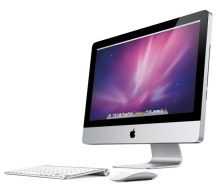 If you can’t go a day without bolstering your knowledge of malware prevalence, step out off that ledge, for Sophos has just the informational tidbits you’ve been seeking. Researchers at the firm have found that one in five Macs contain Windows malware, and one in thirty-six Macs contain Mac malware.

For the study, researchers checked out 100,000 Macs over a seven day period. Aside from the one-in-five and one-in-thirty-six numbers, the researchers also found that — big surprise — the Flashback Trojan is responsible for most of the Mac malware. Sophos senior technology consultant Graham Cluley notes that though Windows malware is seven times more prevalent on a Mac, that carriers are generally Macs that have a Windows partition.

Interestingly, due to Mac users generally not employing the use of antivirus software, some of the malware found on the machines in the study dated back to 2007. Cluley puts the idea of Mac malware into perspective:

“Sadly, cybercriminals view Macs as a soft target, because their owners are less likely to be running anti-virus software.

Bad guys may also believe that Mac users are likely to have a higher level of disposable income than the typical Windows user. So, they might believe the potential for return is much higher.”

Makes sense, though as someone who pays attention to the security features of most of his devices, I can say that if OS X got a wider spread of better antivirus software, more people would probably employ the use of it.