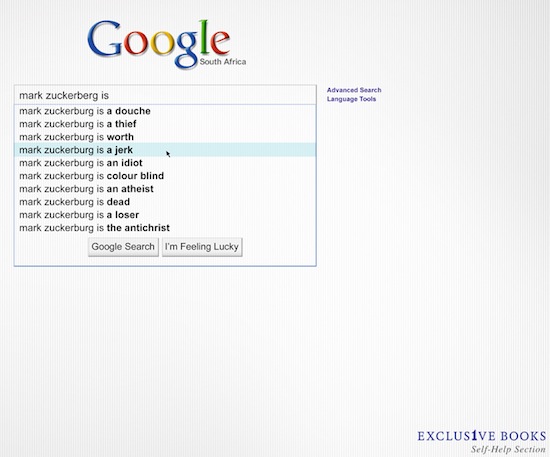 Mark Zuckerberg has been called many things — a punk, a genius, a traitor, a billionaire — but he’s also been called some unkinder things, and not just by people trying to promote some movie, but by random people searching Google. Publisher Exclusive Books makes a point of this fact in this ad for self-help books: All of the above are actual popular Google searches that follow “Mark Zuckerberg is.”

To those who think that he’s a thieving colorblind loser Antichrist, Zuckerberg is still “doing things that no one in this room, including and especially [you], are intellectually or creatively capable of doing.”