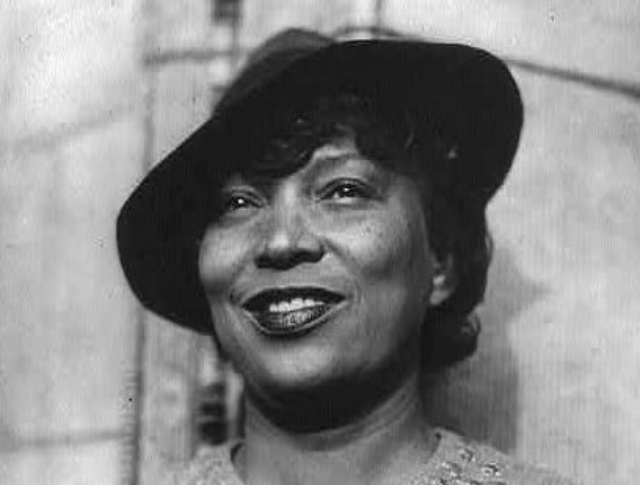 Zora Neale Hurston, most well know for Their Eyes Were Watching God, is a fascinating figure of the Harlem Renaissance and black female authorship. While Their Eyes has made itself into the canon of prominent black works, it took a long time for that to happen and much of Hurston writing career was hindered by the fact that she did not kowtow to the mainstream ideas at the time of how to depict blackness. So when I heard that unpublished work of Hurston’s was finally being released I was excited, but not surprised.

In addition to being an author, Hurston was also a cultural anthropologist when it came to researching black cultures and folklore in the Caribbean and the South. This unpublished work is entitled Barracoon and it is about Cudjo Lewis, the last surviving person of the slave trade. In 1927, Hurston interviewed him for the first time in Plateau, Alabama and she returned in 1931, when Lewis was 98-years-old and spent three months there to full take down all of the details of his life “memories from his childhood in Africa, the horrors of being captured and held in a barracoon for selection by American slavers, the harrowing experience of the Middle Passage packed with more than 100 other souls aboard the Clotilde, and the years he spent in slavery until the end of the Civil War.”

What is extra horrifying is that the Clotide slave ship brought slaves to this country illegally, because, by 1860, which is when the ship captured Lewis, the slave trade had been outlawed for almost fifty years. Yet a group of rich white men from Mobile, Alabama decided to “see if they could evade the law and bring in a shipload of slaves.”

This kind of work is extremely important. Slave narratives from former slaves are one of the best ways we hold on and remember the true human price of slavery.  I am also not surprised this book was not published. The description mentions Hurston capturing Lewis’ “unique vernacular” and one of the things she was heavily criticized by other black male writers at the time was that she made her characters sound uneducated and common. Especially Richard Wright, who said Their Eyes Were Watching God carried “no theme, no message, and no thought” (“Forward” by Mary Hellen Washington in Their Eyes Were Watching God).

Slavery was a trauma that some black writers were trying to move forward from and the modern Northern cities were the place to discuss black progress and stagnation, not the South. Hurston never followed their lead just because they told her too and as a result, her work fell into obscurity until the 70s when black female authors, especially Alice Walker (The Color Purple) fought to ensure that her work had a place beside the other great writers of the Harlem Renaissance.

I look forward to reading this work because not only should the story of Cudjo Lewis and the Clotilde never been forgotten, but the legacy of Zora Neale Hurston deserves to be recognized.

According to Harper Collins, the book will be released May 8th 2018.

(via The Root, image: Library of Congress)