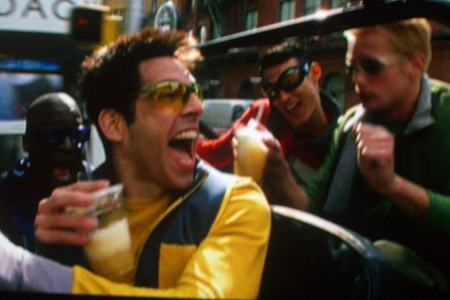 Only nine years after the original Zoolander made orange mocha frappuccinos, Mugatu, and centers for children who can’t read good household phrases in a select number of households, it sounds like the Zoolander sequel that Ben Stiller has been dropping hints about on and off for the past few years just may see the light of day.

Tentatively titled Zoolander 2, Ben Stiller and Justin Theroux — who wrote Tropic Thunder and Iron Man 2, and will direct the new movie — are already onboard, reports Nikki Finke. Also — brace yourself — Jonah “that guy in Superbad” Hill may be the villain.

We’ve learned that Ben and Justin are working on the script together, and Theroux is going to Fashion Week in Paris to “immerse himself on what is current in fashion”. “It’s got momentum,” a studio source just told me. Everyone’s hoping Owen Wilson co-stars again but no deal is set. The villain likely will be Jonah Hill who’s in negotiations.