Zack Snyder Shares Image of Young Darkseid From His Version of Justice League, How Fun 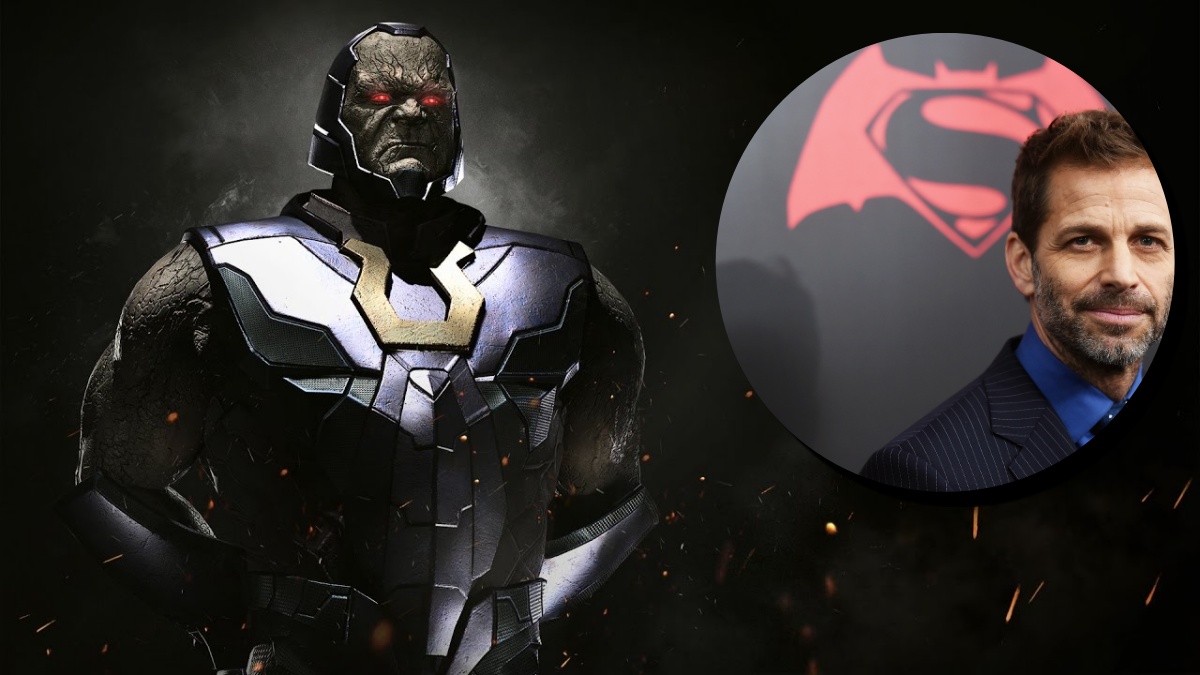 Zack Snyder may have future projects unrelated to the DC Expanded Universe, but no matter what he does next, the specter of the Snyder Cut of Justice League will be following him forever. He feeds this beast by giving a lot of interviews and talks here he piques the interest of those wanting to see his vision come to pass. So on Father’s Day, Snyder went on Vero and celebrated by giving fans a black-and-white taste of what his Darkseid could’ve looked like.

First of all, Darkseid is the “king daddy,” so this was a good choice, Mr. Snyder, and I will look adoringly at said image because I do love me some Darkseid. Secondly, in the image, we see Darkseid (being called by his birth name Uxas) and he is using the Anti-Life Equation, a weapon that spreads hopelessness, despair, and destruction.

We already know that Darkseid would have played a bigger role in Snyder’s version of the movie, because it was meant to be a two-parter with Darkseid being introduced at the end and then serving as the true big bad in Justice League 2, which was supposed to come out June 14, 2019, before it was canned.

I have always been critical of the concept of the Snyder Cut, because I truly do not think that a Snyder version of the movie would necessarily be good. The problem with Justice League as a movie is that it does not earn the big moments it is trying to earn. A villain like Darkseid needs to be teased out and have a lot more interactions with Superman before being turned into a big baddie. That’s my take, at least.

Still, after reading a piece in The Ringer that spoke the concisely and empathetically about the people behind the Snyder Cut “movement,” it made me realize that my problems about the hype surrounding the Snyder Cut are both frustrations based on parts of fandom allowing a lot of toxic behavior and a general disappointment of how Snyder has handled the universe.

I am not a fan of his DCEU, therefore, I’m not really clamoring to see his version because I genuinely don’t feel it would do justice to the characters. Also, the DCEU has done so much better since letting go of Snyder’s vision and allowing other people with their own sensibilities go behind the camera and sculpt the world.

The DCEU doesn’t need a Snyder Cut of Justice League and therefore they don’t have a deep inclination to want to give a copy up. BvS and Justice League critically bombed and while they made money considering the intellectual property that was being presented on the screen, the fact that Venom did better than Justice League is a mess.

Justice League lost 60 million dollars. Batman v Superman had a historically sharp drop that has only been recently matched by Dark Phoenix, where a film with the two biggest and most important superheroes in the world it made $873.6 million, only $20 million more than Venom. Venom. Aquaman made more money.

All that being said, in a twist, I do think that Warner Bros. should do what they do best. Turn his storyboarded ideas into an animated film that will allow him to do all this stuff but with a smaller budget. Release the Snyder Cut as an animated two-part movie and just be done with it. People want this and people are craving it and clearly, Snyder has a vision for it he wants to share. So just let them do it, they literally have nothing to lose because people will watch it and honestly it’ll give then good faith with a lot of Snyder fans who want this and want it to be done well.

So … animate the Snyder Cut!