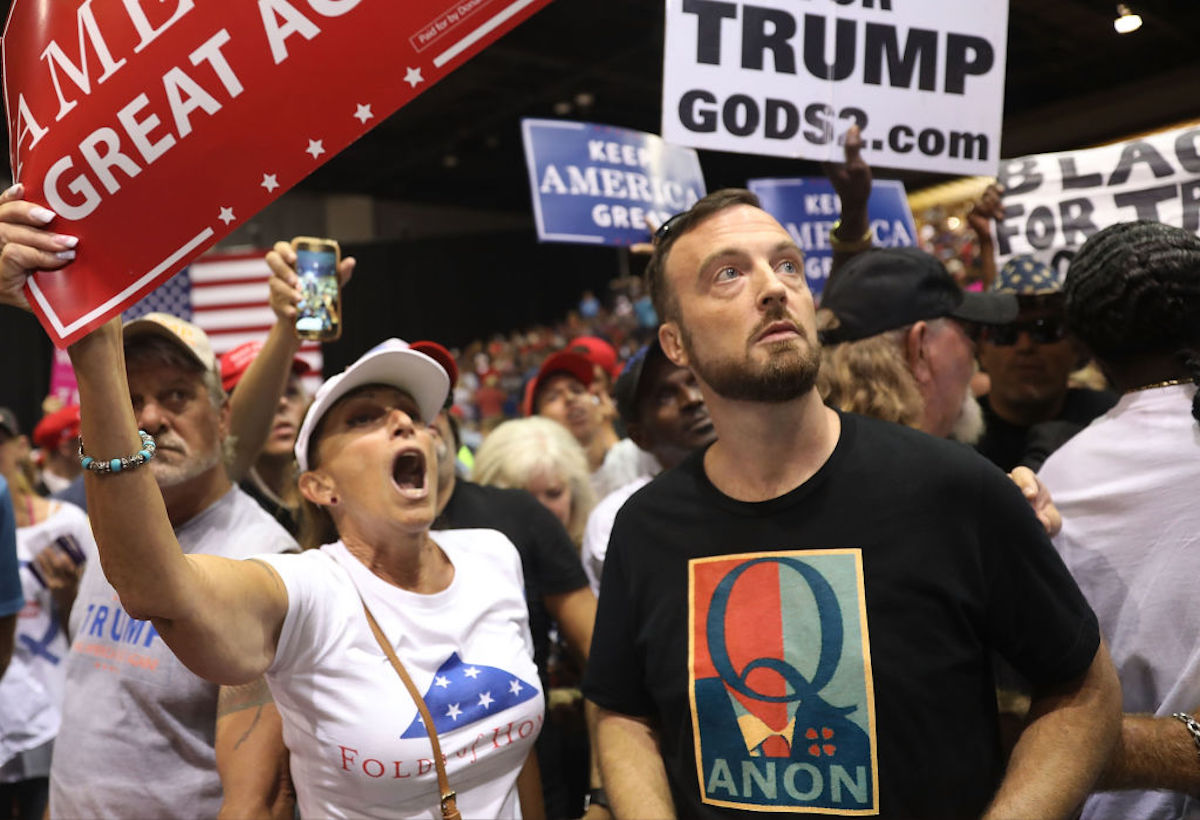 QAnon is a terrifying and powerful force right now. The conspiracy theory has convinced people that there’s a secret cabal of deep state Democrats and celebrities who are killing babies and trafficking children for Satanic purposes, and the only person who can stop them is Donald Trump. QAnon has been able to spread thanks to misinformation posted on social media, especially Facebook, and platforms like YouTube. Now YouTube is stepping up to join the ranks of companies enforcing stricter bans on QAnonsense, but will it matter?

Facebook has been trying for months to stop QAnon content from spreading, instituting bans with increasing breadth and strictness. Earlier this month Facebook banned ALL QAnon related content. This follows a Twitter ban on QAnon that was started in July. Now YouTube has announced they will be upping their efforts to stop the proliferation of QAnon and other conspiracy spreading content on their platform.

YouTube announced in a blog post that the company is “taking another step in our efforts to curb hate and harassment by removing more conspiracy theory content used to justify real-world violence.” What does that mean though? YouTube is expanding its existing policies to include a ban on content that  “threatens or harasses someone by suggesting they are complicit in one of these harmful conspiracies, such as QAnon or Pizzagate.”

That’s good, but it’s awful that it’s taken so long for this to happen. As with the Facebook and Twitter bans, this feels like companies trying to put the milk back in a bottle after it has already spilled. And started getting moldy and making your whole kitchen smell and damaging the floorboards and maybe starting an ant infestation in your house too.

I do want to be fair here though. I can understand why YouTube and other platforms want to be cautious when banning anything because they don’t want to be seen as censors. They are erring on the side of free expression which is, in general, a good theory. But we’ve seen in the last decade how much “free expression” can be manipulated by people with bad intent. And it’s those people we really should be worried about the most.

It’s easy to blame platforms like Facebook, Twitter, and YouTube or allowing this content to spread. After all, it often seems like they are the only ones who can do anything to stop the spread of insanity like this. But the real problem is not the platforms, but the content itself and the fear and bigotry that fuels it. The biggest problem is the people who are so willing to believe in this.

The QAnon conspiracy theory is actually the latest in a centuries-old myths about certain groups—be they witches or Jews or Satanists or Democrats—secretly killing or harming children and using their bodies for various evil things. This was an accusation in medieval and Renaissance witch trials. It was a core idea of the so-called “Satanic Panic” in the 1980s. The only difference now is that these dangerous fake theories are reaching more people faster thanks to social media, and have taken on a terrifying legitimacy with people who espouse QAnon principles running for Congress.

So it’s good that YouTube is stepping up, along with others, but that won’t stop the people behind Q from using other platforms where the worst of the internet lives. The only thing that will really stop this kind of thing is if we change the way our society treats “opposition” or Othered groups, and we finally stop turning to false devils at any moment of political unrest.