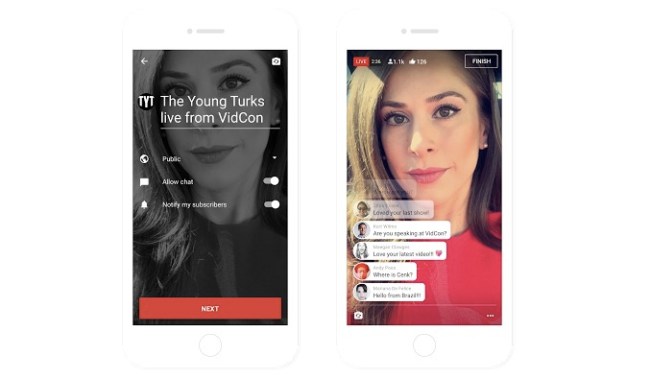 As a post on YouTube’s creator blog so tactfully reminds us, YouTube has been into live streaming video since “before it was cool.” (That’s 2011 to be precise, which I would assert was way cooler than 2016, but that’s a whole other conversation.) Competing services like Periscope and now Facebook Live have stolen the spotlight, but YouTube’s got some plans to take it back.

Whether or not those plans work is kind of a tossup. Both of those other apps are dedicated platforms for Twitter and Facebook respectively, which gives them a built-in advantage. As much as it might hurt YouTube’s feelings to admit it, yes, they did make live streaming “cool” through ease of use and integration with popular social media platforms. In the tech world, who’s first to a technology isn’t nearly as important as who drives its widespread adoption—a lesson Apple, for example, has taught frequently.

That’s not to say that YouTube live streaming doesn’t have its own benefits. They point out that 21 million people watched their Coachella live stream this year, but that’s generally a different kind of live stream than Periscope and Facebook Live are interested in. The latter two are more geared towards grassroots, social video sharing than TV-scale productions. That’s the disparity that YouTube is planning to address by adding intuitive live streaming functionality right into their mobile app.

YouTube is such a ubiquitous video platform that it could work, but their similar efforts in video game streaming have done little to change the fact that Twitch is the dominant force in that space. They’ve got their work cut out for them if they want to overcome the existing user base of the social media giants and their live streaming solutions. But hey, if they fail, at least they can just claim the overwhelming popularity of live streaming has made it uncool and it’s sold out, right?