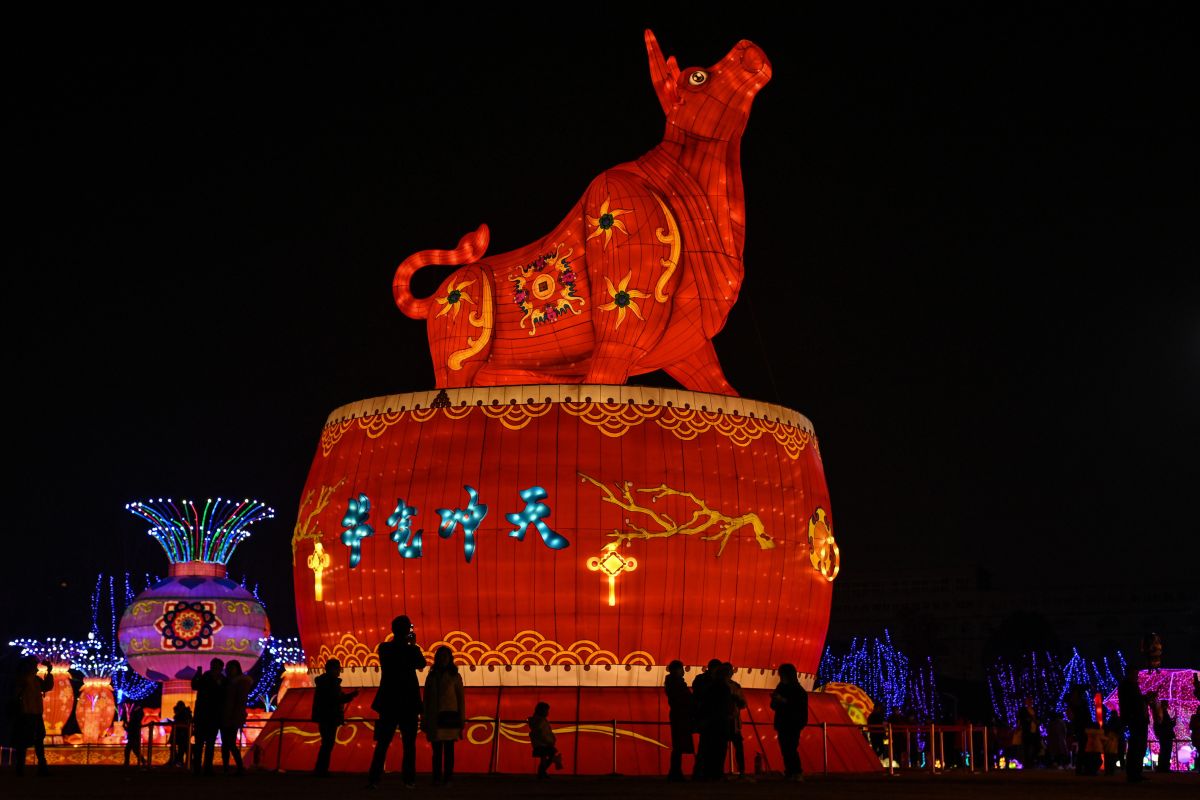 Gong hei fat choi and happy New Year! Yes, the year of hell is finally over, and that’s worth celebrating. Now, Americans and other westerners may be asking “wasn’t the New Year like … six weeks ago?” But that’s only true if you believe in the arbitrary Julian and Gregorian thing where January 1 is the New Year. I’m talking about the Lunar New Year, which is way more fun, and since our last try at a new year and a fresh start failed miserably, we’re going with this one.

Lunar New Year happens at the second new Moon after the winter solstice, so it moves. It’s often called Chinese New Year since it’s probably the biggest holiday of the year in China, but it’s also celebrated throughout Asia, so calling it Lunar New Year is more accurate. Each year is named for one of the twelve animals in the Chinese Zodiac, who also cycle through the five elements, which means a full cycle takes 60 years. So, for instance, if you were born in 1983, you’re a Water Pig, but if you were born in 1995, you’re a Wood Pig.

The year that’s just ending right now is the year of the Rat, which is actually the first in the cycle, and there’s a very fun story about why. Long ago the Jade Emperor, a legendary figure in Chinese myth, wanted to select 12 animals to be his guards, so he held a great race. The Ox got up very early for the race and caught the attention of the Rat, who was also competing. The Rat, being sneaky, simply jumped onto the Ox when they forded a river, then jumped off the Ox to win the race.

So, yeah, the Rat kinda cheated. And the animal who came in 13th, who the Rat screwed over and isn’t in the Zodiac? The Cat, of course! Which is why they hate rats!

When we think of Lunar New Year, we usually think of lion dances or dragon dances (and yes, they are different), as well as fireworks and red lanterns, but especially right now, not all of those things are accessible. But there are also a lot of fun Lunar New Year traditions that I think anyone can enjoy if they want to celebrate, and honestly, this latest year of the Metal Rat has been absolutely terrible, so why not celebrate a change?

One of the simplest traditions—which, granted, isn’t super fun—is cleaning your house and taking a shower or bath to make sure you go into the new year with everything clean and in order and get rid of the crap and baggage from the last year. Another easy tradition to bring into your home is a big New Year meal. Make sure you have leftovers to bring the prosperity of the meal into the new year!

Lunar New Year is a big time for families to come together and have a big feast, and some of the traditional foods are even considered good luck … because of puns. “Bok choi” sounds a lot like “fat choi,” which means good fortune, so it’s seen as a symbol of good luck. You’ll even see small bok choi figurines in China that are good luck charms.

Also lucky: citrus and “good fortune fruit” like pomelos. In my family at New Year, it’s tradition to bring fruit to the house where you’re sharing the new year meal. But, never bring four pieces of fruit as the number four is associated with death. (Another pun as the words for four and death sound very similar).

The most common tradition for New Year, and indeed almost any holiday in China, is Lucky Money—also called hongbao in Mandarin or lai see in Cantonese—is an extremely important tradition, and it’s not just about little red envelopes of cash. At New Year, giving lai see is about giving someone the wish for a good new year. During New Year, it’s tradition for younger people (usually kneeling) to wish their elders good fortune in the new year and tell them their wishes for them, then they do the same for the younger person and give them lucky money!

You only have to give lucky money if you are married. Yes, the money is fun, but it’s a really wonderful and personal way to tell your family, friends, or loved ones what good things you hope will happen in the New Year.

So, to you Suevians, I hope your year of the Ox is filled with health and safety and healing, that soon we’ll all be together at cons and movie theaters, doing the geeky things we love with lots of hugs and laughter! Happy New Year!