Yashahime and the Frustration of Absent Parent Sequels 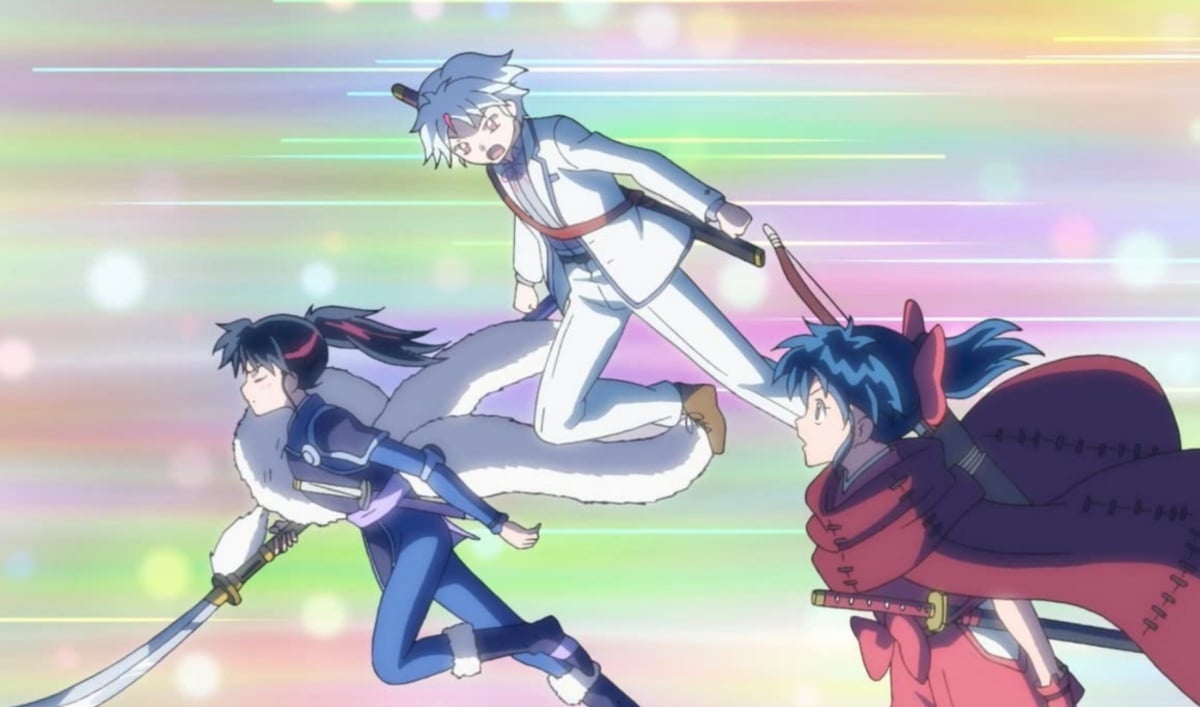 Last month the InuYasha sequel series Yashahime: Princess Half-Demon aired, a spin-off sequel series featuring the children of InuYasha and Kagome, Sesshoumaru and probably Rin, and Sango and Miroku. With five episodes out so far, the series has been fine, but it reminds me of a general frustration I have with sequel series: the bad parent trope.

Twin half-demons Towa and Setsuna (Sesshoumaru’s daughters) were separated during a fire as children and Towa was transported into the future where she was raised by Kagome’s brother, Sota. Setsuna became a demon slayer and has no memories of her childhood, same as Towa before the fire. Moroha, who is the teenage daughter of Inuyasha and Kagome, also has no memory of her parents.

Back when The Legend of Korra came out, the sequel series to Avatar: The Last Airbender, one of the weird things was how absent and negligent every single member of the Gaang seemed to be as a parent. Aang prioritizing his airbending son Tenzin over his two elder children already seemed weirdly out of character, but the idea that Katara didn’t step in and tell him to get his shit together made it even more unrealistic. Toph not only became a cop, but was also an absent mother who let her daughters feel pitted against each other.

Zuko gets best parent award for just saying that he went to go protect his daughter when world leaders were being attacked.

Boruto: Naruto Next Generations has the titular character having a complicated relationship with his father, Naruto, and it just feels so agonizingly frustrating. Even Harry Potter and the Cursed Child has Harry not being able to connect with his youngest, poorly named son Albus Severus because he’s sorted into Slytherin and for plot reasons. This trope feels exhausted.

In Yashahime, despite a lot of characters being alive for some reason and a lot of the old players being involved, the connection between these children and their parents is non-existent. At this point, Kikyou is more relevant to their lives than their parents, which as a Kikyou stan amuses me, but as just a fan of good storytelling, it is … irritating.

Add to that the way Kagome and whoever the canon baby-momma of Sesshoumaru’s kids has just be been present in the marketing and it is a sad reminder of how often series don’t get that knowing how to write relationships is important. Considering how so much of the genre is about letting your teenage kids do something reckless for the character building, there is no real reason for the parents to be absent. They could just be like “protags gonna protag” and let them be on adventures.

One of the fun things about Dragonball as a series is that since the characters have been allowed to age and Super especially has become super domestic, we actually have a better understanding of these characters as parents, husbands, friends, etc. Goten and Trunks go off and do weird adventures by themselves all the time without an issue, so why can’t Towa, Setsuna, and Moroha just be going on their own chosen one destiny and have moments where they go home to recoup?

For me, part of the fun of a sequel series is seeing the old character evolve and change in little ways. It says a lot that the best episode of Yashahime thus far is the first one, because it is just a nostalgia episode. I hope that eventually, they will just trust that we care enough about these new characters to not feel the only way to let them develop is to ignore they have parents.