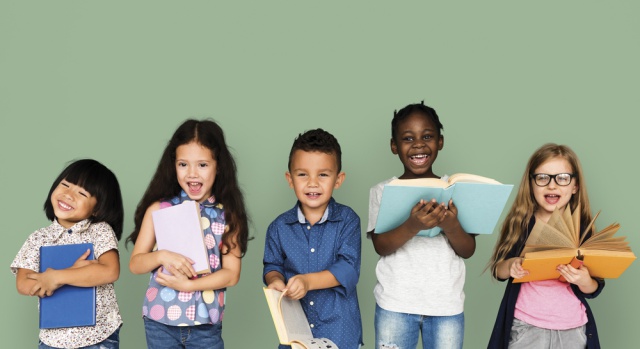 At this point, it feels like the conversation about diversity in books should be a simple one. We need more of it because the majority of books being published by major publication houses are white and straight and that needs to change. Done? Nope. A user from Twitter used the platform to let everyone know that she had a “hot take” on diversity

few things whiter than a white person yelling the status quo & calling opposition to inclusion “controversial” rather than the norm pic.twitter.com/iv341HIGdz

Now, this person may be a troll or someone who is just deeply out of touch with representation issues, but as we now live in a world where Nazis are screaming about “not being replaced” it’s important that we don’t dismiss these thoughts as fringe. Representation issues are still getting pushback and sometimes just out of fear.

Just this August Vulture published an article titled “The Toxic Drama on YA Twitter” about a book called The Black Witch which faced a lot of pushback from people before the book was out because one reviewer wrote a 9,000 word post about how she found “The Black Witch is the most dangerous, offensive book I have ever read” and that the book’s anti-prejudice stance was really a book “written for the type of white person who considers themselves to be not-racist and thinks that they deserve recognition and praise for treating POC like they are actually human.” Now, as someone who frequents Goodreads and has had her own strong opinion about YA books I honestly didn’t see the big deal. However, publishers did.

Publishers are so afraid of getting pushback on Twitter about race that they are encouraging their authors not to write diversity when they are white. Something I find to be both troubling and infuriating.

One New York Times best-selling author told me, “I’m afraid. I’m afraid for my career. I’m afraid for offending people that I have no intention of offending. I just feel unsafe, to say much on Twitter. So I don’t.” She also scrapped a work in progress that featured a POC character, citing a sense shared by many publishing insiders that to write outside one’s own identity as a white author simply isn’t worth the inevitable backlash. “I was told, do not write that,” she said. “I was told, ‘Spare yourself.’”

I find this troubling because considering how many diversity in book panels and events I go to every year at Book Con or Comic Con I hear all the time about the thirst and excitement people get about seeing new characters of color in books they love. I find it infuriating that publishers are encouraging their authors not to be inclusive out of fear. Now, I know that the internet and Twitter can end up being an echo-chamber, but it can be intimidating to be on the receiving end of that.

And the fact is that marginalized groups have the right to be suspect when their stories are appropriated by people outside of their community. They have seen themselves be screwed over time and time again, if you as a writer are choosing to tackle a story dealing with a community outside of your own personal knowledge then it is your responsibility to do the research. In the list of books, the author lists of having had “Twitter controversy” are:

In recent months, the community was bubbling with a dozen different controversies of varying reach — over Nicola Yoon’s Everything Everything (for ableism), Stephanie Elliot’s Sad Perfect (for being potentially triggering to ED survivors), A Court of Wings and Ruin by Sarah J. Maas (for heterocentrism), The Traitor’s Kiss by Erin Beaty (for misusing the story of Mulan), and All the Crooked Saints by Maggie Stiefvater (in a peculiar example of publishing pre-crime, people had decided that Stiefvater’s book was racist before she’d even finished the manuscript.)

All of these writers may have come in with the best intentions with their books and a reader (or readers) may not have seen those intentions. It does not mean stop trying. Hell, it doesn’t even mean your book is that thing, but it is important to not allow criticism to become an excuse for moving backward.

Not to mention, are the people making the criticisms people in those groups? The reviewer of The Black Witch book, Shauna Sinyard, is at least from what I’ve seen a white woman, which doesn’t invalidate her opinion, but at the same time I just side-eye the fact that publishers are going to say stop writing books with POC based on the opinions of white allies?

The point is I know plenty of white authors who have written compelling POC characters: Libba Bray, Ben Aaronovitch, Sarah Ockler, and those who are still struggling to even get books published with non-white leads. There are people willing to put in the work because they understand something our dear Twitter user above did not: representation matters. It matters because everyone deserves to see themselves reflected in things that they love for one, but also because for those who grow up in communities where they have limited exposure to POC it’s important to get it right.

So white/straight/able-bodied authors who want to write books with characters not like you, please continue to do so, but just know that when you do you have a responsibility to do it right.