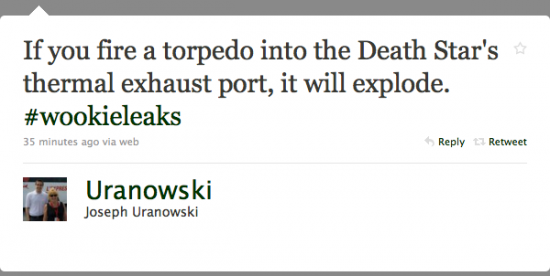 Chalk up another victory for the devious insurgents whose terrorist actions killed millions aboard a single Imperial space station just last year. The Rebels have published leaked documents stolen from under the noses of our brave, honest Imperial troops, possibly through the reported use of one “little droid.”

Seditious citizens have been perusing the data, announcing egregious findings as they encounter them with the hashtag #wookieleaks.

We have reproduced some of the most shocking revelations below, so that you might avoid them in their entirety. 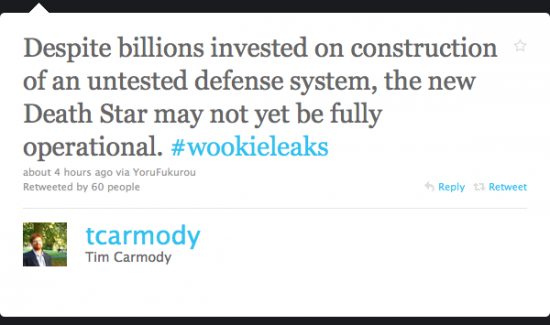 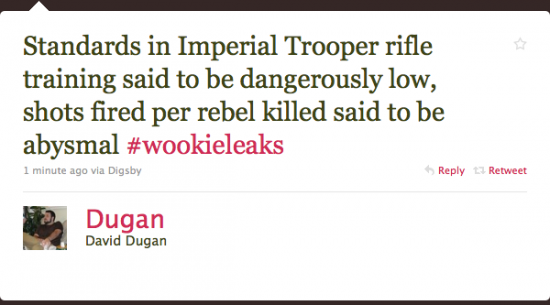 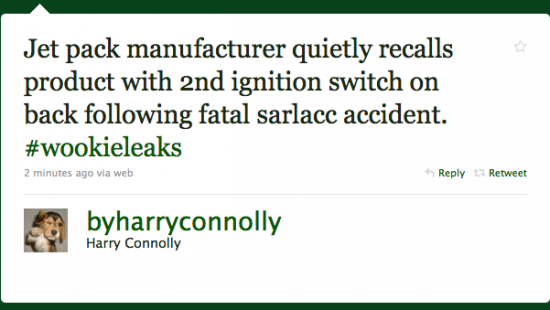 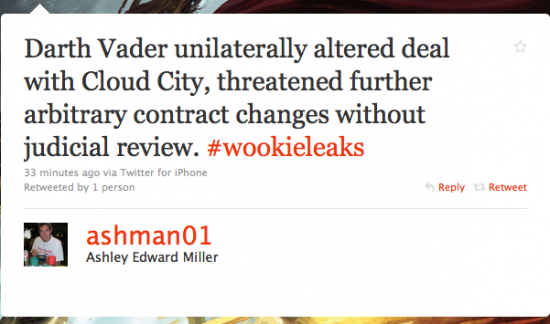 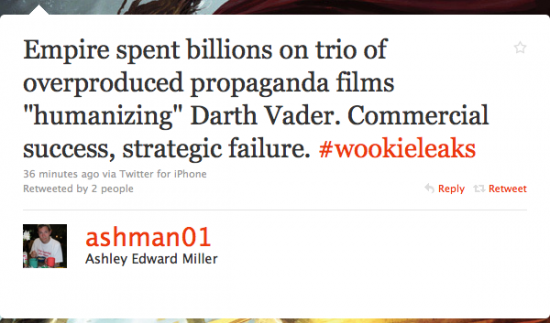 And the award for most unintentionally relevant Twitter background goes too…