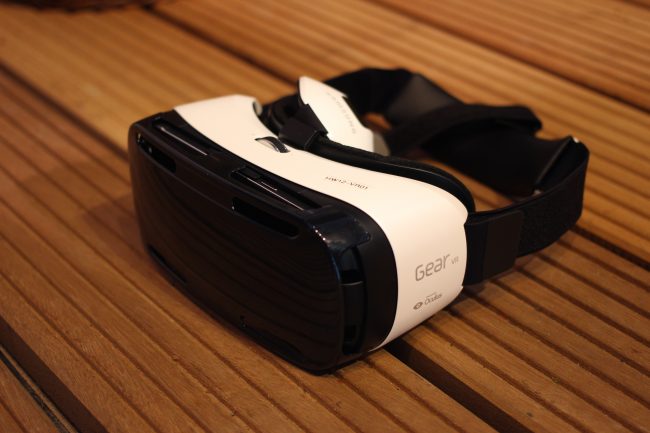 Back in September, Maddy wrote about Hulu’s push into virtual reality and how they aimed to bring not just immersive virtual storytelling to their lineup but also news that would follow the same style. While many were–and remain–dubious of how that would work, immersive journalist Nonny de la Peña set to work alongside immersive journalism studio Emblematic Group, creating a proof of concept for how something like that might work. She was commissioned by the proposed Women’s History Museum in D.C. to create a VR experience that explores the previously untold story of Mary Katherine Goddard, the first printer of the Declaration of Independence.

In an interview with The Creator’s Project, de la Peña said, “This is going to be a very forward-facing museum and it’s going to use the kind of tech that will attract all audiences. I’m sure no congressional report has ever had a VR component to it before!” It’s interesting to think that the story of the woman who first conveyed declarations of independence is being told in another first-time format.

As well, Goddard’s story is incredibly similar to that of other prominent women throughout history in that they’re just not told. There’s a lot of women who have been just straight up written out of the history books. Being able to share their story is one thing, but also making use of an innovative new technology to do it just seems right.

Virtual reality has the distinct advantage of really immersing somebody into a story, often eliciting strong reactions (physically and emotionally) that then translate into a much deeper memory of what’s going on. Whether de la Peña’s project will accomplish the same remains yet to be seen–the project is, after all, still seeking funding through Indiegogo. Additionally, the Women’s History Museum is only set to report to Congress in November. So the idea and the thought of these two things remain solely in the world of concepts and imaginings.

While having a museum dedicated to women’s history would be a wonderful thing, it’d be something special indeed to have that museum continue to blaze trails, just as the subjects of its exhibits did, too.