Women Are Running the TARDIS in Book Collection | The Mary Sue

Women Are Running the TARDIS in This Upcoming Doctor Who Collection

Doctor Who is determined to fill everything you love with women and if you have a problem with that, then really that is just too bad for you. 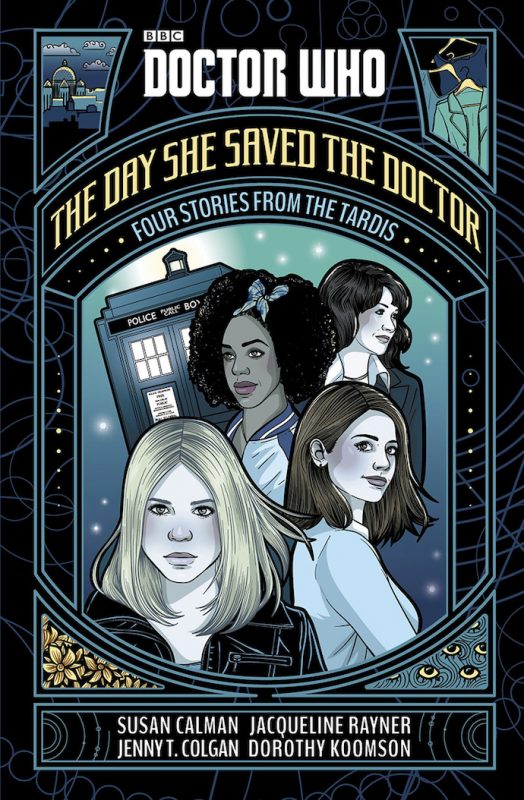 An upcoming Doctor Who novel titled The Day She Saved The Doctor: Four Stories from the TARDIS features four of the Who companions in stories written by…women!!! Jacqueline Rayner, whose written many Who novels, along with Dorothy Koomson, Susan Calman, and Jenny T. Colgan.

Right now there are not many details about what is going to be happening in this collection. What we know thus far are the companions that will be featured: Rose Tyler (meh), Clara Oswald (meh), Bill Potts (woot), and Sarah Jane Smith (tears spring eternal).

Regardless of the fact that my favorite companion hasn’t been featured (coughDonnacough) I’m still really excited that there is going to be this middle-grade/young-adult collection for young female fans of Doctor Who (boys can love it too, of course). Even though there are so many women in the Doctor Who fanbase, sometimes it can be overwhelming or hard to get into “geek” spaces because so much of it is coded male. Most of the DW novels have 9, 10 or 11 right on the front of the cover with their female companion in the background.

This book has the companions front and center. It is also a good mix of women: Rose, who was a great working-class, everywoman heroine.  Clara…she’s nice (I’m sorry, I’m sorry Clara fans). Bill who is an awesome lesbian woman of color, and a great way to expose young women to differences early. And Sarah Jane Smith…the legend. The Queen. A heroine who is a grown woman still living an exciting life.

I’m super excited that young fans of the show will get to read stories about women kicking butt. I hope that they will also expand the series to include more of the companions (coughDonnacough) and maybe even find a way to have all the female companions work together? I mean if we are going to be messing with the flow of time we might as well right?

In addition to these books, Jodie Whittaker will also be staring in audiobooks and other later novels as the 13th Doctor ensuring we will get all of our 13th Doctor goodness!

Turn in this Christmas to see history in the making as Peter Capaldi takes his final spin as the 12th Doctor and Jodie Whittaker rises as 13!

(via Geek.com, image: The BBC)