Michelle Wolf: It’s Not Anti-Feminist to Not Support Women Like Sarah Huckabee Sanders 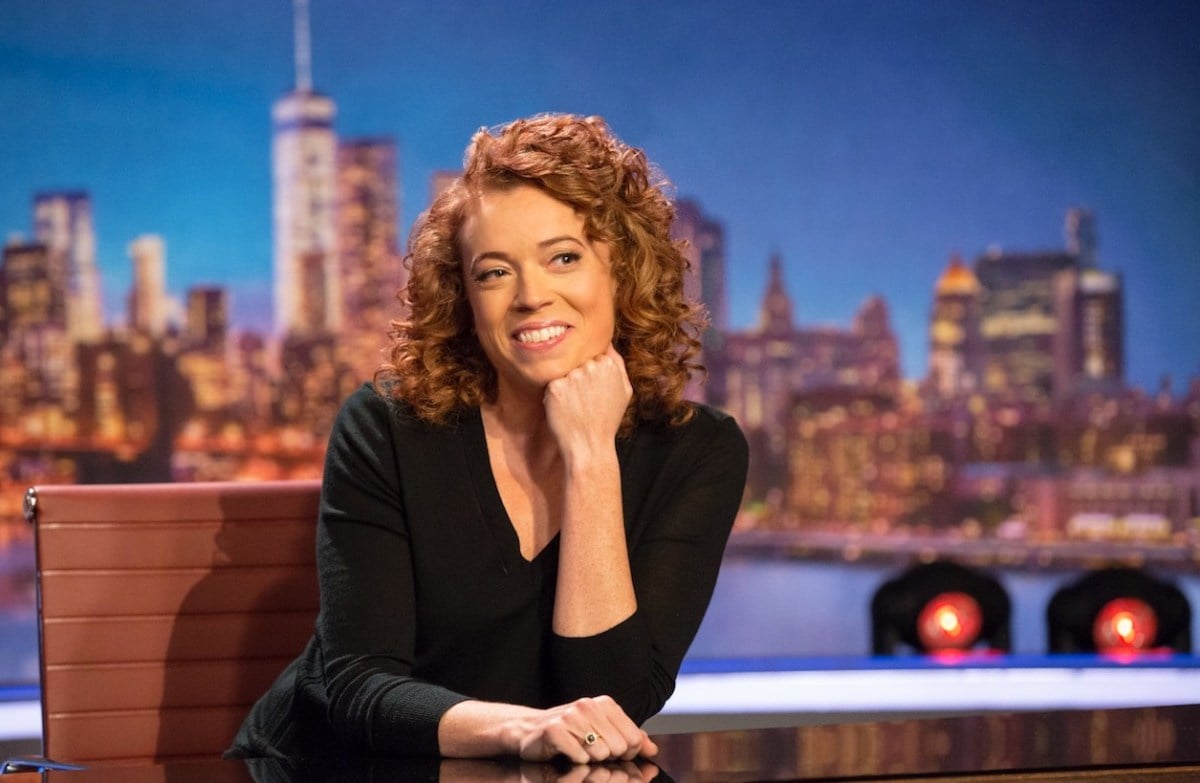 The Break with Michelle Wolf had its premier episode on Sunday and it’s a real treat. The comedian opened up with jokes about the NFL, Elon Musk, and Mario Batali and moved on to sketches and other hilarious segments. In her opening, Wolf says, “The show is called The Break with Michelle Wolf  cause it’s literally a break, also my name is Michelle Wolf. I’m not going to try to teach you anything or discuss political policy with you. I guess I’m sort of like a cable news show in that way. On The Break we will joke about whatever we want. Seriously, we’re on Netflix. We don’t have any sponsors.”

It’s more of a shot at cable news TV, though, because while The Break doesn’t treat itself too seriously in addressing current events, Wolf is anything but non-political. In one especially great moment, she takes shots at the idea that feminism means blindly supporting other women—it’s an especially popular talking point directed towards women who critique members of the Trump administration like Kellyanne Conway, Ivanka Trump, or Sarah Huckabee Sanders.

Of course, the joke comes not too long after the White House Correspondents’ dinner, where some viewers were especially upset about Wolf’s Sanders joke, “She burns facts, and then she uses that ash to create a perfect smoky eye.” It’s not a shot at Sanders’ appearance, but people took it as such. Wolf has stood behind her jokes and she takes it several steps further on The Break.

“Do women have to support other women?” asks Wolf. “No, of course not. If we did, Hilary would be President and I don’t think she is. But more and more women are achieving positions of power. Like this week Gina Haspel was sworn in as the first female director of the CIA. Now, I didn’t watch her swearing in, but I did hear it was torture…Who knew you could waterboard a glass ceiling until it broke!”

“And for the record, that was not a looks-based joke. That was about her ugly personality,” Wolf adds. “She has the Mario Batali of personalities. Look, there’s nothing anti-feminist about not supporting certain women.” It’s the perfect segue into another fantastic segment titled “Top 5 Women I’m Not Supporting Right Now.” (Some are clear choices and some less so. I’m not going to ruin it.)

Wolf is consistently funny and viciously cutting—giving her a show is an A+ move. The entire episode is fantastic, and Amber Ruffin whom we love from Late Night with Seth Meyers is the guest for a segment called “The Breakdown”!