Why Are People Still Excited to Work With Woody Allen? 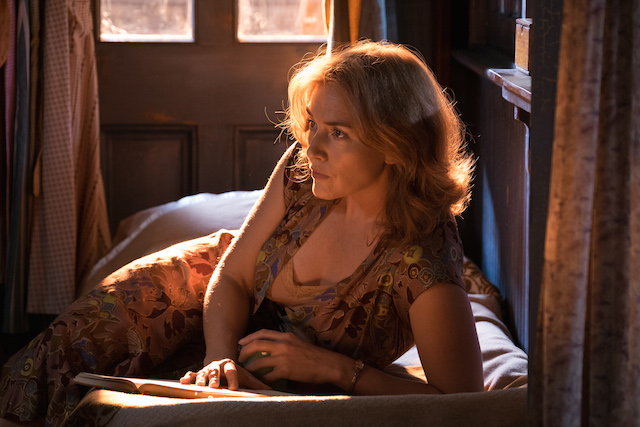 New images of Woody Allen’s next movie, Wonder Wheel have been released, which served as the usual semi-annual reminder that he’s still making movies, and that people I like and respect are still choosing to work with him. This time around, we have Kate Winslet.

There are always going to be people who brush away allegations of abuse against powerful and respected with “innocent until proven guilty” protestations. (See also: Johnny Depp, Bill Cosby, Roman Polanski.) But those same people have to own up to the fact that they read the firsthand account of his adopted daughter Dylan Farrow and choose not to believe it. (Or that it’s out on the internet waiting to be read and they choose not to.) The same goes for the damning details put on public record during his 1992 custody case with Mia Farrow. They also have to admit they don’t know how statutes of limitations work.

And that’s their right. It’s also our right to think that’s a lazy, bullshit excuse that only serves to hurt victims of abuse and enable their abusers. To say the man’s alleged crimes and his work can be kept separate is a still a choice to support the man, both financially and by keeping his reputation untarnished. It’s a choice to value an artist whose work you don’t want to stop enjoying over his accuser. It’s disappointing when actors we respect make that choice.

On top of all of that, I don’t understand why actors are clamoring to work with him on an artistic level. Have they seen any of his recent movies? His Amazon movie Café Society got tepidly decent reviews, but overall, audiences and critics alike are tired of his go-to intellectual neurotic-meets-quirky woman half his age factory formula. Yet his long-gone legacy still excites plenty of actors. Winslet herself said working with him is “one of those sort of things that you hope to experience as an actress, but you never really dare yourself to even dream it — because it seems so impossible.”

Wonder Wheel is set in 1950s Coney Island, with Winslet playing a clam house waitress opposite Justin Timberlake (wait, what?) as a lifeguard. So at least won’t have to see the usual of Emma Stone falling in love with a man twice her age, as we did in both Magic in the Moonlight and Irrational Man. But knowing what we do about the way Allen pairs his romantic leads, what do we want to bet that this will be presented as a sort of May-December relationship, despite the fact that there’s all of a five-year difference between Winslet and Timberlake?

It’s shocking to me that there are audiences–dwindling as they may be–who still have interest in seeing romance as depicted by Woody Allen, and actors who want to be a part of it.