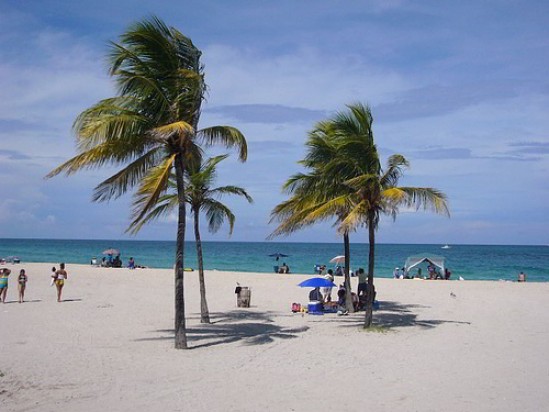 Located in New York, the Geekosystem team has been wondering why this winter doesn’t seem very wintery. It has only snowed once in New York City so far this year, at an oddly early time toward the end of October, compared to this time last year when it literally snowed in 49 states. Right now, it is 45 degrees outside in New York City in the middle of January, with a high of 52. That’s not very cold considering what happened in New Jersey a little over one year ago. Last year around this time, snow cover was at 50% across the country, compared to a measly 19% now. Why is it so not cold this year? Wunderground meteorologist Jeff Masters explains it has to do with an unusual jet stream over the last few months.

If you’re wondering why, exactly, the recorded levels in both the North Atlantic Oscillation and Arctic Oscillation have been so extreme this year, unfortunately, Masters does not have an answer. He explains, “Climate models are generally too crude to make skillful predictions on how human-caused climate change may be affecting the AO [Arctic Oscillation], or what might happen to the AO in the future.” Masters does note, however, that there are links between sunspots and positive values in the Oscillations, and between arctic sea ice loss and the negative values, though neither of these factors explains exactly why we didn’t get snow on Christmas, and why we’re still wearing sneakers outside instead of big rubber snow boots.