Why Is Matt Damon Back for Thor: Love and Thunder? 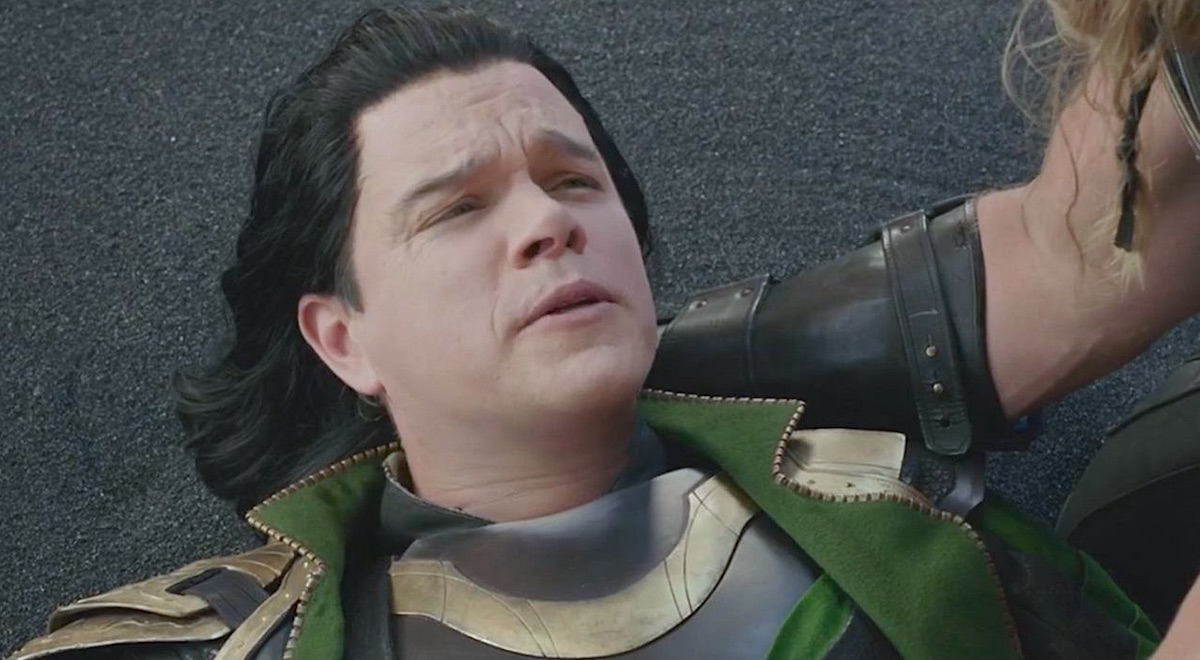 Deadline has a report about Matt Damon and his family’s relocation to Australia for the upcoming Taika Waititi-directed Marvel movie Thor: Love and Thunder. The actor’s appearance in the film seems to have been confirmed by none other than Australian Prime Minister Scott Morrison, who said, “Hollywood superstar Matt Damon joining our homegrown talent to film such a major movie in NSW [New South Wales] is a big win creating thousands of jobs for locals.” So Damon, who had a brief, hilarious cameo in Thor: Ragnarok, is almost certainly back for more in the fourth Thorverse film. Why? How? Well, I have a few ideas.

It’s likely that the Australian government and Damon’s representatives got out ahead of this news because of COVID-19 and the restrictions in Australia. Otherwise, this bit of casting might have stayed as under wraps as Damon’s first Thor appearance, which was kept so secret that crewmembers couldn’t tell their spouses. There’s been controversy about celebrities and athletes being able to touch down in the country when many Australians abroad have not yet been able to return home. Deadline notes that Damon’s team wanted to make some elements of the actor’s relocation perfectly clear:

A statement to local media from Damon’s immigration lawyer noted: “Every aspect of the Damon family’s relocation and quarantine has been privately arranged and funded…their entry will in no way impact or reduce the number of spaces for Australians overseas waiting to return home nor create any burden to the Australian taxpayer whatsoever”.

Okay! Now that we know Damon isn’t an Australian tax burden, what is he doing in Thor: Love and Thunder? If you recall, in Thor: Ragnarok, Damon was seen briefly playing “Loki” in a play on Asgard (written by the actual Loki, who was pretending to be his father Odin at the time). This more heroically styled thespian Loki still “dies” tragically in his brother Thor’s arms as we saw in The Dark World.

In the play, “Odin” is played by Sam Neill, and “Thor” is played by star Chris Hemsworth’s brother Luke Hemsworth, adding yet another layer of winking meta to the production. We only see a few moments of the play, but they’re hilarious, and quickly help to establish Ragnarok’s offbeat, tongue-in-cheek tone.

Damon’s cameo was top-secret at the time, so that critics and audiences alike were surprised to see him there. Now that it’s all but certain that he’s back for Love and Thunder, what could he be doing there? Here are my theories:

We know that Tessa Thompson’s Valkyrie will be back for Love and Thunder. Valkyrie now leads those who survived the destruction of Asgard and Thanos’s “blip.” Since Matt Damon’s character was ostensibly an Asgardian playing the Loki role, he could be there amongst the survivors. We might just see him in another walk-on “acting” cameo. Maybe the Asgardians are putting on plays to entertain themselves, and Damon will continue as “Loki”?

Since Waititi had fun skewering some of the melodrama in The Dark World, I wouldn’t put it past him to mock Loki’s gratuitous death scene in Infinity War.

While we know Chris Hemsworth, Natalie Portman, Tessa Thompson, and Jaime Alexander will all return for Love and Thunder, there’s still no word on Tom Hiddleston as Loki. This is likely because the Loki show has yet to debut, and we have no idea where or when this version of the character will end up. It’s possible that Love and Thunder won’t include Loki, who is technically now an earlier version of himself that didn’t reconcile with Thor.

But since it’s difficult to imagine a Thor movie without Loki, I’m crossing my fingers that Hiddleston will be back in some capacity. It’s possible, however, that for Plot Reasons, the gang needs a “Loki” for appearance’s sake, and so they ask Damon’s character to play him again. Campy hijinks ensue.

Of course, it’s also possible that Damon was playing himself all along. I wouldn’t put it past Loki to grab an Oscar-winning actor from Midgard to play himself in his own play. Maybe Matt Damon will be back playing Matt Damon. Stranger things have definitely happened in Taika Waititi movies.

The length of Damon’s planned stay in Australia, which has been reported as several months, suggests that whatever his role is here, it could be expanded from just a cameo. Then again, Damon could also be planning to hang around Australia longer on vacation with his family (as he’s done in the past) or to minimize criticism by not jetting in and out during quarantine times, for which he is already receiving special dispensation. News.com.au further reports that Chris Pratt, Dave Bautista, and Tessa Thompson are currently under quarantine at a government hotel, and it appears that Karen Gillan is also joining the film as Nebula, so the Guardians are along for the Love and Thunder ride.

Thor: Love and Thunder is now slated for a May 6, 2022 release, a time that seems both impossibly distant and wonderfully promising. A year that is not 2021, and a new Thor movie! Wake me up when we get there.