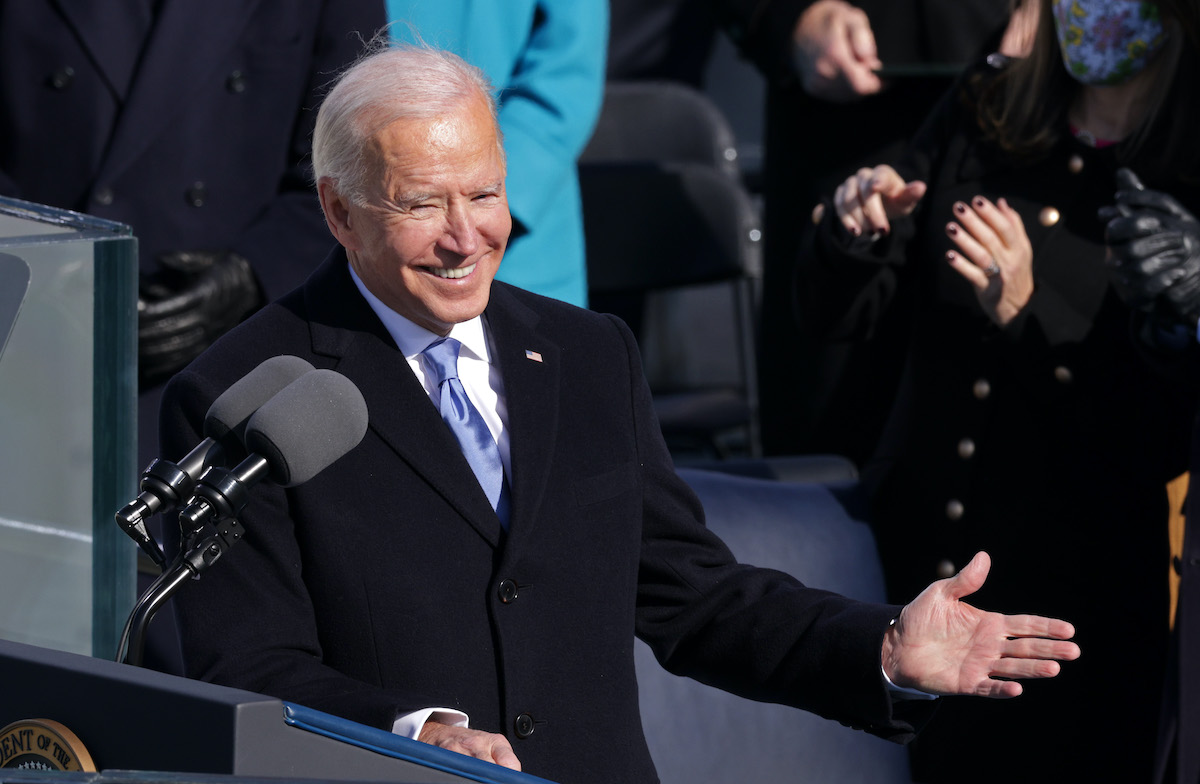 President Joe Biden will give his first joint address to Congress tonight—something we typically know as the State of the Union.

And based on everything we’ve been told to expect from this speech, it sure does sound like the State of the Union. The format will be the same, with both chambers of Congress present and the Vice President and the Speaker of the House sitting behind him—two women for the first time in history. Biden is expected to talk about the successes of his administration’s first 100 days and unveil a number of plans for the year moving forward.

Still, it’s not technically called the State of the Union for the very simple reason that it never is during a president’s first year in office.

CNN writes that “Since 1977, new presidents have not called their first speech before a joint session of Congress a ‘State of the Union.’ They are often referred to as an ‘annual message’ or a message/address on a particular topic.”

This address is happening about two months later than usual due to the global pandemic, and it’s also going to be scaled down. Typically, all lawmakers and cabinet members and their guests, as well as the Supreme Court Justices and other prominent figures are all in attendance. This year, only 200 lawmakers are set to attend, and Chief Justice John Roberts will be the only SCOTUS Justice present.

Normally, members of Congress bring guests that are often meant to represent an issue that is of special importance to them. This year is no exception, although any guests will be attending remotely.

Denied their traditional privilege of inviting a guest to sit in the House gallery for the speech, some lawmakers have resorted to remote invitations. Speaker Nancy Pelosi’s virtual guest is a doctor who runs a community health center for Asian-Americans and Pacific Islanders in her hometown, San Francisco; Representative Sara Jacobs, a California freshman, invited a child-care worker.

Unlike his recent predecessors, it doesn’t appear that Biden has set a particular theme for tonight’s address. Here are some of the things he is expected to talk about:

The Justice in Policing Act calls for a number of reforms at the federal level, including demilitarizing police departments, increasing data collection on police misconduct, and expanding access to body cameras. And Biden is expected to highlight how the bill might help reduce police killings, as well as how it could help address the problems of racial bias in policing.

As for how you can watch Biden’s speech, it’s set to start at 9 PM Eastern tonight, Wednesday April 28th. It’ll be shown on all the major news networks (PBS, NBC, MSNBC, CNN, probably Fox but honestly at this point, who knows?), as well as on C-SPAN and the White House’s YouTube channel, which you can watch here:

Joe BidenState of the Union