Why The Heck Hasn’t The Old Guard Been Greenlit for a Sequel? 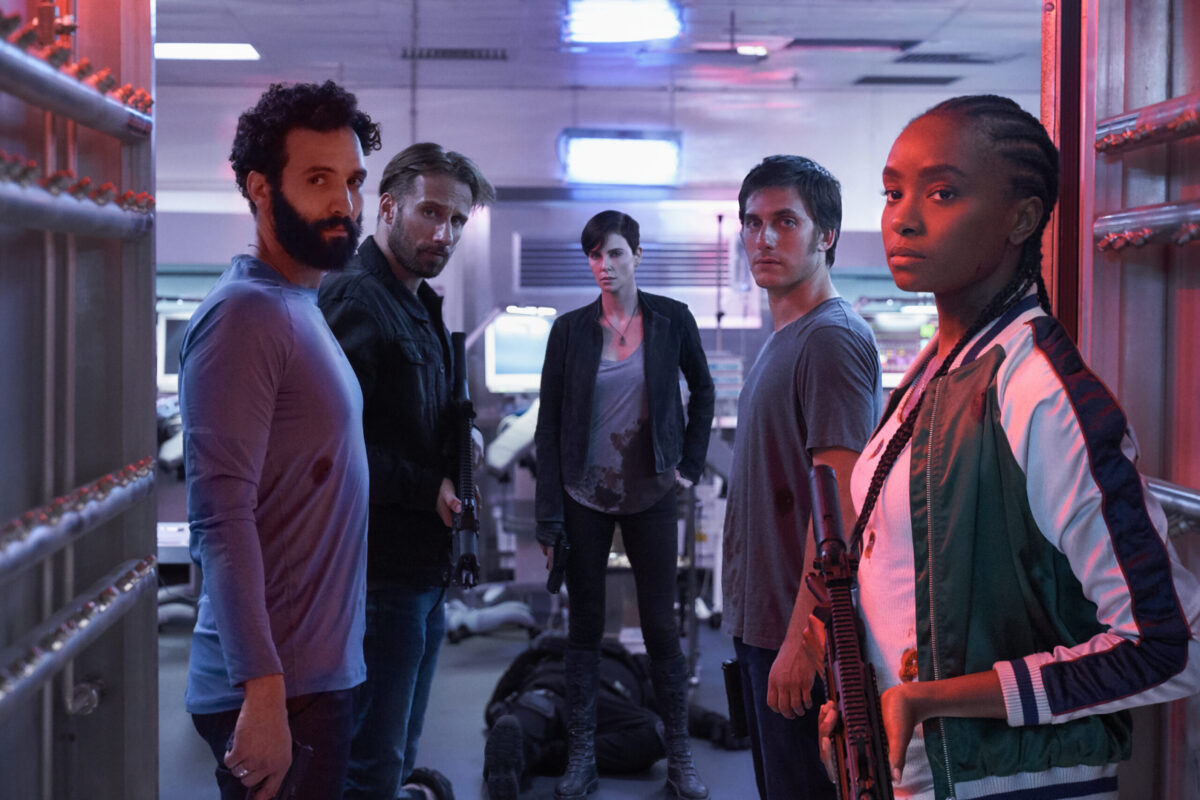 **Spoilers for Netflix’s The Old Guard.**

In early October, Netflix came under fire, and rightfully so, as people noticed a pattern amidst their mass exodus of tv show cancellations—17 of the 23 canceled shows featured leads that were women, POC, LGBTQ+, or a mix of the three. It’s a valid criticism. Though Netflix has become a leader in greenlighting stories by and about underrepresented groups, they also seem to extinguish flames just as quickly as they light them. But there’s a property at Netflix that, perhaps more than any other movie they’ve released recently, is more than worthy of getting another installment, and it just so happens to that it was directed by and starred a Black woman: Gina Prince-Bythewood’s The Old Guard.

If you somehow missed it over the summer, The Old Guard is an action-superhero film starring Charlize Theron as Andromache the Scythian, a three thousand-year-old immortal warrior who leads a team of fellow immortals (the titular “Old Guard”) as they travel around the world kicking ass, taking names, and saving people. In addition to Andromache, who goes by “Andy” in the film, the rest of the team consists of Yusuf Al-Kaysani (“Joe”) and Nicolo di Genova (“Nicky”), a Muslim and a Christian, respectively, who fought against each other in the Crusades until they realized that they were actually in love. Rounding out the group is Sebastian Le Livre (“Booker”), who died in the Napoleonic wars, and the Guard’s newest recruit, an American Marine named Nile.

It’s in this team of historic heroes that The Old Guard sets itself apart from standard action movie fare, and why it needs a sequel. Each member of the Guard isn’t just some musclehead looking to knock a few skulls like the characters that populate so many action films. Unlike so many other movies, each individual character in The Old Guard has more than enough depth to them to warrant a solo film all on their own. When the film first came out, multiple critics noted how The Old Guard almost feels like it should’ve been a series; the characters are just that good, and the possibility for future storytelling so vast.

You can easily picture a series or a sequel taking the time to explore Andy’s past and what she got up to in the two thousand years before she met Nicky and Joe for the first time. We know from a few flashback sequences that she traveled for hundreds of years with a woman named Quynh, who was eventually tried as a witch and thrown into the ocean in an iron maiden, where she’s remained for hundreds of years since.

The film’s coda, though, opens up a whole new can of worms when Quynh appears in Booker’s apartment, alive and well—it’s an obvious setup for a sequel, and an enticing one at that. Has Quynh been driven insane by her time in the iron maiden? Is she out for revenge? Why did she go to Booker before Andy? They’re all big questions that make for perfect sequel fodder, but the possibilities don’t end there.

We haven’t even begun to discuss Joe and Nicky’s thousand-year romance, and all the different stories that their lives could surely hold. Those two alone would make for a perfect series on their own—watching the two of them go from sworn enemies to soulmates as they fight their way through the centuries, saving lives and falling in love together. According to the film’s screenwriter (and the writer of the original comic that The Old Guard is based on), there was an entire sequence of Joe and Nicky that was originally planned but eventually cut from the film so that the sequel could explore how the two of them came to find each other, and how their relationship evolved.

But even with all of these unresolved plotlines ripe for the taking, that still isn’t the only reason why The Old Guard is the Netflix film that most urgently needs a sequel. Yes, it’s a great film with a set of multi-faceted characters, and who doesn’t want more scenes of Charlize Theron slicing through enemies with a battle axe? But The Old Guard getting a sequel would also be a huge win when it comes to uplifting underrepresented voices.

Action, for far to long, has been a genre populated by white men. There are so few female voices, and even fewer women of color in the genre—both behind and in front of the camera. With The Old Guard, there are a multitude of voices and stories being told, very few of which normally get their time to shine. Gina Prince-Bythewood is, sadly, one of the few Black women directing in the action genre, and giving The Old Guard a much-deserved sequel would give audiences a taste of the magic she makes behind the camera.

Then, there’s the talent in front of the camera. Kiki Layne’s Nile, a Black woman, is one of the only action protagonists of her kind, and the same goes for Joe and Nicky, who are the first out and proud gay superheroes I’ve seen on film. It’s amazing that The Old Guard as able to do in one film what Marvel couldn’t manage in 23 movies—which is tell a kickass story about a group of superheroes who aren’t all straight, white men.

Somehow, though, despite its positive reception from critics and 78 million viewers on Netflix, The Old Guard hasn’t been greenlit for a sequel. It’s not like Netflix isn’t giving its action movies sequels, either: Both the Chris Hemsworth vehicle Extraction and the Mark Whalberg flick Spenser Confidential have sequels in the works, despite the fact that both weren’t nearly as well-received as The Old Guard. The film’s cast and crew are itching for a sequel, as well. Charlize Theron confirmed to Variety that she and the rest of the cast “really want to do it,” so the ball is entirely in Netflix’s court.

Although, in my humble opinion, it’s mind-boggling that they haven’t already. If Netflix wants to land themselves another surefire action hit while also telling the stories of POC, women, and LGBTQ+ characters, their best course of action is to give The Old Guard its much-deserved sequel, ASAP.