What Will You Find In a “Poison Garden?” Next to a centuries-old castle in England sits a garden like few have ever seen. Guarded by iron gates and kept under lock and key is the Alnwick Poison Garden, home to nearly a hundred plants that can kill. It’s a fascinating and wonderfully gothic spot, but perhaps the most amazing thing about this poison garden is that many of its residents can also be found in your own backyard.

The particular poison garden was created to educate people, especially children, about plants and herbs and highlight the deadly history of many of the flowers, shrubs, and even weeds that we can find growing all over. The Alnwick Garden is notable because it was created to be a showcase for only poison plants, but it also highlights how varied the idea of “poison” is. Some plants are phototoxic and can cause rashes and pain when they get on your skin and are exposed to the sun, and other plants aren’t deadly until they’re processed into something like say, ricin or cyanide.

As noted in the video above, most of the plants in the garden can kill you or make you seriously sick or uncomfortable. I say most because one resident of the Alnwick poison garden is cannabis, which is kept secure in a cage and used supposedly to educate about the dangers of drugs, which is problematic. The garden also contains a coca tree (the source of cocaine) and opium poppies.

Now, cannabis isn’t the kind of plant you can find in your local garden store, but many mother poisonous plants are not only accessible, but also common. Look at the relatively mild-seeming castor bean plant, which produces castor oil … which can be processed down to the deadly toxin ricin. 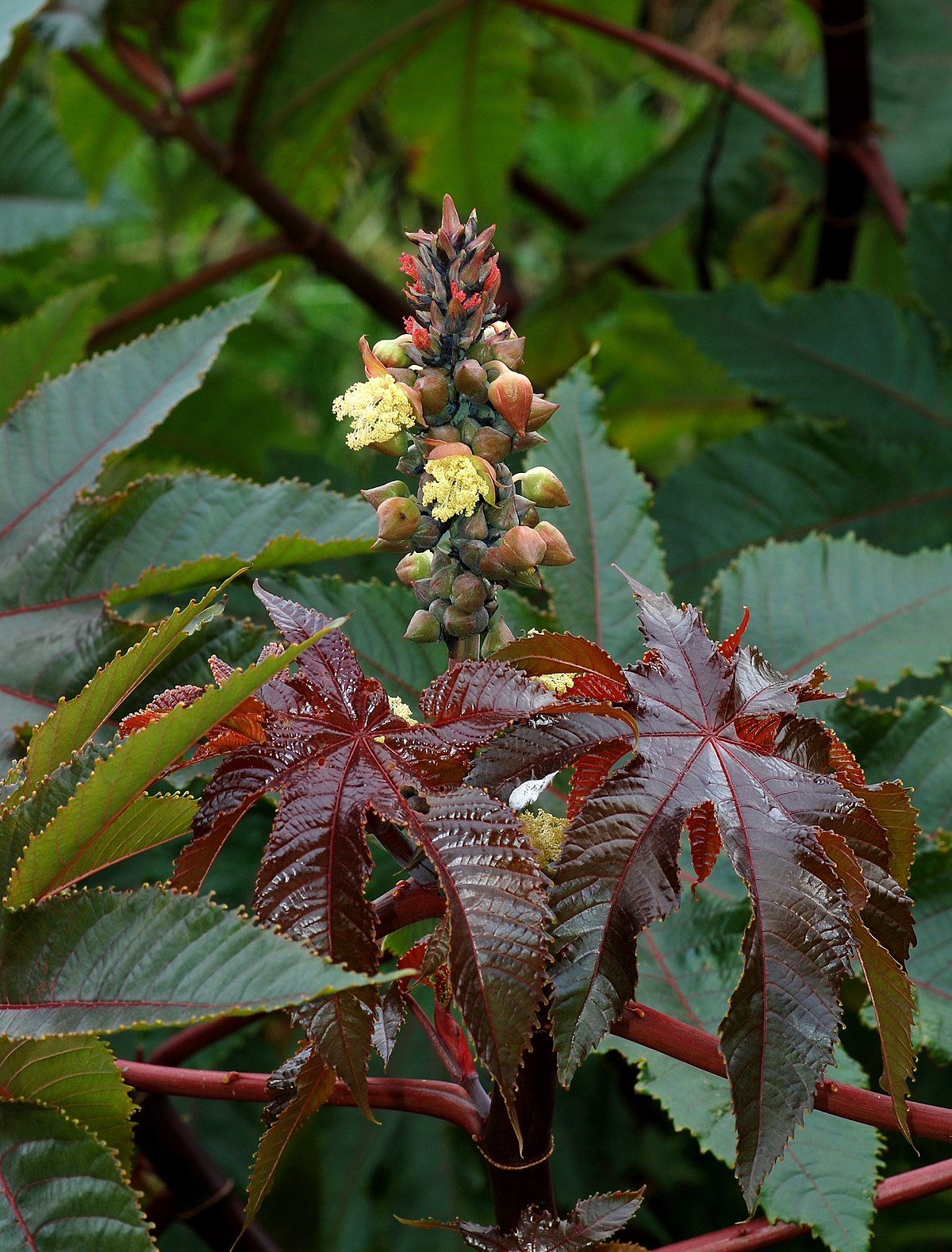 Many of the poison garden plants are ones you can find in many wild areas like water hemlock or tansy ragwort (aka stinking willie). Tansy ragwort is so dangerous and invasive, it’s prohibited in some places. And like so many of these plants it’s quite lovely, as you can see.

But what may surprise you the most is the poison plants that are growing right outside your front door. For me that’s literal: I have a laurel bush (cyanide!) outside in my front yard, flanked by a hydrangea and a large rhododendron, and in front of those right now, many daffodils and tulips are blooming: those are all poisonous to humans and animals in various ways.

There are many more toxic plants that are in gardens all over. I learned the hard way years ago that wisteria is toxic. My parents asked me to trim the pods from a very large wisteria growing over their porch and I got sick from it only from light contact. It was just headaches and stomach stuff, but it wasn’t fun. But it was still good to clean up the pods because they are toxic to humans and animals if eaten and we didn’t want them on the groud for our dog to gobble up.

If you’ve watched Breaking Bad you know how dangerous lily of the valley is, but it grows in gardens all over. The same is true of yew trees and the beautiful but toxic datura plant (below). Lillies in general are really toxic to cats so be very careful with those even as floral arrangement. All of these plants and more have been known for centuries to be poison when used in the wrong (or right depending on your point of view) way. 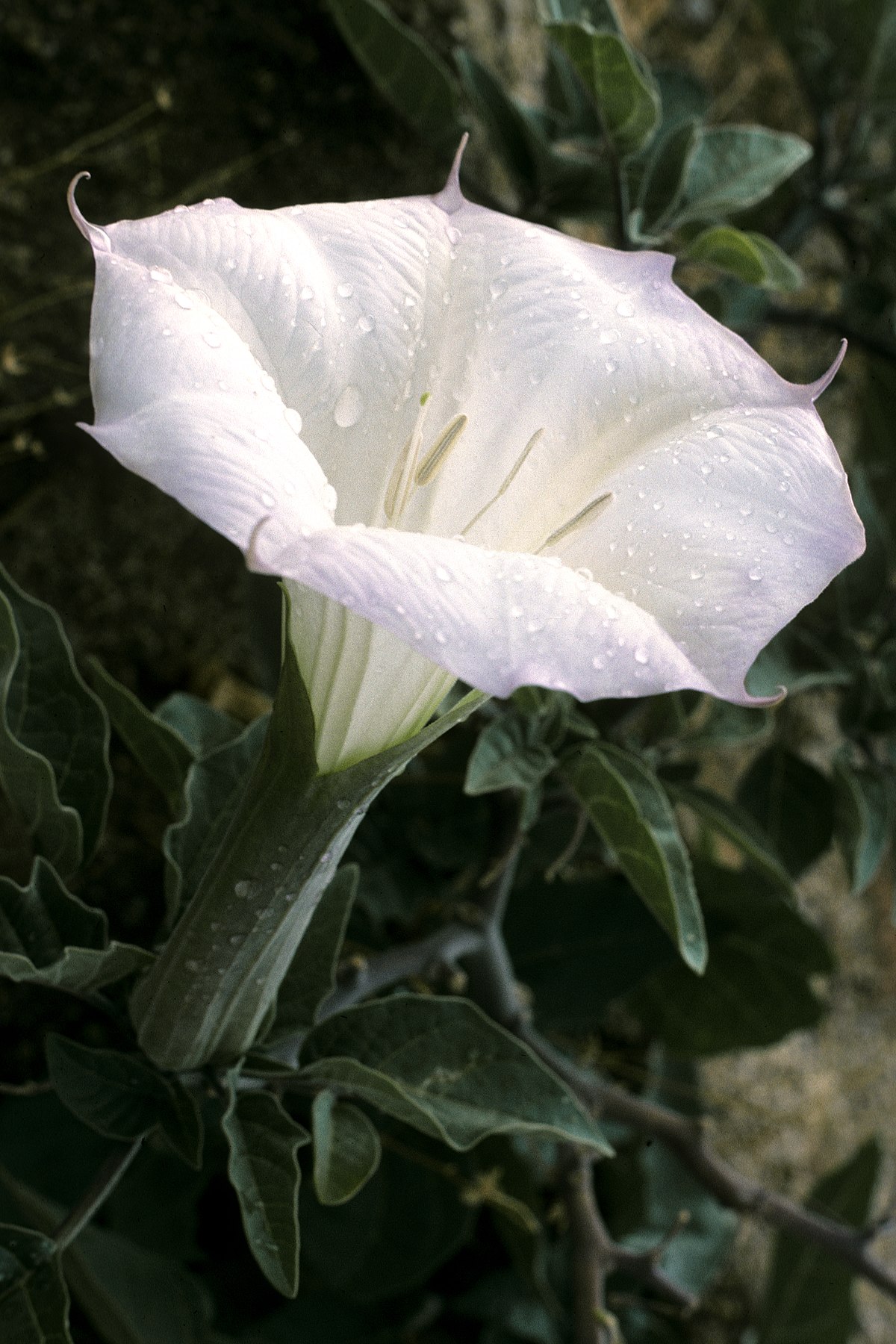 Many plants from the poison garden (of Alnwick or your own), have been used for non-murdery things for centuries too (though they often had harmful effects). Take Belladonna aka deadly nightshade. It can super kill you, but women infamously used it in their eyes in previous centuries because it dilated their pupils and this was seen as sexy. Datura is poison, yes, but it’s also used as a hallucinogen and is one of many dangerous plants that have been used for centuries in flying ointments. Then there’s foxglove (Digitalis purpurea) which is a very common ornamental plant. All parts of the plant are toxic, but it’s also the source of heart medication.

So, yes, we’re all growing our own poison gardens without even knowing it. Is that scary? Maybe. Most people are smart enough not to go around eating random decorative plants from their garden (although in college I did run into someone who was eating a rhododendron flower as a dare and I explained why that was a bad idea), but pets and kids might not know that’s dangerous, so always be careful in your garden. When you put something in the ground or a pot, make sure you know what it is and if it’s deadly.