What Book Would You Adapt Into a TV Show or Movie? 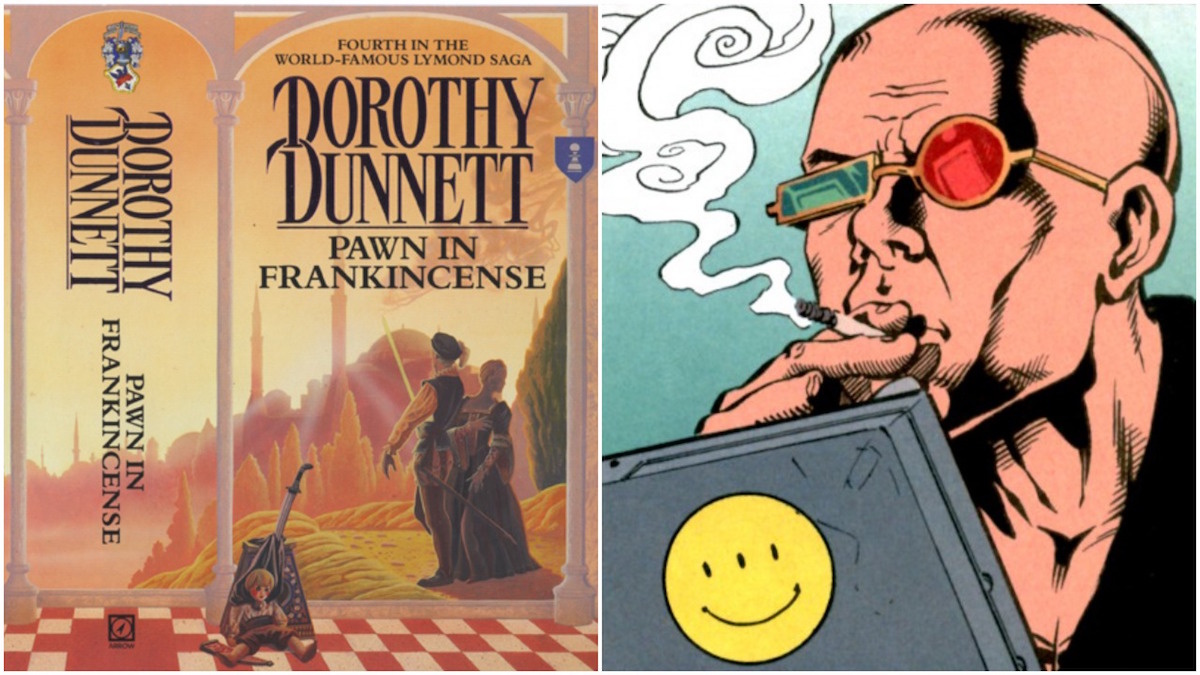 Some literary properties seem like they would absolutely shine with an on-screen treatment, yet we have not been gifted with their adaptations. Let’s tell Hollywood what’s what.

I had two wildly varied instincts when considering this question. The first thing that popped into my head as perfectly primed for adaptation was Dorothy Dunnett’s Lymond Chronicles series. The Chronicles are six books written in the ’60s and ’70s and set in 16th-century Europe. They will radically change you at a molecular level.

Dunnett’s books have everything a television-viewing audience could want: sweeping historical scope (with cameos from famous faces from history), immense amounts of violence, sex, scandal, and swordfights, and the brilliant Scottish hero Francis Crawford of Lymond. The books venture from country to country, inviting a diversity of cultural backdrops.

If you haven’t read Dunnett, you’re in for one of the greatest treats of your life. Her writing is sumptuous, impossibly well-researched, and lodges deeply into your soul. The range of the Chronicles is such—and the pathos and cruelty and chaos often so extreme (Pawn in Frankincense, anyone?)—that I can only imagine a network with resources like HBO or Netflix or Showtime pulling it off. Run, don’t walk.

And my God am I here for this fan-casting concept:

Whoever decided Francis Crawford from Dunnett’s Lymond Chronicles looked like this, they are a fan of @twhiddleston pic.twitter.com/qaef3jyOFb

On the other side of the spectrum, both tonally and in terms of setting, we have Warren Ellis and Darick Robertson’s masterpiece of a comics series, Transmetropolitan. Classified as “cyberpunk transhumanist,” Transmet is set a few hundred years in the future, and follows the unforgettable gonzo journalist Spider Jerusalem. 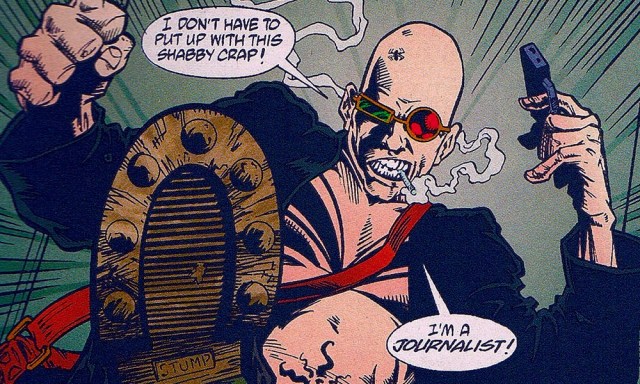 Although the series was first published in 1997 and ran until 2002, Ellis’ ruminations on human nature, technology, politics, entertainment, religion, and the role of the press have never felt more pressing or prescient.

Has there ever been a better time to tell the story of the corrupt, unhinged Smiler being elected the President of the United States, or to explore how radical advances in tech will alter our idea of what it means to be human?

It’s hard to imagine a character it would be more fun to watch come alive onscreen than Spider Jerusalem, whose acerbic observations can scour paint from the wall. Jerusalem is a misanthropic cynic who gleefully inflicts violence when needed, yet is ultimately devoted to fighting the good fight and speaking truth to power. Also, he has a two-faced cat that smokes nearly as many cigarettes as he does. This is a win-win situation. 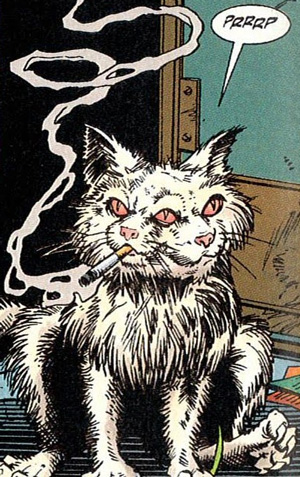 Adapting Transmetropolitan would afford a network or movie studio the same immense and vast richness of the Lymond Chronicles on a world-building level, only here a harshly neon fever-dream of the future instead of the decadent past.

These two properties are among my all-time favorites on a literary level as well as appearing primed to be told cinematically. What would you like to see make the jump from page to screen?