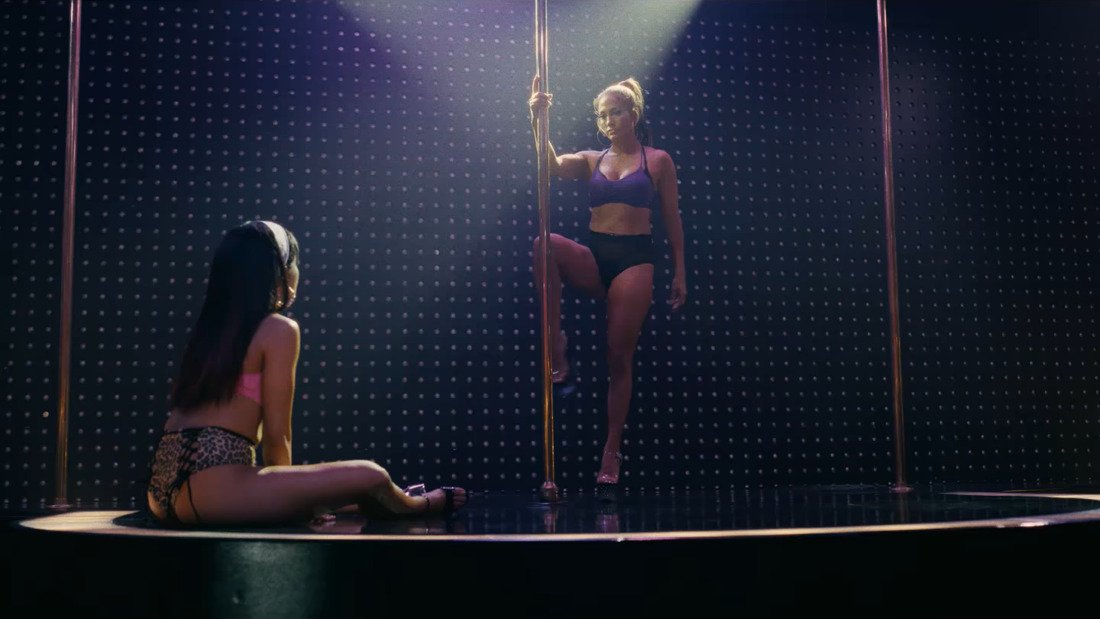 With Hustlers hitting digital last week and hard copy next it’s as good a time as any to remind you that this film was pretty darn amazing and if you didn’t see it when it was in theaters, you should definitely catch it now.

Hustlers is not just a “stripper movie.” It’s a movie about class, exploitation, friendship, motherhood, and America. Based on a true story of strippers who stopped dancing and turned to drugging and scamming men, its a beautifully made and acted film that’s both funny, moving and thoughtful.

Writer and director Lorene Scafaria deftly balances so many different elements in this film and does so with what can only be described as a female gaze that adores and examines her subjects rather than objectifying them. There is stripping and nudity in this film, but that not its focus. Scafaria would rather we look at the complex women who inhabit this world and understand them. That’s not to say that there aren’t some amazing scenes in the club, including Jennifer Lopez’s instantly iconic introduction.

Lopez steals the entire film from that first entrance and if she doesn’t get an oscar-nomination for this work, I’ll eat my nine-inch heel. Dancing to an instrumental version of “Criminal” by Fiona Apple, both Lopez and her character Ramona, dominate the stage, the room and the movie by sheer force of charisma and confidence. She’s so compelling that we all feel a little like Constance Wu’s Destiny, staring up in complete awe at this force of nature.

But Ramona is also very flawed. She’s that person I think we’ve all met, who makes you feel like the sun is shining for the first time when they look at you but can just as quickly take it away. She’s multi-faceted; alternately greedy and capricious, then generous and sharp. That goes for Destiny as well, a woman who exisits as a reflection of Ramona – a younger woman, a newer mother, a fashion addict, a frankly terrible dancer, but a smarter criminal. These two women connect and love each other because they are so alike, but ultimate fall apart because Destiny sees parts of herself in Ramona that she doesn’t want to be.

Hustlers manages to keep all its main characters human and sympathetic even as their crimes escalate, but it also humanizes some of their victims and it’s not a one-sided, or even two-side portrayal of anyone. And the sex work at the center of the film is treated with realism and dignity, and not shamed. There’s no prurience in Hustlers, but there is definite joy and indulgence in the sort of female friendship and power that we don’t see portrayed often enough.

Hustlers is a movie about women by women. It’s a movie about how hard it is to be a woman, especially a poor woman or a woman of color fighting for scraps in a system rigged in favor of rich white men. It’s a movie about finding people that support you, but also about how if people don’t grow with you, or grow at all, the friendships that sustained us can start to hurt us and how that’s all the more painful when those people are all you have in a tough world.

Hustlers does all this and manages to be entertaining as hell, and that, my friends, is worth giving it a watch.