Let’s Discuss the Predicable but Welcome Feminism of Noelle

While all the chatter about Disney+ has focused on The Mandalorian, there are lots of other new originals on the freshly debuted streaming service. I’m really into The Imagineering Story so far, but the most timely in terms of the impeding holiday season is Noelle. Being a big fan of Anna Kendrick and Christmas, it was one of the first things I checked out and I was pleasantly surprised to find a fluffy, feminist Christmas treat.

First off. SPOILER WARNING. We’ll be discussing the entire movie and the big “twist” so – be warned.

Now, if you haven’t seen the movie yet. I don’t anticipate these spoilers will be upsetting or shocking because where Noelle goes is somewhere you can probably predict from the trailer above, and that’s fine. The basic plot of Noelle it that being Santa is a job that’ been passed down through the Kringle family for 2,000 years – the men of the Kringle family that is. Awkward, confused-by-Christmas Nick (Bill Hader) has the gig now, but his sister Noelle (Anna Kendrick) has always been the one with the most Christmas spirit. She’s been told all her life that her one job is to support her brother … can you see where this is going? Well, it’s actually great if you can because Noelle takes a trope we’re all tired of and fixes it: The Trinity problem.

I’m not talking about the holy Trinity. Oh no. As with most commercial Christmas movies, there’s thankfully no mention of Jesus in Noelle. (The cutesy denizens of the North Pole even say “Oh my garland!” rather than God). No, I’m talking about the badass heroine from The Matrix who represents one of the most annoying tropes in cinema: The woman who is way more competent than a man, but spends the whole movie trying to build said man up so he can save the day.

There are a lot of movies that do this: The Lego Movie and Avatar leap to mind. We’ve all seen an incredibly competent women only serve the role of helping the man in his hero’s journey. Noelle starts out much the same, but it’s so extreme that before Nick even shows up on screen – dreaming of getting somewhere warm and not being Santa – we all know who should really be Santa: Noelle. 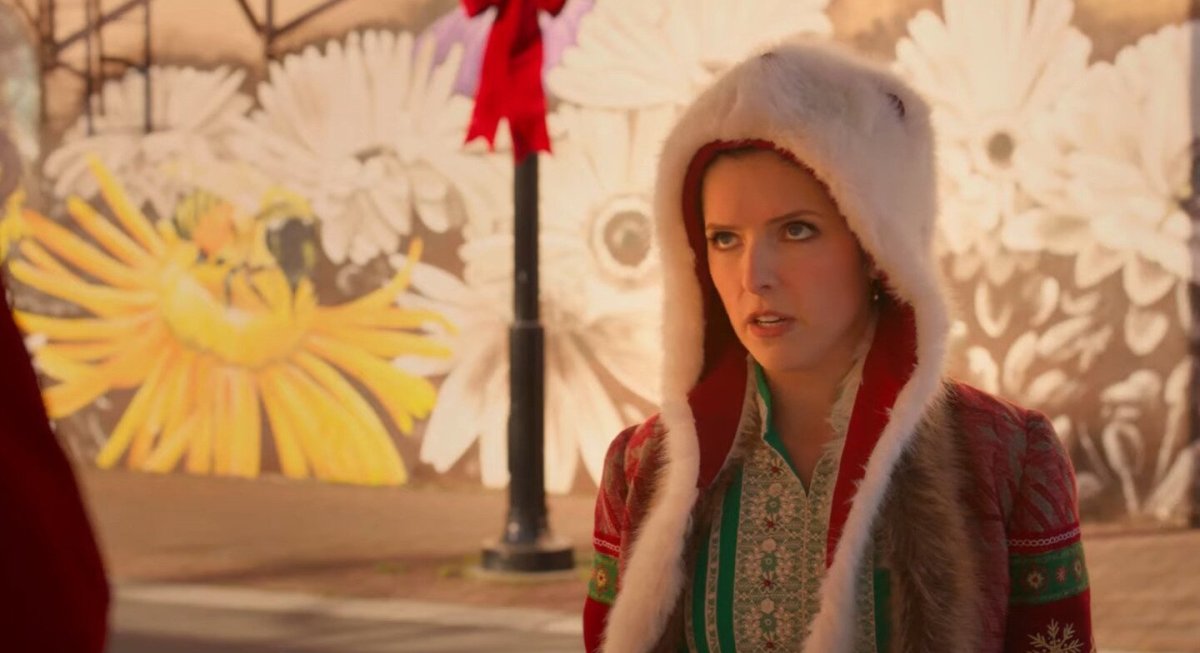 This makes the big third-act twist where Noelle actually does become Santa both obvious and refreshing. Of course she’s the one who should wear the red. It’s hinted at with a thunderous lack of subtlety from the start of the movie that Noelle is the one with the real Christmas spirit. The big journey of the movie is the North Pole powers that be getting over their ingrained sexism and seeing the obvious.

One tricky aspect here is that it’s not Noelle that finally declares she should be Santa, but instead, it’s her brother. I like that Nick is an enlightened guy (he does do a lot of yoga), but it would have been nice for Noelle to stand up for her own worth. But on the other hand, this is a movie about changing our perspective about what should be and Noelle represents a woman who has been told all her life her only worth is in helping a man. A lot of us have been there and it’s hard to advocate for yourself when you’ve been told you have no value on your own, so it’s understandable she wouldn’t take that leap.

Noelle isn’t just about sexism in Santa suits. it’s about Noelle’s personal journey too and that doesn’t track quite as well as her call to the Claus. Noelle, the character, is meant to be a little spoiled and selfish and too obsessed with the receiving of presents rather than the true meaning of Christmas as the movie sees it: giving.

It’s a nice, kind of anti-consumerist message that is realized really well at the end of the film, but it’s hard to buy at the start because Anna Kendrick as Noelle is just so cute and charming. Sure, she orders her put-upon elf nanny/servant Polly (played perfectly by Shirley McLaine) to do her laundry, but she’s just so bubbly, cute, and fun that I wanted her to be Santa from the drop. Still, it was good to see that even someone who has all the knowledge down had something to learn about themselves and the spirit of the season.

Noelle is a very cute, if imperfect movie. There are some things that don’t make sense – Noelle seems perplexed by most of the world when she visits Phoenix, Arizona to look for Nick even though she gets magazines and knows all about kids’ lives. How does she know what an iPad is but not how to pronounce Arizona? How is she so smart but doesn’t know that poor people exist?

But there’s also a great element to Noelle that reminds me of The Good Place in a very good way. Billy Eichner hilariously plays the tech guy cousin who almost ruins Christmas by reducing naughty and niceness to an algorithm that ignores what’s in kids’ hearts and what they are trying to be and do. Noelle is of course the one that reminds everyone that being nice isn’t about brushing teeth or doing homework: it’s about what you do for your fellow humans.

I could complain about a giant corporation making a movie about a corporate holiday with a predictable girl power message, but I don’t want to do that. Holiday programming is the equivalent of a peppermint hot chocolate: we don’t expect much health value from it, so when we find it, it’s a welcome surprise.  So, if you want to sprinkle some simple Disney feminism of your Christmas festivities, Noelle is definitely something you should add to your list.