The Walking Dead Renewed For A Sixth Season | The Mary Sue

The Walking Dead Renewed For A Sixth Season Of Brains, Sadness

How many cast members are going to die this season?? 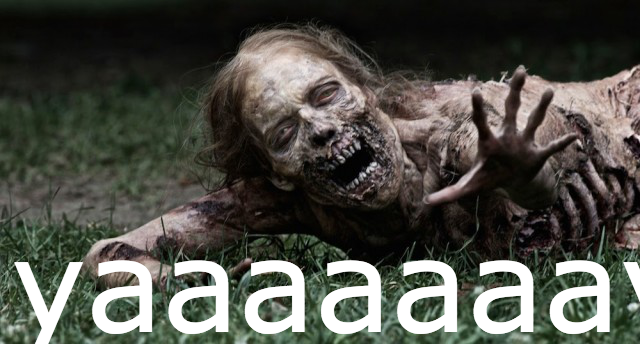 Despite season five not even premiering until Sunday night, AMC has already renewed The Walking Dead for a sixth season. Walker Stalkers rejoice!

could not be more excited for October 12th as we share new episodes of ‘The Walking Dead’ with fans around the globe.In advance of Sunday’s season five premiere, AMC proudly confirms a sixth season order of this extraordinary series. Thank you to Robert Kirkman, Scott Gimple, the terrific executive producers, and the entire team who brings this compelling world and these rich characters to life. There’s plenty more Dead ahead thanks to their impressive, collective effort.

But before we get to season six, we have to get through season five first! In funtimes news, Gale Anne Hurd spoke with EW and shared some notes about the upcoming season. She says that season five includes “the most ambitious episodes we’ve ever done in terms of not only the action set pieces, but also the level of emotional weight that’s brought to bear on the characters,” which is exciting for us, but terrifying for our TWD faves. If you’re not afraid of potential spoiler-y tidbits, you can check out the rest of the interview here.

In hilarioustimes news, U2 (fresh off their “nobody wants our free album” jam) has now convinced AMC to shill their songsas well! TWD has been using tracks from said album to promote the upcoming season. You can watch the season five trailer featuring U2 right here; but instead, why not watch the TWD season two trailer, which featured Wye Oak’s fantastic “Civilian” instead?

The season five premiere airs this Sunday at 10pm on AMC, and will be followed by Chris Hardwick’s Talking Dead premiere with Scott M. Gimple, Greg Nicotero and Conan O’Brien.