Are we not teaching history anyomore? 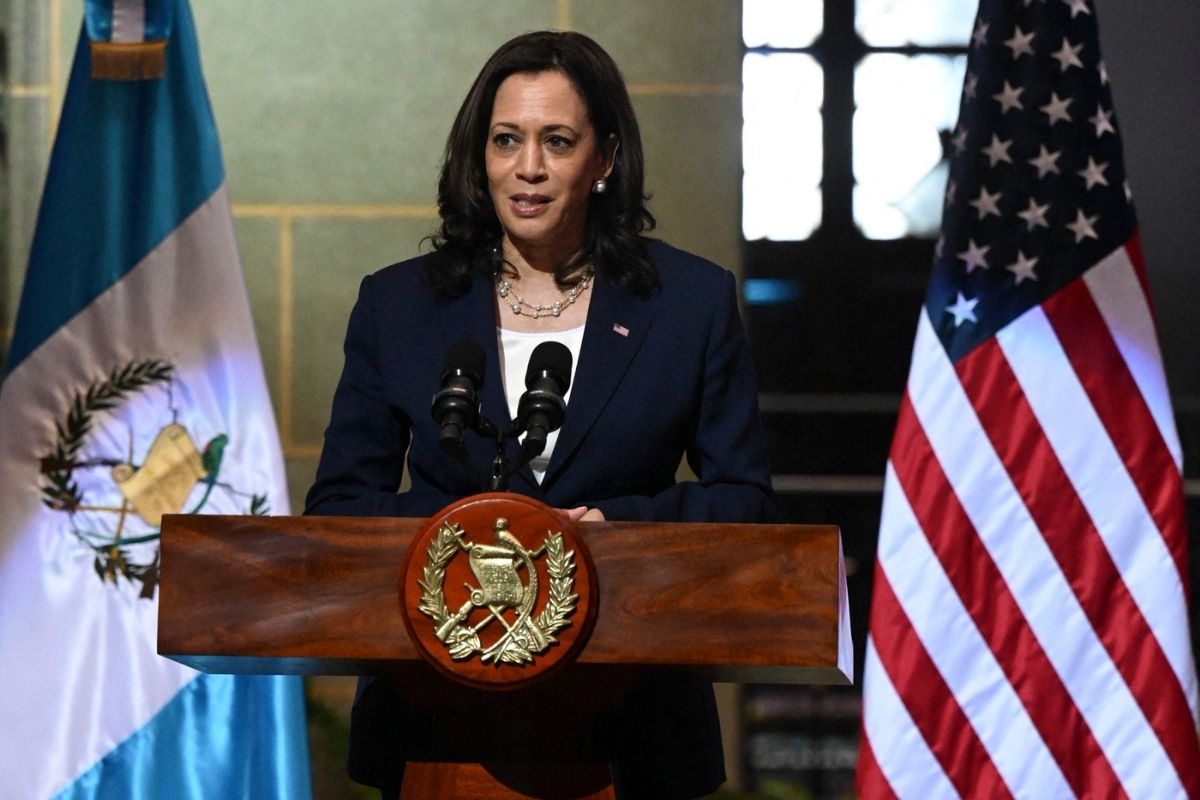 As a Latina, US VP Kamala Harris rubbed me the wrong way during her recent joint press conference with Guatemalan President Alejandro Giammei and we need to talk about why. In the clip below, that was posted on Twitter, Harris gives a startling speech telling immigrants to not come to US borders. And it’s her frankness that gets me and the fact that few people are talking about the problems Latin American countries have faced due to the United States.

“I want to be clear to folks in this region who are thinking about making that dangerous trek to the United States-Mexico border: Do not come. Do not come.”

If there’s anything I know as a Latina it’s that most Latin American countries have a story about how the US interfered with their elections or pushed for revolts that tore the country apart before handing it over to a dictator. Case in point, Guatemala. A democratic election, led by workers who were done being treated like garbage, led to the election of Jacobo Arbenz in 1950. But the US couldn’t have that because they were “frightened” by the thought that communism was taking hold in the West.

In reality, the American-owned United Fruit Company was losing acres upon acres when Arbenz started working on “land reform and redistribution to Guatemala’s landless masses” according to History.com. By 1954, the US government had enough. President Dwight D. Eisenhower worked with the CIA to bring on the Guatemalan coup d’état that would unseat Arbenz and welcomed in dictator Carlos Castillo Armas. He went on to ban other parties, imprison and torture opponents, and started a legacy of violence that would last for decades according to Britannica.

And how’s Guatemala doing now? Per the Human Rights Watch, “Guatemala faces challenges in protecting the rights of asylum seekers, human rights defenders, women and girls, people with disabilities, and lesbian, gay, bisexual, and transgender (LGBT) people.” And a lack of accountability has led to “more than 60 corruption schemes, implicating officials in all three branches of government, and prompting the resignation and arrest, in 2015, of the country’s then-president and vice-president.”

Now, this is not the only country destabilized by the United States. In Argentina, a democratically elected president was overthrown in the 1976 Argentine coup d’état, which started the dictatorship of Jorge Rafael Videla. In Chile, CIA involvement in a democratic election led to the US-backed dictatorship of Augusto Pinochet following the 1973 Chilean coup d’état. And Panama, which is a second home to me, saw their CIA planted dictator Manuel Noriega being praised by the United States until he went rogue and the US invaded Panama, bombing and destroying communities in “Operation Just Cause.”

That leads me back to the press conference with VP Kamala Harris and Guatemalan President Alejandro Giammattei where she said, “I want to be clear to folks in this region who are thinking about making that dangerous trek to the United States-Mexico border: Do not come. Do not come. The United States will continue to enforce our laws and secure our border.” So, you’re basically telling people who are escaping a dangerous situation that the United States helped create, that they shouldn’t seek asylum and help to escape the said situation?

Am I hearing this right? Because from where I’m standing, there is no accountability for the prominent destabilization of Latin America by United States forces. That rarely, if ever, seems to arise in this country’s conversations about immigration. Instead, what’s being served up is dire warnings that coyotes will be making bank on families seeking a better life and that America’s borders will be protected against asylum-seekers who need and deserve our help.

This is disappointing to see.

First, seeking asylum at any US border is a 100% legal method of arrival.

Second, the US spent decades contributing to regime change and destabilization in Latin America. We can’t help set someone’s house on fire and then blame them for fleeing. https://t.co/vADyh5H0bw

And it truly rubs me the wrong way that the United States is using VP Harris to deliver the message about closing our borders and have a cut-off on the people we’re allowed to help escape the mess the United States made. It doesn’t matter if Harris meant for her remarks to preserve the safety of those thinking of making a desperate journey or if, as Psaki tried to say, that she was really trying to convey that “we need more time to get the work done to ensure that asylum processing is where it needs to be.” That repeated “Do not come” rings loud and clear and will be oft-repeated.

This is coming from someone who voted for VP Kamala Harris. I saw her and saw a future that was bright and where immigrants would find a safe haven from the past harm the United States has done to Latin America as a whole. And I understand that our borders are important and that we need to curtail illegal activity. But this feels cold. This feels like the country where I found the American dream is being limited because ooops, the United States messed up and they’re just going to pretend like they didn’t in order to appease those with racially motivated biases that want to close our borders permanently.

You did mess up, US. Own it. And then when you’re done with that, sit down, scope out the situation in front of you, and open your hearts to helping those in need, no matter where they come from. That’s the least you owe to Latin America and its people.