Vice President-Elect Kamala Harris Has a Beautiful Ring To It 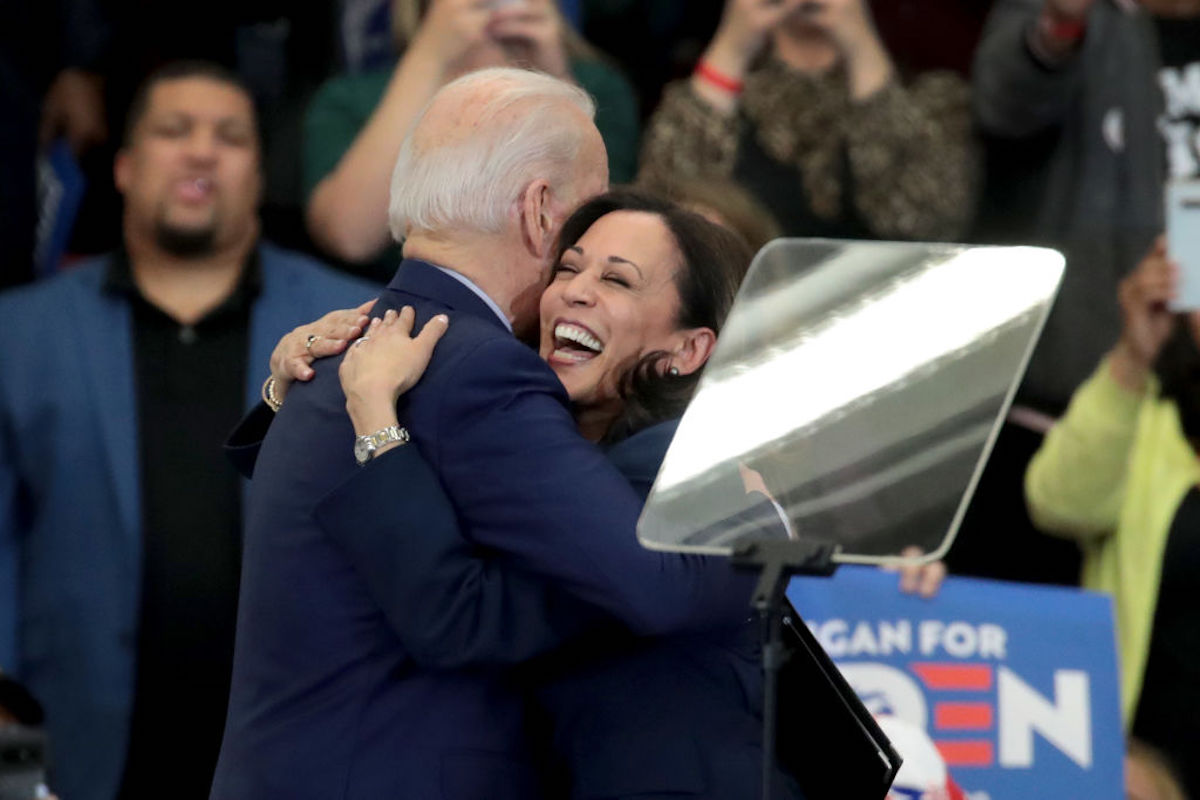 While many of us are celebrating the presumptive Biden presidency, his running mate Kamala Harris is making all kinds of history on her own. Not only is Harris the first woman to be elected to one of the two highest offices in the land, but she’s also the first Black and South Asian woman to do so. The vice-presidential glass ceiling will be shattered into microscopic pieces when she is sworn in.

Well, if you can’t pronounce her name, you can just call her “Madame Vice President.”

Kamala Harris is primed to be a new kind of vice president. At 56, Harris skirts the edge of Gen X and is much closer in age to the always-online Millenials and Gen Zers who helped put her in the White House than many high-profile politicians. She represents a different generation than the septuagenarians and octogenarians who hold positions of power in Congress. And because Joe Biden is 77, it’s quite possible that he will choose not to run in 2024 and that Harris will presumably become the Democratic party’s candidate.

This may seem like we’re getting ahead of ourselves, but Harris was partially selected for this very reason. Not only is she ready to step in and serve as president if need be, she is well-positioned to carry the party herself one day. Before Harris served as a United States Senator, she spent two terms as San Francisco’s Attorney General, then became the first African-American and first woman to serve as California’s Attorney General.

Biden well understands the importance of the vice presidential office, and I believe he’ll position Harris front and center to make an impact on the world stage—quite unlike Donald Trump, who could barely conceal his own dislike for his chief toady Mike Pence and, according to reports, was frequently jealous of Pence receiving better press.

“You could be president.” pic.twitter.com/akB2Zia2W7

This is a vital moment for women in politics and women in America. Hillary Clinton’s 2016 defeat came as a crushing blow, and drove home the reality that many people in this country preferred to vote for a racist bankrupt conman who enthusiastically endorsed sexual assault than a uber-qualified woman who was “too prepared.” Grappling with that reality has been difficult, especially as Trump’s crimes and lies and incompetency ballooned—and this year contributed to the death of nearly 250,000 Americans.

Sometimes I think about how Hillary Clinton would have handled the pandemic, and how many people would be alive that are no longer with us, and I want to set 2016 on fire. And many of us—not only women—were demoralized when Elizabeth Warren and Harris did not go further in the primaries. I still believe Warren would have wiped the floor with Trump on a national stage, but at this point I’m excited to see what she’ll do in the Biden administration.

Harris has been on my radar for years, ever since her brilliant and incisive presence made itself known on the Senate Judiciary Committee. On my laptop casing, I have an early Harris motto sticker that reads “Courage, Not Courtesy,” which is a message that women in America needed to hear. Harris’ relentless drive to call out hypocrisy made her a Congressional star, especially her prosecutorial dissection of Brett “I Love Beer” Kavanaugh.

At the time, Trump reacted to Harris’ questioning by calling her “extraordinarily nasty” and “a mad woman,” so you know she was doing her job right. But if that was when America at large began to notice Harris, many in Harris’s home state of California have been watching her with admiration for years. “Her CNN interview the day we were waiting for the Prop 8 decision is a thing of beauty,” a Californian friend who is a longtime supporter of Harris told me. “She was AG then and makes the legal case for why the constitution is for everyone and protects the rights of the oppressed, and you cannot silence that.”

Here’s Harris’ 2013 exchange with CNN’s Wolf Blitzer as she demonstrates her confidence in the unconstitutionality of Prop 8, which banned gay marriage in California, and forecasts that it will soon be made obsolete.

BLITZER: So you have no doubt that within a month, let’s say, if not sooner, gay couples will be allowed, in California, to get married?

HARRIS: There is no doubt whatsoever. The bells will ring and the marriages will begin. And it’s a great day in our state for equal protection under the law for all people.

And, um, you know, I look at the issue from a number of — of perspectives, including the fact that we have 50,000 children in California who are the children of those same-sex couples. And those children are looking up at their parents and us as — as the leaders of their community and saying, why can’t my parents and their marriage be considered as legitimate under the law as — as those of my classmates?

And what we know, as of today, is that very soon in California, we’re going to be able to look down at those children and say, yes, your parents are equal to any other parent and we will sanctify and we will recognize them as a married couple under the law, with all the rights that come with that.

On June 28, 2013, the Ninth Circuit lifted its stay of the district court’s ruling, enabling same-sex marriages to resume; minutes afterward, plaintiffs Perry and Stier became the first couple in California to legally wed under state law since the enactment of Proposition 8 in 2008, doing so at San Francisco City Hall at 4:45 PDT, with California’s Attorney General Kamala Harris officiating at the ceremony.

This is the next vice president-elect of the United States of America. We needed this win.

Hard to even comprehend what a moment this is.

For women and girls everywhere 🙌🏾 pic.twitter.com/zuUle3R2iS

Look I know it’s complicated representation but there is a Black South Asian American woman in the White House and it’s so different from where we were on this day in 2016 that I am overwhelmed. https://t.co/rm0rUpOWal

I am so excited that every black and Indian girl in the country will see Kamala Harris in the White House. I am so grateful to all of the activists and voters who are making this happen! pic.twitter.com/cR6knSyxii

I’m gonna be fist pumping my ass off when @JoeBiden declares victory but I’m going to be a blubbering mess when @KamalaHarris hits that mic.. so be prepared people. I can’t be held responsible for the mushy shit I might tweet. 🇺🇸🙏🏼❤️💪🏽

More than 50 years later, Kamala Harris — who launched her presidential campaign with a tribute to Chisholm — is on the verge of becoming the first Black and Indian American woman elected VP.

We’re about to have our very FIRST Woman Vice President in the history of America. I AM FLOORED.

the importance of vice president-elect kamala harris cannot be overstated

Sen. Kamala Harris will also be speaking tonight, the campaign says, and will speak before Joe Biden.

For context, it’s not typical for the VP nom to make remarks (Biden himself didn’t in 08 and 12), but Harris as the first WOC on a major party ticket, is a historic moment.

kamala harris will tell him https://t.co/6crYDNAut7

Madam Vice-President-elect Kamala Harris and the silhouette of Ruby Bridges when she was walking to an all-white school, newly desegregated, escorted by four deputy US marshals in 1960. pic.twitter.com/bxqBVDgF3l

The first female Vice President of the United States of America!

But won’t be the last.

While eagerly awaiting election results at Biden campaign headquarters, Kamala Harris had a conversation with her great-niece about becoming president that the girl’s mother says ‘went on for like an hour.’ pic.twitter.com/JDQqoKGc8w