I, Tonya Meets I, Robot in This Movie About Android Figure Skating 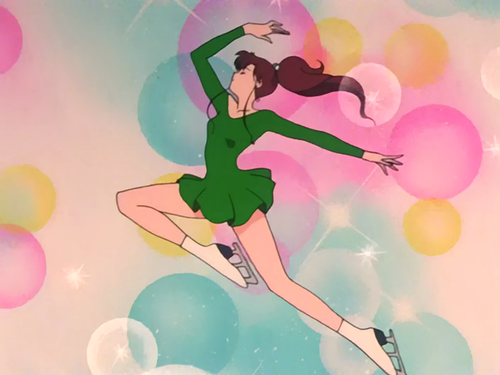 Writer-director Stephon Stewart has signed three actors for his upcoming movie Vestige, which will take us into the exciting and competitive world of humans figure-skating against robots. It’s been pitched as “Ex Machina meets Black Swan and Whiplash,” and since all I want to watch all day is ambitious women doing things in sci-fi and fantasy settings, this sounds like my new favorite fever dream.

As described in The Hollywood Reporter, the movie is set “in a forlorn future controlled by artificial intelligence.” Analeigh Tipton will play “a distraught Olympian figure skater who must overcome her demons and attempt to escape her infinite world to compete for the Winter Olympics against androids.”

Mickey Rourke (The Wrestler) will play Tipton’s coach, and Anne Heche (The Last Word) will play her mother.

The production team is also doing some work to ensure accuracy and authenticity. Lawrence Krauss, the physicist who wrote A Universe From Nothing, will help to recruit artificial intelligence and robotics companies to consult on the film. And producer Aaron Magnani said, “Analeigh [Tipton], with a background in figure skating, should make for an authentic performance.”

Honestly, the only thing they could do to make me more intrigued is add a Yuri on Ice comparison/promise and not cast someone with Mickey Rourke’s politics. As with all these movie announcements, I’ll have to wait for the trailer, but I love a good A.I. story, I love competitive women, and I love stories about obsessive artistry. This sounds, potentially, like my kind of movie.

But what do you all think?

(Via io9; image via Viz Media and Madman Entertainment)