You step into the road, and if you don't keep your feet, there is no knowing where you might be swept off to. 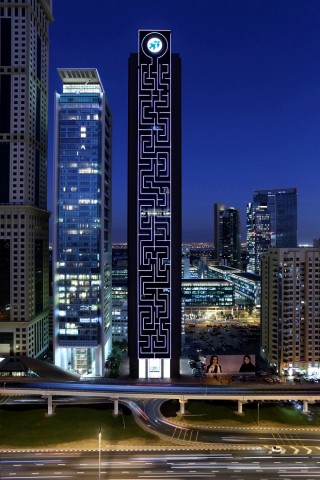 In January, Guinness officially named Dubai’s 55-story-tall “Maze Tower” the largest vertical maze in the world, which it means it’s only a matter of months until James Wan decides to drive a car through it.

If the thought of getting lost in the building’s mixed-use maze balconies and LED lights doesn’t make you feel sufficiently miniscule, the press release also notes that the orb at the building’s top is “the Maze Eye,” a video projector “which has the ability to beam images to great distances.”

Not disconcerting in the least.