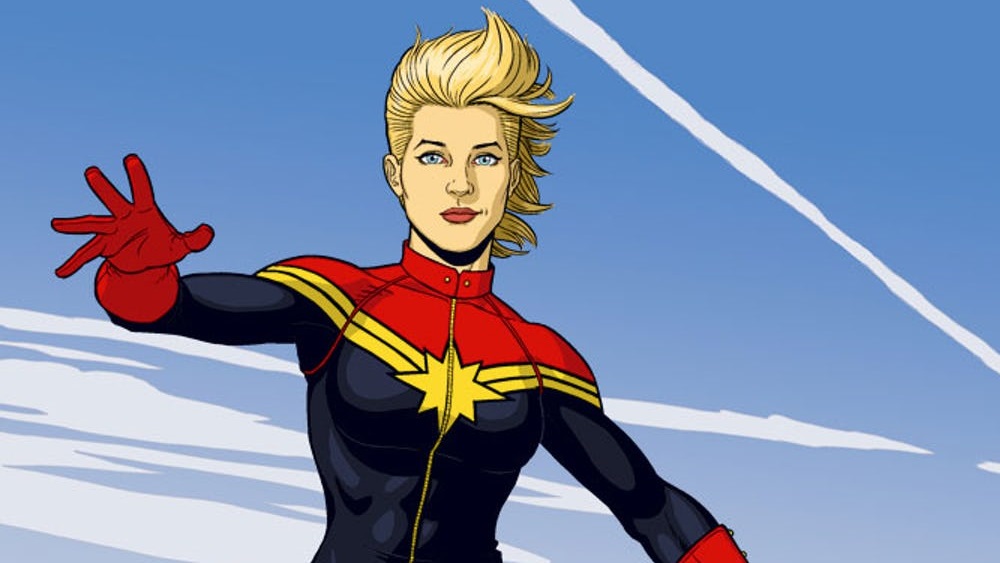 The Winter Olympics have begun. Leslie Jones is live-tweeting, the two Koreas marched under one flag, and thousands of drones performed in the Opening Ceremonies. And some members of the U.S. ski team are skiing around in Captain Marvel cosplay.

Tag along with @MikaelaShiffrin in the documentary ‘Mikaela Shiffrin: Peak Season’ next Monday at 11PM ET on @NBCSN! pic.twitter.com/4YsmtXhTEe

Mikaela Shiffrin is the Michael Phelps of the Winter Olympics and is about to make history 🏅 https://t.co/i72UbdXr0Q pic.twitter.com/Dluab0ZdiC

Lindsey Vonn was also spotted wearing a Captain America suit, so the ladies have their pick of iconic superheroes.

Looking good as @CaptainAmerica, @lindseyvonn! 🌟 And a huge thanks to @spyderactive for these amazing suits. 🙏 pic.twitter.com/2aYrnNzoTg

As fun as this is, it’s also some very clever corporate marketing on the part of the Mouse, who’s always known a good PR opportunity when he sees one. The suits are a collaboration between Spyder, the official apparel provider for the United States Ski Team (USST) through 2020, and Disney Consumer Products and Interactive Media. They were first debuted last year at the FIS Alpine World Cup Championship.

Do you know which @Marvel super hero inspired the design for the new ladies’ @usskiteam suits? #stmoritz2017 #fisalpine pic.twitter.com/NXgSavunPM

“We’re thrilled to be working with Marvel in bringing their Super Heroes to life with the U.S. Ski Team and beyond,” said Brady Collings, vice president of marketing for Spyder. “Given Marvel’s inspirational impact around the world, we have an extraordinary opportunity to celebrate the U.S. Ski Team as well as our ambassadors in a broad-reaching way.”

I’m not sure whether anyone will actually be competing in these suits, or if they’ll stick to the standard team uniform when they’re on the slopes. Either way, it’s really fun to see the Olympians decked out in their cosplay on the international stage.