Can we just make this a feature in all nail polish? 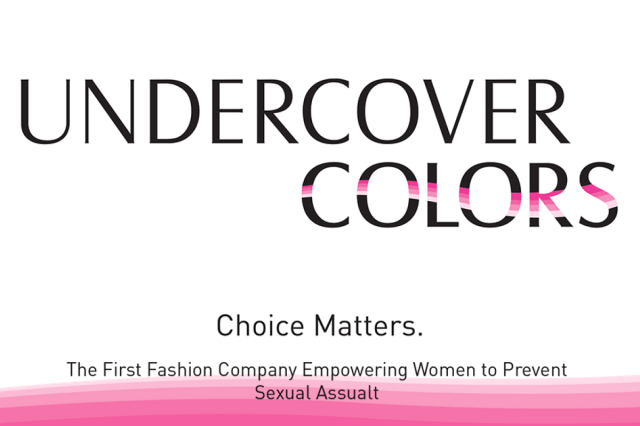 We love a good mani or some cute nail art, but wouldn’t your polish game be way better if it also fought sexual assault? Four undergrad dudes at North Carolina State University have developed a prototype for a new nail polish line called Undercover Colors – a polish that changes color when it comes in contact with date rape drugs. Pretty revolutionary.

Materials Science & Engineering undergraduate students Ankesh Madan, Tasso Von Windheim, Tyler Confrey-Maloney, and Stephan Gray are the founders and creators of Undercover Colors, “The First Fashion Company Empowering Women To Prevent Sexual Assault,” and the idea is both impressive and incredibly useful. All you have to do is dip your UC-varnished fingertip in your drink, and if drugs like Rohypnol, Xanax, or GHB are present, your nail color will change.

I’m not the only one who’s into the idea; UC won $11,250 from the Lulu eGames this past spring, a contest held by North Carolina State’s Entrepreneurship Initiative where “students from all disciplines to collaborate to develop solutions to real world challenges”; and has also received $100,000 from an investor who saw their product demo at the K50 Startup Showcase.

From the UC Facebook page, here’s how the company talks about their product:

In the U.S., 18% of women will be sexually assaulted in their lifetime. That’s almost one out of every five women in our country. We may not know who they are, but these women are not faceless. They are our daughters, they are our girlfriends, and they are our friends. While date rape drugs are often used to facilitate sexual assault, very little science exists for their detection. Our goal is to invent technologies that empower women to protect themselves from this heinous and quietly pervasive crime. […]

Through this nail polish and similar technologies, we hope to make potential perpetrators afraid to spike a woman’s drink because there’s now a risk that they can get caught. In effect, we want to shift the fear from the victims to the perpetrators. We are Undercover Colors and we are the first fashion company empowering women to prevent sexual assault.

In an interview with Higher Education Works, UC team member Ankesh Madan said that he and all of his team members “have been close to someone who has been through the terrible experience” of sexual assault, and that’s how they came up with the idea of creating a product that might prevent the crime. “We wanted to focus on preventative solutions,” said Madan, “especially those that could be integrated into products that women already use.”

The UC team said “NC State has been invaluable” to them over the course of their invention. They had access to advanced drug testing labs at the College of Veterinary Medicine, technical advice from Dr. Nathaniel Finney (“a world-renowned expert on indicator development”), and even piloted the school’s first-ever Entrepreneurship Initiative Fellows Program. Take notes, all other schools; support like this is how young people with life-changing ideas are able make them happen.

Sure, Undercover Colors’ messaging isn’t perfect; for example, women are important because we exist as people, not just in relation to men as girlfriends, daughters, and friends. And, you know, ultimately I would love to see a nail polish that reminds men to not sexually assault women (thus placing the ultimate onus of responsibility on the perpetrator and not the victim). But since women still need to protect themselves in the meantime, Undercover Colors would be fantastic to help empower women, giving them full knowledge and control over their bodies while they’re out at night. And hey, it’s nice to see four undergrad dudes in the news for trying to help stop sexual assault, instead of the other thing.

If you want to donate to Undercover Colors research and development fund, you can do so right here.