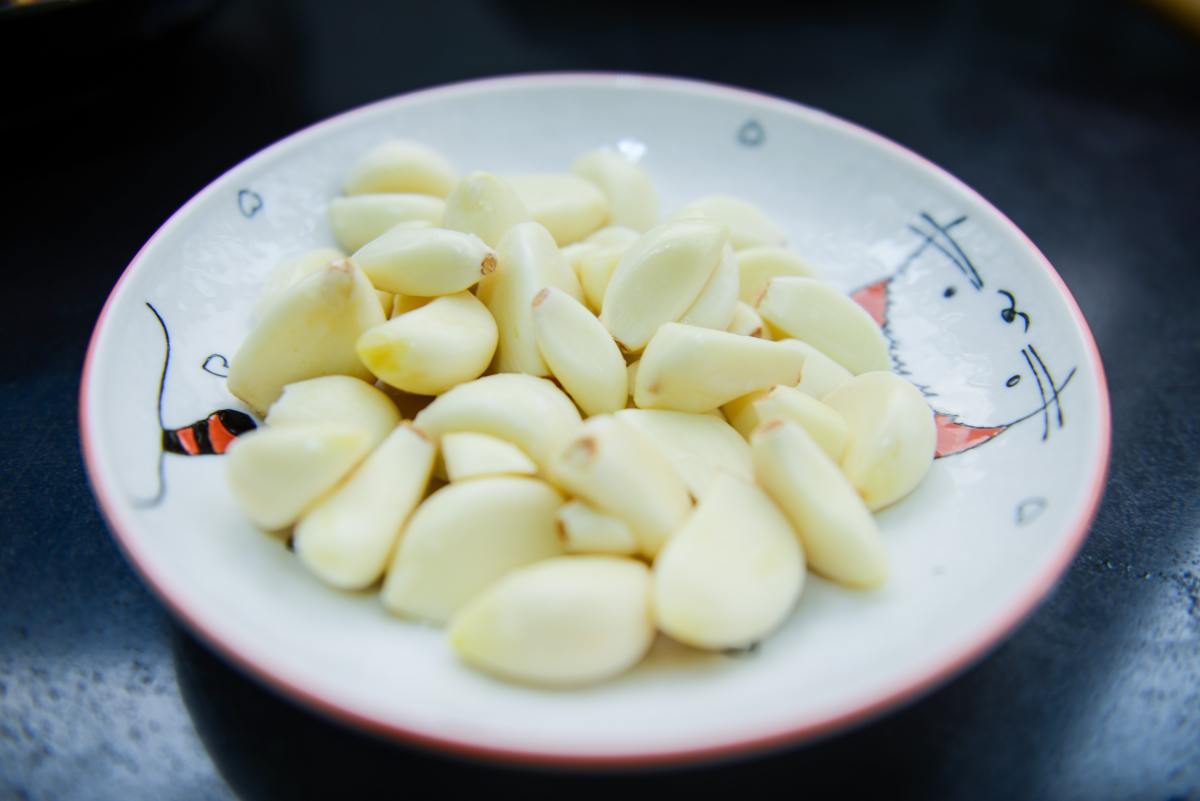 Of all the things I expected to see getting called out and celebrated on Twitter yesterday, minced garlic in a jar was not one of them. But a since-deleted viral tweet started a conversation on packaged and/or cheaper food that brought up ableism, classism, and what it really means to be a “good cook.”

The kerfuffle started, as many of these things do, with a tweet that seemed designed to offend some people and give others a boost of self-righteous smugness. The author (who has now locked their account following the blowback) tweeted a picture of four ingredients: a jar of minced garlic, iodized salt, powdered parmesan cheese, and a bottle of lemon juice, with the caption “The four horsemen of being a shitty cook,” and the response was immediate.

I’ll cook anyone’s ass under the table using jarred garlic and shaky cheese and I’ll do it on an electric burner with $12.99 nonstick Walmart pans. pic.twitter.com/pLRbAUqVu9

Things got even more heated when cookbook author Chrissy Teigen got in on the conversation, on the side of the OP. But in fairness to Chrissy, she was willing to listen to those who wanted to talk about the ways this was wrong.

yes there are…so many scenarios

The gist of the original tweet was that cheap or convenient ingredients make for bad food, and the resounding response on social media was to call out that sentiment for all the ways it’s wrong. For one, it’s ableist. Some people can’t chop up garlic every time they cook because of disability or other medical issues. Some folk can’t afford fresh garlic all the time or don’t have the time and resources to buy it or other fresh ingredients. And some of us just like the convenience!

Yes, I say “us” because I have a tub of garlic in the fridge the size of my head, and I use it all the time. It’s easy and tasty and so much less hassle than peeling and chopping garlic, especially if you’re like me (and all good chefs) and know that when a recipe says “two cloves” of garlic, it means four, which means two heaping spoonfuls of the stuff from the jar. It’s just snobbery to look down on minced garlic, and others agree.

The same goes for the other ingredients getting shamed. Lemon juice in a bottle is extremely convenient, and it’s great for cocktails and keeping food from turning brown, and yes, it’s okay if it comes from a bottle. Sure, fresh fruit can be better, but again, this allows people to get in the flavor without having to juice a lemon, which not everyone can do, and this lasts much longer. Me? I use lemon-infused olive oil A LOT when I’m feeling lazy, and that’s no different.

The iodized salt bit is more complicated. Yes, coarse/kosher salt is better usually for most cooking, but not for baking. You need the finer salt for some things! (Though I will say that some people with thyroid issues have to have iodine-limited diets, and I have been one of those people for limited periods. Avoiding iodine is a giant pain, and in that case, the overuse of iodized salt IS the devil.) And when it comes to Parmesean, a wedge of the real stuff can cost more than an hour of minimum wage work, so yeah, some people will use the stuff from a can.

The point is, there’s nothing wrong with using convenient ingredients, and shaming people who can only afford these are bigger problems than “bad cooks.”

Hi hi hi! I’m a great cook (if I may toot my own horn) and I REGULARLY use jarred minced garlic and bottled lemon juice. Because cooking day in and day out means that I’m happy to use anything that 1) is shelf stable, so I can keep a lot on hand and 2) cuts my prep time.

I don’t know if it’s an ADHD thing, but having multiple kinds of fresh produce stressed me out because I’m convinced half of it will go bad before I can remember to use it. Jarred minced garlic and bottled lemon juice helps clear mental space for fresh bell peppers and broccoli.

What’s really being talked about here is how we look at food, and how fresh, “better” food is still something that’s not accessible for many people. It shouldn’t be the case that processed, less nutritious food is often cheaper, but it is. People should have to live in food deserts, but they do. Especially during a pandemic when going to the grocery store is a nerve-wracking undertaking, feeding yourself and your family stuff that tastes good and is good for you is much harder than it needs to be. This isn’t just about garlic in a jar; it’s about food, class, and accessibility in America.

The fact that we focus on “obesity” as an epidemic over malnutrition, poverty, food deserts, and a general lack of access to affordable healthcare for both kids and adults tells you everything you need to know about fatphobia, classism, and capitalism tbh.

Until we can change the way we eat, cook, and most importantly, sell food in America, please table your ingredient-shaming hot takes.