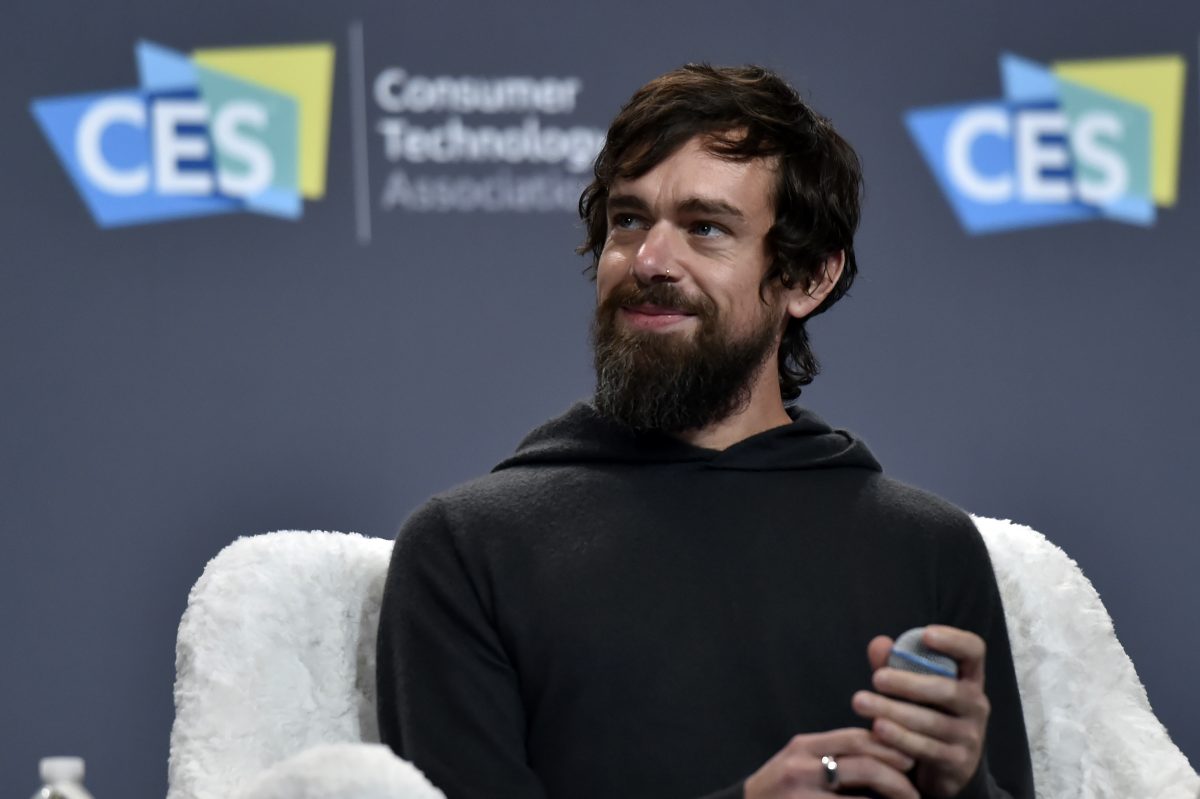 Twitter, like a shitty boyfriend or an overpowering Oreo addiction, is bad for all of us, but we just can’t seem to quit it. After all, where else would be get our latest news, memes, and dangerously irresponsible ramblings from the president? Despite its myriad problems (and by problems, I mean Nazis), Twitter continues to reign supreme among social media platforms, for better or for worse.

In an effort to pave a new future for the company, CEO Jack Dorsey participated in an AMA hosted by TED Talks. Twitter users were encouraged to ask questions with the hashtag #AskJackAtTED, and reader, it went about as well we thought it would.

In a brilliant move, the questions that poured in were projected onto two giant screens behind Dorsey, providing a stunning backdrop of people asking WTF Dorsey was going to do about the proliferation of Nazis and hate speech on the site. As Dorsey laid out his plans for the company, which included “reducing outrage” and “incentivizing healthy conversation,” tweets kept pouring in about the company’s seemingly indifferent attitude towards harassment and abuse.

Ooh exciting. @jack is taking questions from Twitter users live at TED today. Anyone?? I’d like to know why a video that showed me being beaten up & threatened with a gun to soundtrack of Russian anthem stayed up for 72 hours despite 1000s of complaints, @jack?#AskJackAtTED pic.twitter.com/KuRdNoDyAY

Hi @jack – why is the most influential man in the world allowed to share chopped up videos driving a tsunami of hate at @IlhanMN – on your platform?

– She’s now facing death threats and you all are seemingly allowing it to happen.
#AskJackAtTed

While we all appreciate cute icons to go with #metoo and #blacklivesmatter (hands up) #AskJackatTed why have you consistently supported racists, Nazis and misogynists?

As a former member of @Twitter Trust & Safety Council #askJackatTed why do you consistently allow for abuse and harassment on your platform?

The tweet screens were turned off halfway through the interview (no surprise), although TED Talk organizers said that was their plan all along. In addition to questioning Twitter policy, plenty of users just went after Dorsey’s appearance, which hopefully doesn’t come as a surprise to the guy who runs Twitter. The CEO appeared disheveled with a long beard and knit hat, prompting plenty of jokes.

We poured Monster Energy Drink onto an old VHS copy of Boondock Saints we found in a Freshman dorm, then we added just a touch of DNA. Let’s see what happens next! pic.twitter.com/i3w92tf9xk

FUN CHALLENGE: every single professional woman show up to work dressed like this pic.twitter.com/ffPh8cQz9n

Who wore it better? @Jack or the Great Gazoo? pic.twitter.com/qyMwwi3qhA

Not important but Jack Dorsey looks like a Lord of the Rings dwarf who’s trying to convince his friends to stop mining for gold and start investing in Bitcoin pic.twitter.com/oKDMsiSxez

jack dorsey looks like he was exiled from rivendell for being a sex offender pic.twitter.com/drF8jbgNmK

His plan includes a more proactive approach to removing abusive tweets, as opposed to relying on user reports. Dorsey said that their system now eliminates up to 38% of those tweets.

Dorsey also wants to make the site “more meaningful,” saying, “You don’t necessarily walk away feeling you have learned something … It takes a lot of time and a lot of work to build up to that.” Great plan, dude, but before we get to educating the masses, how about you address the rampant abuse and hate speech targeted at women, people of color, and LGBTQ folks? Like, get that up to 100% first and then tackle that other stuff.

TED’s Chris Anderson and Whitney Pennington Rodgers pulled no punches during the interview, pressing Dorsey on his policies. Anderson said it best when he compared Twitter to the Titanic, saying,

“We are on this great voyage with you on a ship, and there are people on board in steerage who are expressing discomfort and you, unlike other captains are saying, ‘well, tell me, I want to hear,’ and they’re saying ‘we’re worried about the iceberg ahead,’ and you say, ‘our ship hasn’t been built for steering as well as it might,’ and you’re showing this extraordinary calm, but we’re all saying, ‘Jack, turn the fucking wheel!’”