Roomba Tweets and is Controlled via Internet | The Mary Sue 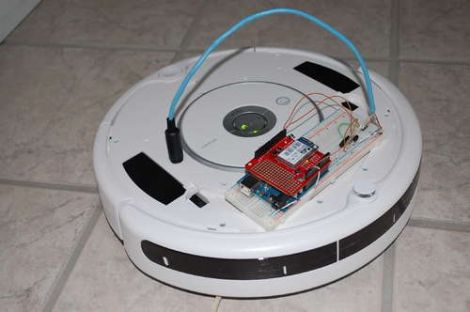 So you got yourself a roomba, gave it a name and slapped some googly eyes on top. What’s next? matchlighter, from instructables, figured the next logical step is to let the little guy/gal/thing tweet whatever he/she/it is doing at the moment. Through a bunch of magic that you can check out in detail on the instructable page, matchlighter managed to allow his roomba to be remote controlled over the Internet as well as tweet when it is picked up, returns to dock, avoids a ledge and a few other scenarios. For now, the roomba’s vocabulary is pretty sparse, but after a few updates maybe it’ll be able to tell us when it’s ferrying kittens or engaged in a fight to the death, but I’m pretty sure it’ll keep all the robot uprising stuff to itself.

Check out what it’s up to on its twitter.