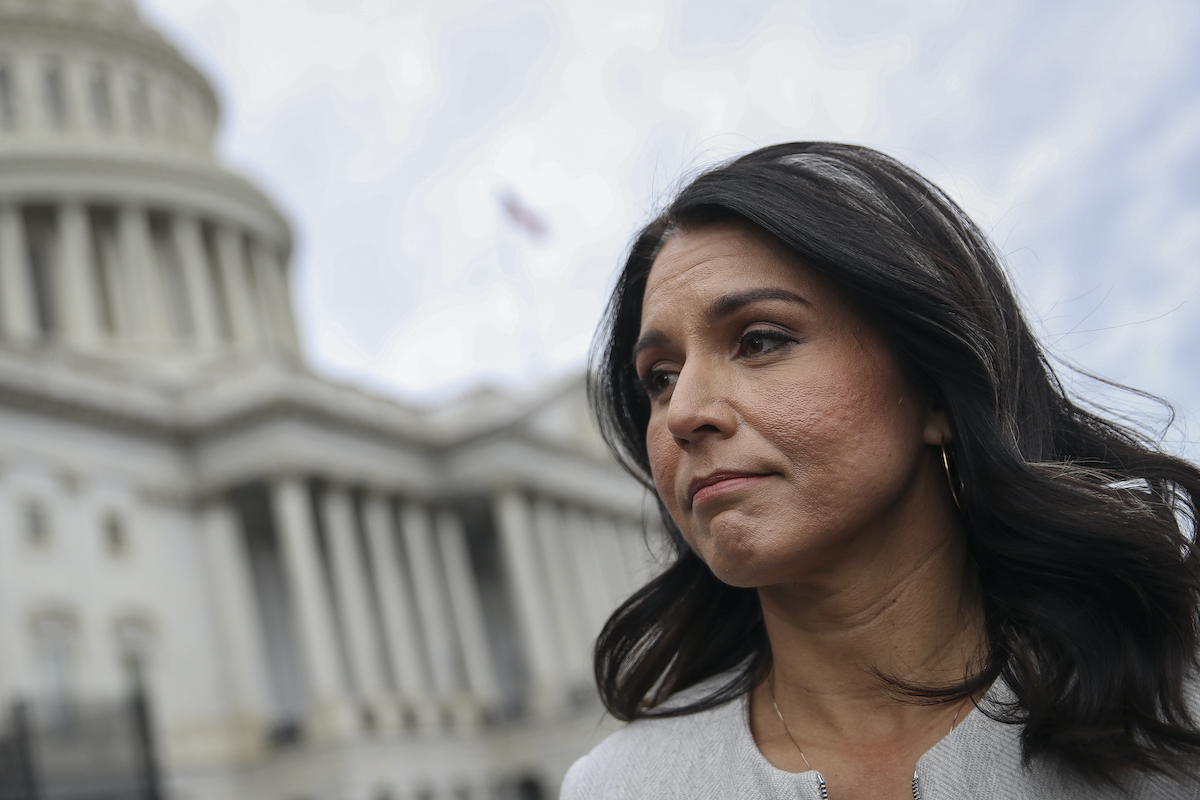 Democratic presidential candidate Tulsi Gabbard hasn’t been on the debate stage in a few months, but she’s back making headlines today for her decision to sue Hillary Clinton for defamation.

Back in October, Clinton appeared on the podcast Campaign HQ and talked to host/Barack Obama’s former campaign manager David Plouffe about different forms of election interference. She said that during the 2016 presidential election, both Russian agents and Republicans saw third-party candidate Jill Stein as an asset. She said that she thinks both groups are looking ahead to use a 2020 Democratic candidate to their benefit again and while she didn’t name that candidate, it was clear she was talking about Tulsi Gabbard.

Now Gabbard has filed a defamation suit against Clinton, accusing her of having “smeared” Gabbard’s “political and personal reputation.”

The statement from her legal team claims Gabbard’s candidacy was “intentionally damaged by Clinton’s malicious and demonstrably false remarks.”

According to The Hill, Clinton’s spokesperson Nick Merrill responded by saying “that’s ridiculous.”

I don’t disagree. Gabbard’s lawyers said in her defense, “Tulsi Gabbard is a loyal American civil servant who has also dedicated her life to protecting the safety of all Americans.” The thing is, no one has said otherwise.

Here’s what Clinton actually said on that podcast:

They’re also going to do third-party again. I’m not making any predictions, but I think they’ve got their eye on someone who’s currently in the Democratic primary and are grooming her to be the third-party candidate. She’s the favorite of the Russians. They have a bunch of sites and bots and other ways of supporting her so far.

At the time Clinton made her comments, there was some confusion over their meaning. First, that “they” is a little vague. The “they” that she thinks is going to go third party is Republicans, not Russians–though part of that tactic is the force of Russian bots defending her online.

So how better to prove her dedication to Democratic unity than by suing a prominent former party leader? Way to prove everyone right, Tulsi.

Tulsi is so angry at a hint that she’s a Putin asset she will now sue the person Putin hates most.

It’s been speculated that Gabbard could be on Trump’s mind as a 2020 running mate. From her frequent, harsh criticism of other Democrats and Democratic institutions to choosing to vote “present” on impeachment, Gabbard hasn’t done much to combat that rumor or the reasoning behind it.