After demanding it for months. Who could have predicted!? 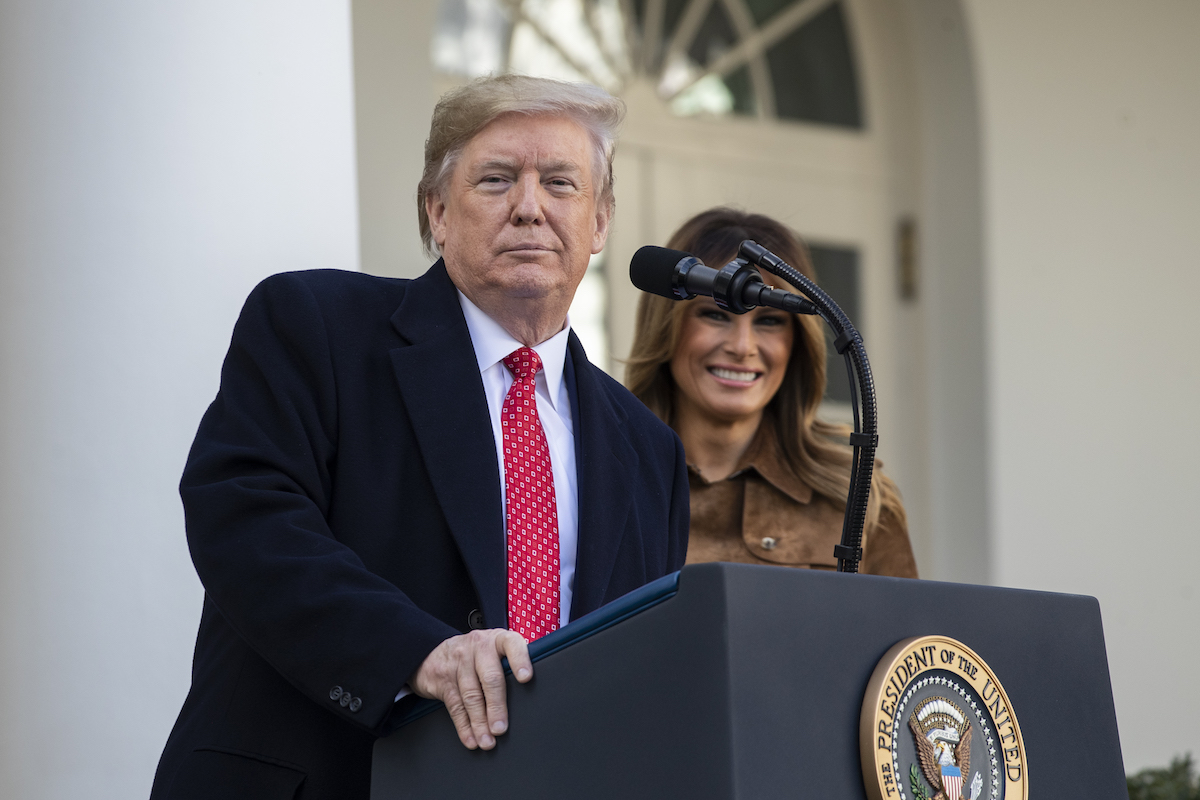 For months, Donald Trump has been criticizing the U.S. House impeachment proceedings as unfair. The Democrats, he says, have no respect for due process, they won’t let Republicans call witnesses or have lawyers, they only act in secret, and they won’t let Trump defend himself.

“Serial killers get more Due Process than the Democrats give to the President of the United States.” @marklevinshow

Of course, not one of those things is actually true. They’ve all been proven to be untrue and to be things that Trump and Republicans don’t actually care about or even want. Trump has constantly interfered with due process by blocking subpoenas; there were weeks of public hearings (and even during the period of private hearings, Republicans on the involved committees were included–when they chose to show up); and House Republicans have had the option to call witnesses (to be questioned by themselves and their counsel), but the only thing they seem to care about is outing the original whistleblower, which Rep. Adam Schiff says isn’t going to happen.

As for letting Trump defend himself, we’re approaching the part of the impeachment process where that could actually happen. Schiff and the other Democrats haven’t been denying Trump any “due process”—there’s just an order and, well, a process to impeachment.

Now that things are moving from the House Intelligence Committee to the Judiciary Committee—which will examine the evidence and decide whether or not to draft articles of impeachment and what those will entail–committee chairman Jerrold Nadler has asked Trump if he wants to present his defense. And after months of demanding the opportunity to do so, wouldn’t you know it, he’s suddenly not so interested!

“At base, the president has a choice to make: he can take this opportunity to be represented in the impeachment hearings, or he can stop complaining about the process,” Nadler wrote in a letter to Trump. Trump, though, has taken option C: none of the above.

The White House counsel wrote a scathing, snarky, five-page letter to Rep. Nadler, calling the proceedings “unfair” and “partisan.” He mocked Nadler for beginning the committee’s hearings with an “academic discussion by law professors” to determine the “historic and constitutional basis of impeachment” (rather than calling fact witnesses), but then claimed that there is no historical or constitutional basis for impeachment–which sure seems like the kind of thing they’d want to argue in person.

Basically, Trump is now saying that he won’t participate because he doesn’t believe he’ll be treated fairly, and rather than give the House Democrats the opportunity to prove him wrong (or right), he’s doing the presidential equivalent of taking his ball and going home—except these committees are going to keep moving ahead, with or without his cooperation.

The Do Nothing Democrats get 3 Constitutional lawyers for their Impeachment hoax (they will need them!), the Republicans get one. Oh, that sounds fair!

This isn’t the first time Trump has done something like this. Back during Robert Mueller’s investigation into Russian interference of the 2016 election, Trump originally said he would cooperate and answer Mueller’s questions, but he then decided not to for fear of getting caught in a “perjury trap”—because I guess the idea of just not lying wasn’t an option, then or now, apparently.