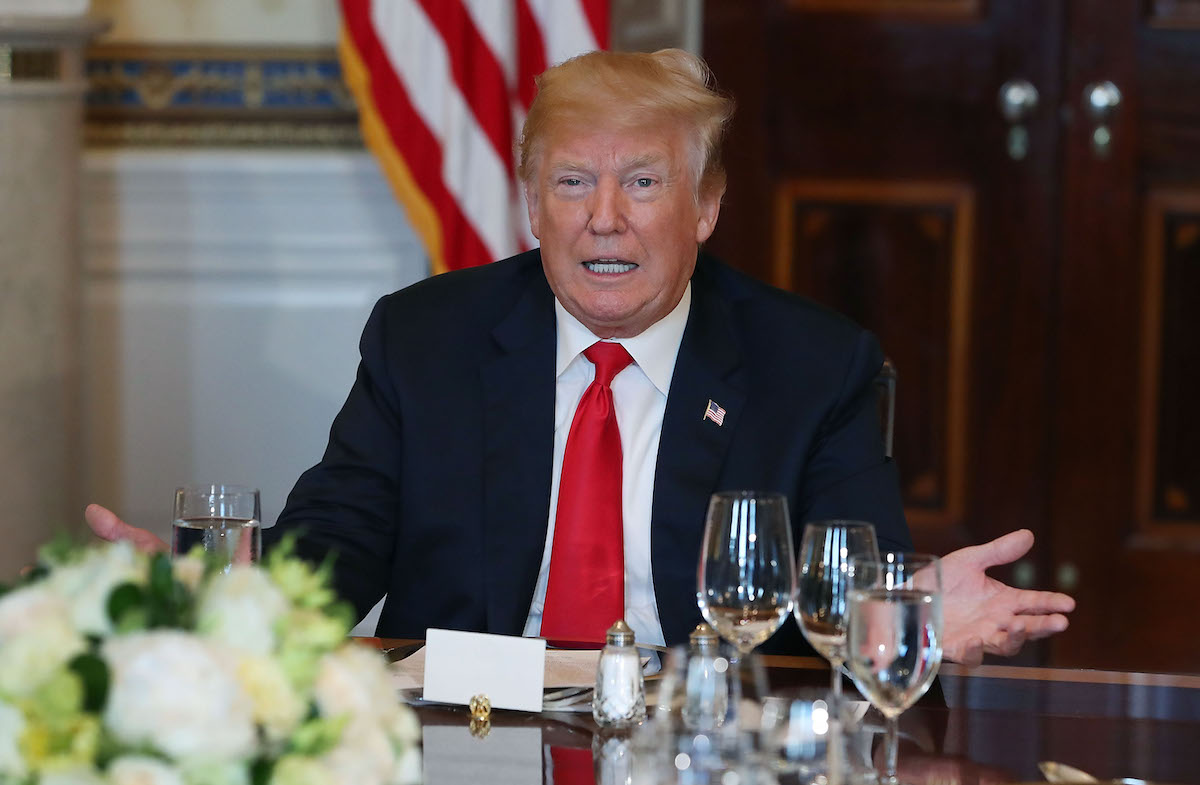 Earlier this month, the White House released the annual overly flattering report on Donald Trump’s health. This one, bizarrely, appeared to be written by the White House rather than Trump’s doctor but it still didn’t come off as any more effusive than past reports.

In 2015, Dr. Harold N. Bornstein said that if Trump were elected, he would be “the healthiest individual ever elected to the presidency.” He called his bloodwork “astonishingly excellent” and that was the physical that drove Trump to label himself a “very stable genius.”

Last year, Trump’s doctor at the time, Ronny Jackson, said that with some changes to his diet, Trump could live to be 200 years old. That’s a ridiculous statement for so many reasons, starting with how absolutely terrible Trump’s existing eating habits are. This is a man whose favorite foods are pretty much limited to well-done steaks slathered in ketchup, Diet Coke, Trump Tower taco bowls, and lots of ice cream. And unlike most adults, he famously refuses to eat any foods but his favorites.

“Brawndo’s got what plants crave”

In fact, Trump is so stubborn in his childish eating habits that that doctor, Ronny Jackson, tried to hide vegetables in his food.

“The exercise stuff never took off as much as I wanted it to,” he told the New York Times. “But we were working on his diet. We were making the ice cream less accessible, we were putting cauliflower into the mashed potatoes.”

There are cookbooks dedicated to helping parents sneak more vegetables into their children’s diets. Mixing cauliflower in with potatoes is definitely effective, but not a tactic that should have to be used on world leaders.

Trump spent the weekend in India and his inability to expand his diet was reportedly a problem there, too. As Jimmy Kimmel put it, “this is an interesting trip for Trump is because the Indian prime minister is a strict vegetarian and he does not plan to serve our president meat of my kind. His plan is to serve him vegetarian meals, which is like trying to fill a Buick with safflower oil—it just doesn’t work.”

Ahead of Trump’s visit, multiple outlets reported sources telling them officials were “worried” about how Trump would cope without burgers or steaks for a whole two days, with at least one person saying they “have never seen him eat a vegetable.” About 80% of the Indian population is Hindu, and consider cows to be so sacred that not even McDonald’s restaurants serve beef burgers. It’s literally Trump’s worst nightmare.

Weirdly, at least one chef in charge of planning a “hi tea” between Trump and Indian Prime Minister Narendra Modi chose to add more vegetables to the menu. Rather than serving traditional samosas filled with aloo matar (a delicious mixture of potatoes and peas, which, yes, are both vegetables but they’re the kind Trump might tolerate) they served broccoli and corn samosas–something I’d never heard of and which apparently didn’t go over well with anyone, not just Trump.

The #BroccoliSamosa is a miserable snack. Not a single person finished a full one! Wish there was something genuinely Indian for high tea rather than this bastardised version of our yummy #samosa.
Bad menu choice for #NamasteTrump @realDonaldTrump #India at #SabarmatiAshram pic.twitter.com/N2YiUb4c3I

If you change a samosa’s fillings, you are playing with feelings! #BroccoliSamosa is NOT samosa. #AlooLoverForever

Trump is the broccoli samosa of people

I miss having an adult in the White House.