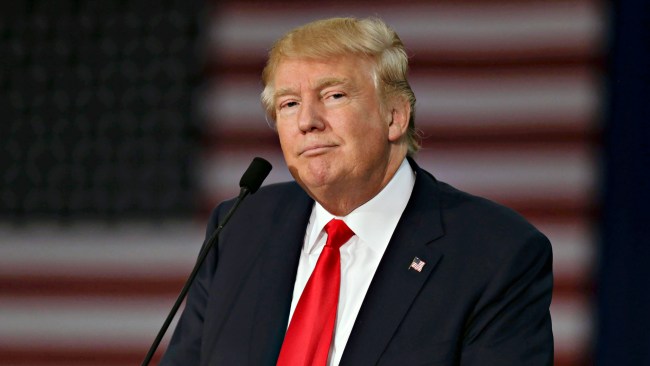 While much of the world was caught up talking about inauguration crowd sizes and White House Press Secretary Sean Spicer’s war on Dippin Dots, President Trump signed an executive order to push forward the development of the Keystone XL oil pipeline that runs through Native American lands in South Dakota. This is the pipeline that drew the attention of the world as water protectors flocked to Standing Rock to block the pipeline’s construction in 2016.

Towards the end of former President Obama’s term, federal officials had announced that the government would no longer be issuing permits to build on the land, effectively blocking construction for some time. It was a move that was seen at the time by many as a stopgap move, intended to ease political pressure on the administration which had long been growing along with the protest. Calls for President Obama to do more to make that protection last ultimately fell by the wayside as Trump’s inauguration date inched ever closer.

While many headed home after that initial victory, many water protectors remained, saying they won’t leave until the construction crews leave. As of late, they’ve been targeted by law enforcement officials using particularly harsh tactics to get them to disperse: water cannons turned onto protesters in the middle of snowy, freezing temperatures; continual deployment of tear gas and other irritants; weapons loaded with less-than-lethal ammunition—the tactics run the gamut. The fight has been far from over. With the signing of Trump’s executive order, that’s never been more clear.

What’s more, Trump has a directed interest in the completion of the Keystone XL pipeline. According to Reuters, until mid-2016, he held stock in ETP, the company responsible for the construction of the pipeline. Additionally, the CEO of ETP Kelcy Warren, donated $100,000 to Trump’s presidential campaign. His order to continue construction should be considered with the utmost of dubiousness and doubt, and his intentions and motivations should be absolutely called into question here.

Keep in mind that the federal government has also issued gag orders to the National Park Service, barring them from using their social media channels to tweet about things that range from road conditions to facts about climate change. The White House has also halted grants to the EPA, which for the moment is temporary, pending a review. Any service—government or private or otherwise—that can stand against the construction of the pipeline on the basis of science and fact has essentially been frozen or gagged from doing their job.

It was one thing to watch as Spicer spouted boldfaced lies at an official White House press conference about crowd size, but it’s a completely different thing entirely to go after and attack the agencies and organizations that protect and record science and fact.

Interestingly enough, one of the other top news stories on Reuters today is about a Canadian oil pipeline bursting, which spilled over 200,000 gallons of oil onto aboriginal land. One hopes that this tragic event up in Canada doesn’t ultimately prove to be prophetic for the people of Standing Rock.

Going forward, the protection of water and lands at Standing Rock will continue. According to the Associated Press, the Standing Rock Sioux chairman will be filing a lawsuit against Trump’s executive order, on the grounds that the pipe “risks infringing on our treaty rights, contaminating our water and the water of 17 million Americans downstream.” Battling it out against the federal government in court is certainly just one of the many fronts of this controversial issue.

Make no mistake: the forcing of construction is a power move. The (albeit temporary) freeze of the EPA and the NPS are actions taken to remove the checks and balances that would otherwise prohibit any other administration from acting so recklessly. The constant assault on the truth and their continued discouragement of critical thought are only the beginning. When they take away our ability to seek the truth in science and fact, they take away one of the strongest weapons we have against ignorance.

What can you do?

Standing Rock still needs donations. They’re going to fight this out in court, and that isn’t cheap, especially when you’re going up against the federal government. Water protectors still need your help, and if you can’t physically be there, donations of money or goods go a long way to making sure they can stay in the fight.

There are various NoDAPL protests being planned for as soon as this month, and your presence at these protests matter. (And if you do decide to attend a protest, check out our protest primer to get caught up on things you might want to know to keep you and your fellow protesters safe.)

Now, more than ever, it’s up to all of us to resist. We’re only just beginning.