Sorry, Goya, a Boycott Is Not 'Suppression of Speech' | The Mary Sue

Can Someone Please Explain to Goya Foods’ CEO That a Boycott Is Not “Suppression of Speech”? 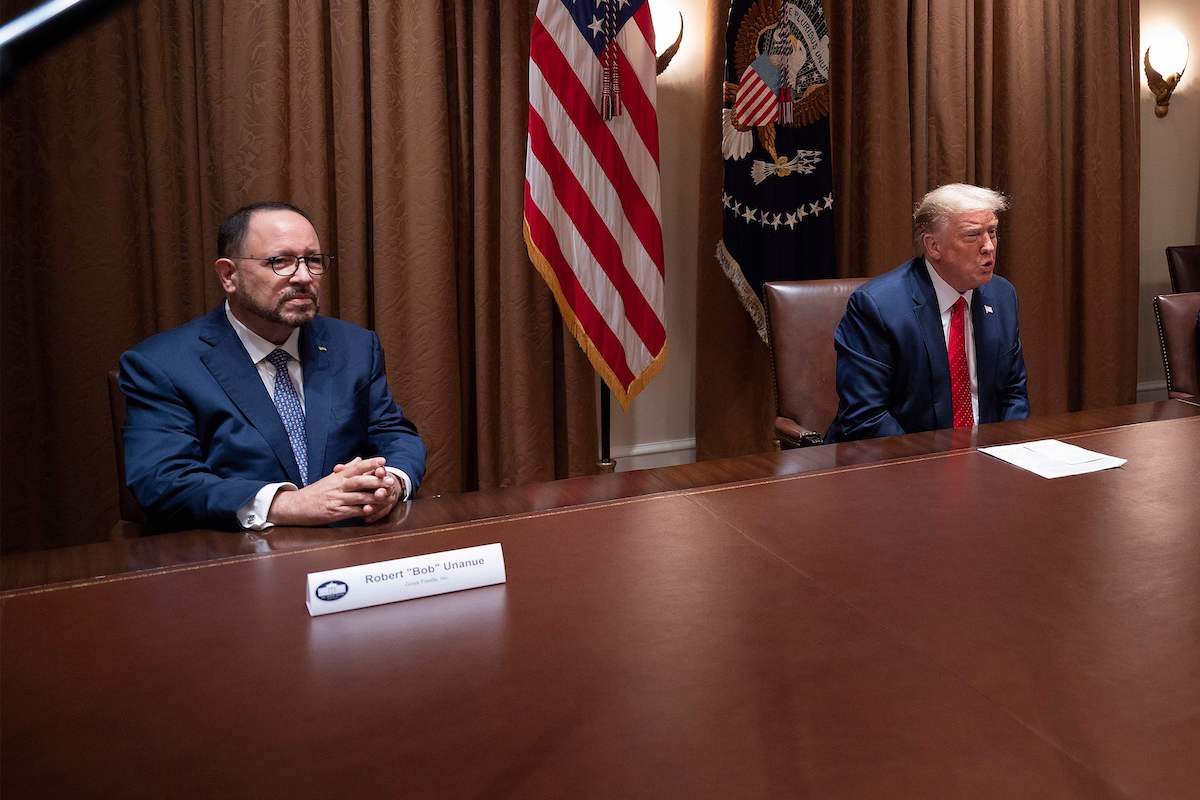 Donald Trump had another one of his pro-capitalism press conferences Thursday where he trotted out some corporate CEOs to talk about how great he is. One of those CEOs was Robert Unanue of Goya Foods, the largest Hispanic-owned food company in the United States. Unanue praised Trump for his leadership skills.

“We’re all truly blessed… to have a leader like President Trump who is a builder,” Unanue said.

That did not go over well with Latinx people, including prominent political leaders, who aren’t too happy about seeing Donald Trump, the overseer of anti-immigration and family separation policies, being heralded as a leader. I mean, we all know Trump thinks of himself as a “builder” (of walls) but that doesn’t make it true or worthy of praise.

Oh look, it’s the sound of me Googling “how to make your own Adobo” https://t.co/YOScAcyAnC

.@GoyaFoods has been a staple of so many Latino households for generations.

Now their CEO, Bob Unanue, is praising a president who villainizes and maliciously attacks Latinos for political gain. Americans should think twice before buying their products. #Goyaway https://t.co/lZDQlK6TcU

#GOYABOYCOTT has been trending on Twitter since the press conference, with a lot of Latinx and Hispanic people saying they’re done with the brand and showing recipes for replacements, along with a lot of white people and bots accusing them of CaNcEl CuLtUrE.

Unanue himself joined in with the latter group. He went on Fox News Friday to say he was “not apologizing” for his comments and calling the threats of boycott “suppression of speech.” It’s not.

Respectfully, calls for Goya boycotts are not “suppression of speech.” The CEO is free to say what he wants. Consumers are free to react and respond. https://t.co/F94XXrsEzn

When the vast majority of your customers are Latinos, you might expect a backlash from serving as a prop for a guy who puts brown children in cages, calls countries like El Salvador, “shit-holes”, denies Puerto Rican deaths and calls Mexicans, “rapists and criminals”. That’s all. https://t.co/Pi2Il00RMt

[flushing my Nikes down the toilet]

Fine. Let Goya donate food to the masses but I as a consumer will buy my products from a company whose CEO doesn’t deliver a Dear Leader speech to the most dangerous, divisive, racist “president” in US history. #Goyaway

Also, something to keep in mind if you’re, ahem, clearing out your cupboards:

We’re all free to do w/our frijoles as we wish, but if you’re gonna #boycottgoya, pls don’t throw products in the trash. Donate the products to a food bank. And if you choose, u can replace your adobo with @badiaspices, Conchita, Iberia, Diana….many alternatives in the market. pic.twitter.com/maSoMnXw5D