All you have to do is take a trip to Home Depot and you too can foil Border Patrol! 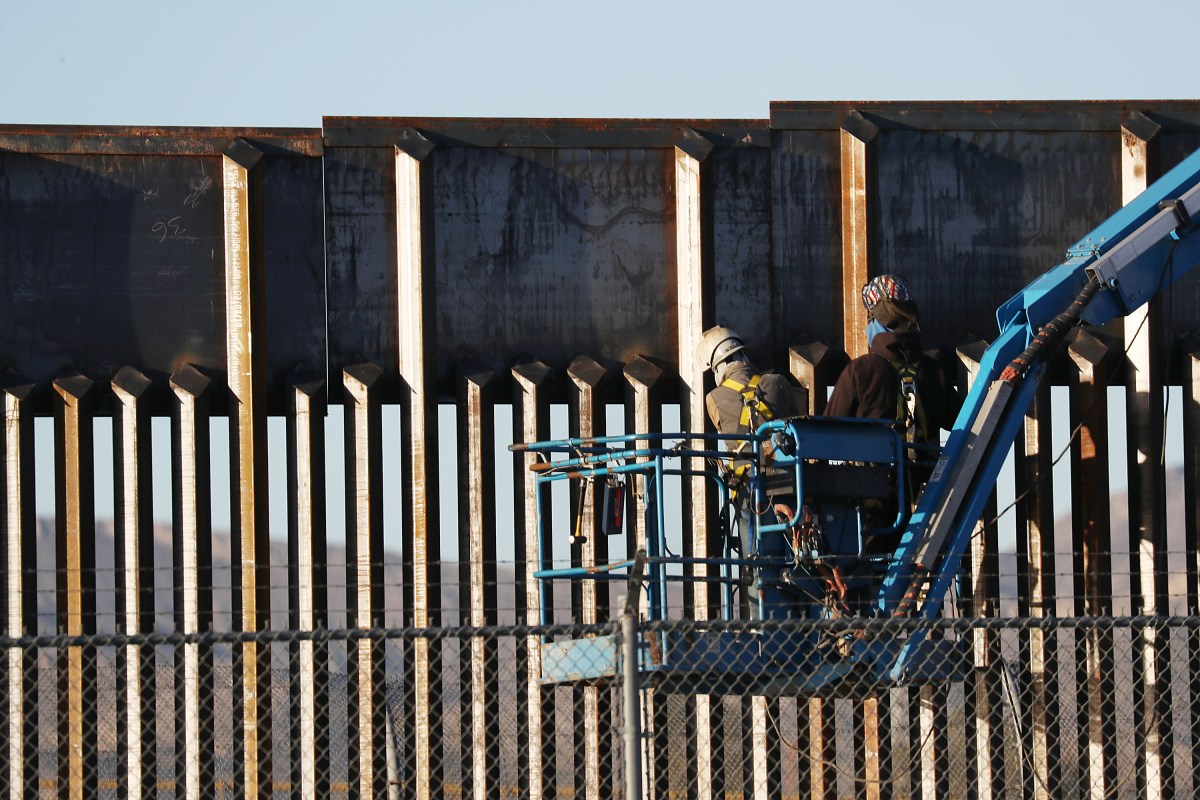 Despite Trump’s persistent claims, (most recently at his rally last night in Mississippi), that his border wall will be impenetrable, smuggling gangs in Mexico have repeatedly, and quite easily, sawed through the new sections in recent months using commercially available power tools according to a report by the Washington Post this morning. I for one, am simply, utterly *SHOCKED.* Shocked, I say!

According to the report the breaches were made using “a popular cordless household tool known as a reciprocating saw that retails at hardware stores for as little as $100. When fitted with specialized blades, the saws can slice through one of the barrier’s steel-and-concrete bollards in a matter of minutes.” I mean really, who could have seen this coming? Not only that, but after cutting the base of one bollard, smugglers can also simply PUSH the steel out of the way, allowing adults to fit through the resulting gap.

Friday night: Trump says you can’t cut through the wall.

In San Diego, officials have reported (anonymously) that smugglers also figured out how to cut the bollards and then, upon returning them to their original positions, apply putty with a similar color and texture to a steel weld so that the breaches go unnoticed. In fact, the fake welds often trick patrols into thinking those areas have already been repaired. Which then makes it even easier for smugglers to break through on subsequent visits. And, even when breaches are spotted and actually welded shut, the welded joint is much softer and more quickly cut through by the smugglers. Really, just a win-win for smugglers all around.

And of course, if all else fails, smugglers fall back on the tried and true, handy dandy ladders. Usually made of thin and affordable rebar:

“The rebar ladders are popular because the metal support rods are inexpensive and are skinny enough to pass through the four-inch-wide gaps between the bollards, making it possible for the smuggling teams to use them to scale the secondary row of fencing, according to agents. Rebar, easily purchased at hardware stores, typically is used within concrete as reinforcement.”

I mean, on the one hand, I am smugly enjoying this moment of “told you so” (as is Twitter.) On the other, this barrier has a $10 billion price tag and is being entirely funded by us, the tax paying American public. And while Trump has made this the literal, physical “symbol of his presidency,” (he has been boasting recently that it is “virtually impenetrable” and a “Rolls-Royce” of walls that border-crossers will not be able to get through), it really feels as if the joke is on us.