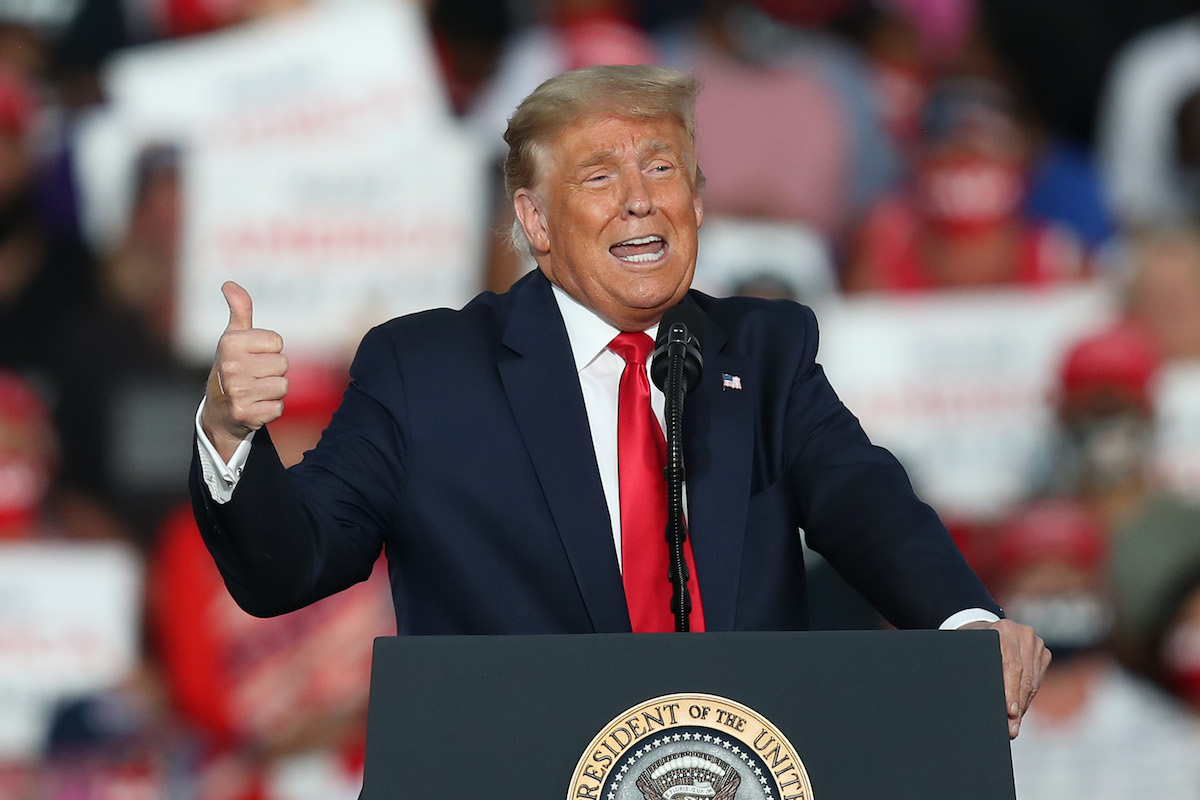 After Donald Trump bailed on the second scheduled presidential debate, refusing to do the event remotely after testing positive for COVID-19, Joe Biden said that he would still be doing a town hall event with ABC News solo.

Biden’s town hall was announced nearly a week ago, with the event happening tomorrow night. Then this morning, Trump decided that he would do his own town hall over on NBC News. On the same night. At the same time.

So, @NBCNews is presenting a Trump town hall opposite a Biden town hall? Do I have that right? They are forcing audiences to choose which candidate to watch? Isn’t that serving Trump’s agenda? Couldn’t they have chosen a different time?

This isn’t exactly surprising from NBC. This is the network that re-launched Trump’s career with The Apprentice. They made a fortune off of him (and vice versa) and The Hollywood Reporter has a report out today detailing the lengths NBC went to for years to enable Trump and keep him happy. Moreover, one of Trump’s biggest supporters is producer Mark Burnett, the man behind The Voice, one of NBC’s biggest current shows, meaning the network still has a huge stake in keeping Trump (and his allies) happy.

And there can’t be any mistaking that this move is specifically designed to please Trump. By pitting the two town hall events against each other, they’re effectively making the night about Trump’s favorite thing: ratings. And while I hope I’m wrong, I don’t see Biden winning that fight. A lot more people will usually tune in to watch a potential trainwreck than a nuanced political discussion.

On the other hand, people were really angry with NBC News over this announcement and #BoycottNBC was trending for much of the day. Maybe that hashtag will end up being put into practice.

The point of a news organization is to serve the public. This is the opposite. @NBCNews could literally run this any other day, or any other time. Shameful. (Disclosure: I am a former NBC News exec) https://t.co/I1CrBq3Y3H

Cesar Conde is the @NBCNews exec who made the call to award Trump free air time after Trump quit the sanctioned, non-partisan debate. This decision is not just journalistically incorrect, but morally incorrect.

Breaking: NBC to air Trump town hall after he cowardly backed out of the debate, followed by exclusive coverage of the network’s own funeral. #RIPNBC#BoycottTrumpTownHall

.@NBCUniversal established a Trump financial interest with The Apprentice.@NBCNews turned a 2016 candidate forum into 90 minutes of “what about her emails…”

Now, NBC is letting Trump run a simulcast with @SavannahGuthrie to limit viewership for Biden forum.#BoycottNBC

On Thursday night, if you play one townhall on your TV and the other one on your laptop, they will sync up like Dark Side/Wizard of Oz—but it will also cause The Path Forward To Reveal Itself and you can Depart. Thanks to NBC News for helping us welcome The Great Forevering!

Either way, just because Trump wants the night to be about ratings, that doesn’t mean it is. In no way is Thursday night viewership the same thing voter data. This isn’t a poll. To Trump, it’s not even politics, it’s show business.