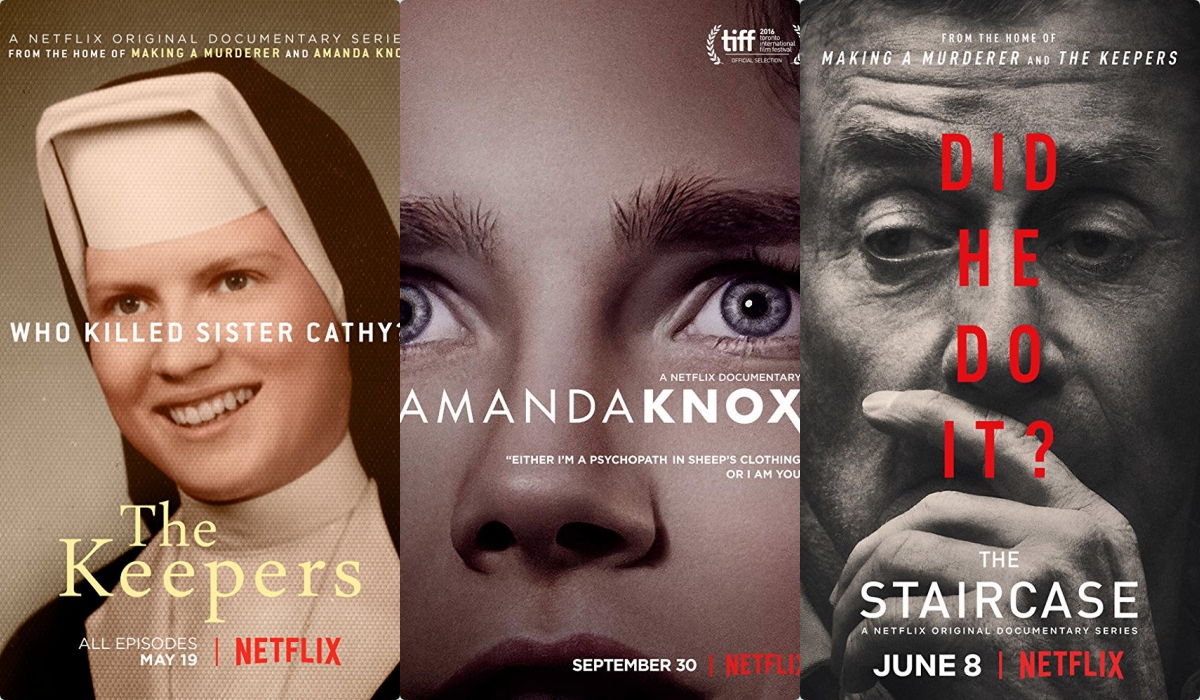 The true crime boom going on right now in podcasts, documentaries, books, etc. is nothing phenomenal for those of us who used to stay up late at night watching ID marathons of Deadly Women, Snapped, or like me, grew up watching crime dramas like Colombo and Matlock for hours on end with their parents. True crime has taught me a lot, maybe even too much, about insurance scams, fraud, double lives, and just the surreal things that can happen in this world, but it has also been reinforcement for certain things I always knew to be inherent within the system: bias.

The next season of Serial, the podcast that can be credited for pushing the true crime phenomenon to the levels of mainstream and journalistic standards that it is today (overall, there are still those of us to listen to Last Podcast on the Left religiously, hail yourselves), will tackle the workings of Cleveland’s criminal courts.

This season, we’re tackling the whole criminal justice system. Hear the trailer and subscribe today to get the first episode the moment it drops. https://t.co/TscuRSdBuO pic.twitter.com/YdyDeggnaK

According to the trailer, they choose Cleveland because the court allowed them to record everywhere, “inside courtrooms, judges’ chambers, hallways, and attorneys’ offices,” which allowed them to get insight into the ordinary day-to-day ways that our criminal justice system works, but also deeply screws up.

True Crime for me is partly entertainment, but also a reminder of the ways our legal system is deeply flawed, especially for people of color and poor people who get caught up in the system. Regardless of how you feel about certain cases, just watching Making a Murder and The Staircase shows the massive difference there is when you’re a defendant with money versus one without.

There’s a lot of analysis about the “dead white girl” issue of true crime, how it plays into these old fetishized issues of white female purity. I remember taking a class called “Dead Girls in 18th Century Literature” that was all about the idea of the white woman’s tragic death as an exploration of cultural anxieties and fears.

Yet at the same time, these things rally our sense of injustice and help us realize just how screwed up our system is. One of the best podcasts about that was the second season of In the Dark, which explored the Curtis Flowers case. For those who don’t know, Curtis Flowers is a Mississippi man, African-American, who has been on trial six times for the same murders. In the podcast, hosted by Madeleine Baran with a full team behind her, they explore all the ins and outs of the case, including a racist District Attorney who has been called out multiple times for trying to keep black jurors off the case.

It also shows how divided by racial lines cases like this still are. In the town of Winona, all the white people believe that Flowers is guilty of the quadruple homicide, whereas a majority of the black community doesn’t believe the evidence. No matter where you fall, just listening to the series all the way to the end it makes it clear that a system that allows a man to stay in jail for over a twenty years without being found guilty is flawed.

As we consume all this media that talks about people being convicted on weak evidence, we also need to be aware of the ways police are allowed to lie during interrogation, the way that most people take a plea deal rather than go to trial, the way money and power play into the legal system, and that if everyone who could try their case actually did, our courts aren’t prepared to handle it all.

If we’re going to consume all of this information and get angry, then we also need to understand that people actively live under the hammer of these things every single day. True crime is confirming all the things that people of color, the poor, and women have been saying about the legal system forever, and according to all the downloads, you guys are listening, so make sure you are not treating these stories as fiction and understand that these are people’s real lives.

What have been the most impactful true crime stories you’ve listened to? Let us know below.