Why True Crime Nerds Are Excited About This Loki Scene 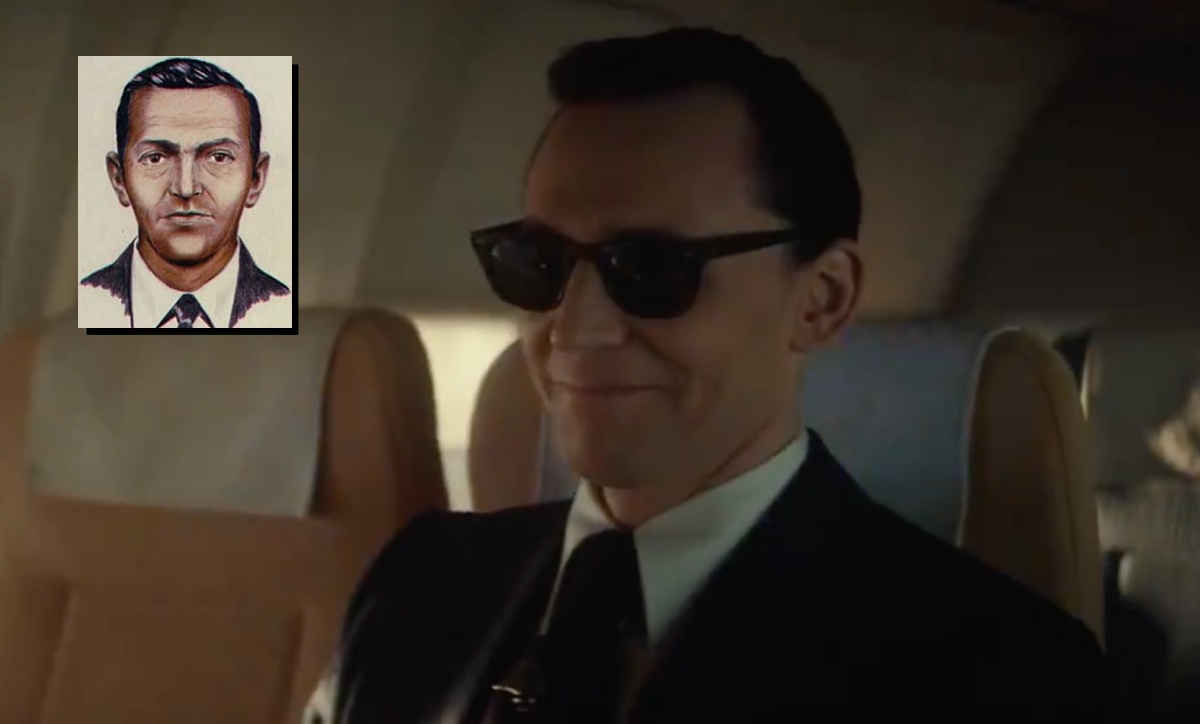 The Loki trailer delivered a glorious reminder that there is a reason that Tom Hiddleston has shone in this role. While we are still waiting for the promise of Lady Loki and an acknowledgment of his pansexuality, there was one particular piece of time warp shenanigans that got me instantly excited. Loki is D.B. Cooper.

Loki, an Original Series from Marvel Studios, is coming May 2021 to #DisneyPlus. @lokiofficial pic.twitter.com/gqT7AKur2y

Okay, for those of you who haven’t marathoned every episode of Buzzfeed Unsolved, the mystery of Dan “D. B.” Cooper is one of the biggest FBI mysteries of all time.

November 24, 1971, an unidentified man hijacked a Boeing 727 aircraft in the United States between Portland and Seattle. The alias he used was Dan Cooper, and due to a mess up on the news, he also became known in the popular lore as D.B. Cooper. During his hijacking, he extorted $200,000 in ransom and then jumped out of the plane to an unknown location. As of 2020, it is the only unsolved case of air piracy in commercial aviation history.

In the Loki scene, we see our trickster god donning a pair of sunglasses and a D.B. hairstyle in a Boeing 727 and later jumping out of the plane surrounded with some money before being sucked up by the rainbow bridge.

One of the reasons why the mystery of D.B Cooper has been so compelling is that to this day, no one knows what happened to him or the money. (Those who know never talked.) Some people within the FBI agents are of the opinion that Cooper probably did not survive his high-risk jump, but neither the money nor a body has ever been found, so for all we know “Cooper” could just be chilling somewhere in an amazing quarantine bunker.

In 2016, the FBI officially suspended its active investigation, but did not close the case.

When I saw this scene, it (along with Loki’s hair looking great) filled me with so much excitement. This show, along with Falcon and the Winter Soldier, were the two Marvel television projects I was looking the most forward to and while we have had to wait a while to get a real first glimpse, the production values look worth the experience.

Loki’s future is something interesting, technically the one we are seeing is the one without any real growth. He was plucked out of the first Avengers movie and will have to relive the death of his parents, evil big sister, and his own super real traumatic death from Infinity War. Tom Hiddleston gets to play a whole new path for Loki with a totally different Endgame and as a fan of the character, I hope it will lead to something worthy.

I’m still very irritated by the way Thor’s entire life keeps getting worse every movie and that includes the death of this little mischievous brother.