And a family affair on screen 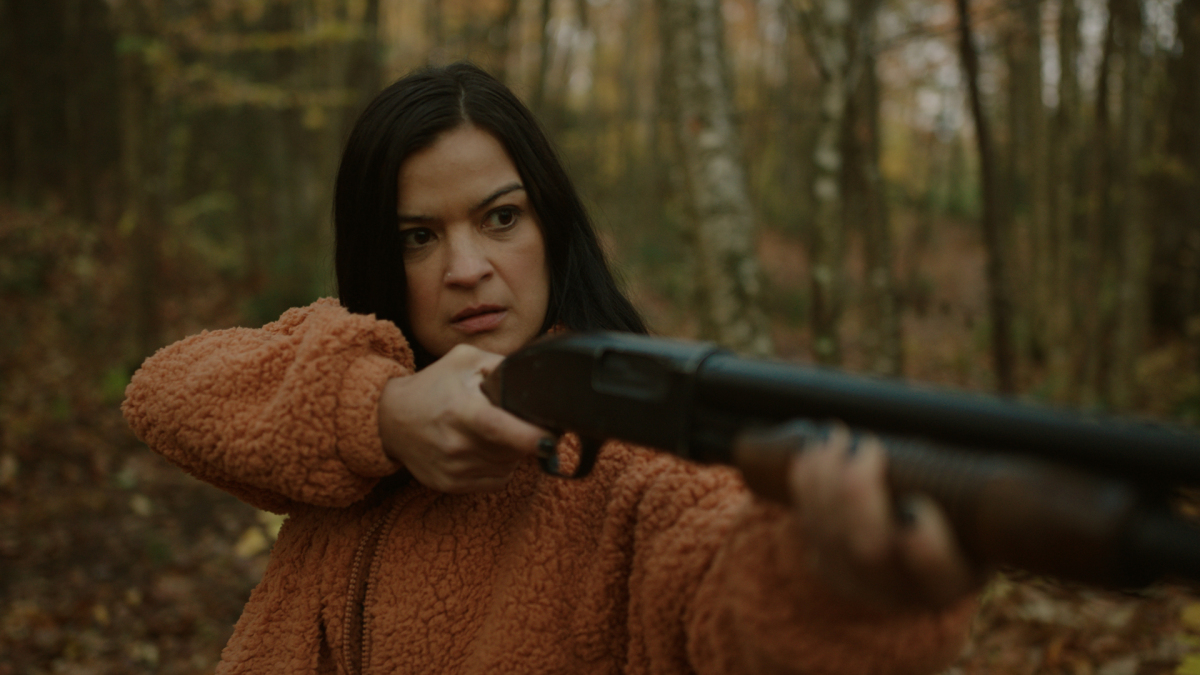 ***Spoilers for Trickster ahead***

Two episodes in and we’re fascinated with Trickster. The CW’s Canadian import hooked us with an authentic setting and a fascinating story about a young man discovering his family may be way more magical than he ever thought. For Jared (Joel Oulette) finding out the Wade (Kalani Queypo) is his father has made him think differently about his mother. Maggie, as played by Crystle Lightning may be less “disturbed” than she seems, and if last week’s cliffhanger is any indication, more powerful than we know.

We chatted with Lightning about Maggie, what’s coming up for her story and what it means to have this sort of indigenous story on American screens.

But first, I had to ask what it’s like to be part of a show like this? “I feel like I’m still on a high from this whole thing,” Lightning said. “When it premiered on Tuesday on the CW, the, the amount of the positive responses … it was literally like I was watching it happen and it was incredible. And I’m like, Oh my gosh, I’m a part of this. This is a game-changer. And I get to be a part of this epic time.”

One important this is just being in the modern era.  “I mean, Native on mainstream TV and we’re not in the 1700s!” And that seriously is big. Just look at the IMDB pages for cast members like Lightening and Queypo and most of their mainstream roles are in period pieces, usually as supporting players in white, colonizer stories. Trickster is changing that.

“We’re decolonizing, the mainstream media,” Lightning explained. “Native stereotypes are being put in the corner. Now we’re finally being seen. We’re finally being heard. You know, we’re just like, you were just like everybody else … So it feels really good to be part of this. I feel like it’s a game-changer.”

And part of that comes from showing complicated characters, like Maggie, who is very far from perfect. “I have to go to some pretty dark places to be able to play her authentically,” Lightning shared, adding, “she [Maggie] comes from a long line of transgenerational trauma as well. And so she kind of just lives the best way she knows how, and that’s literally to cover or mask all of her emotions with substances, men. On top of that, she has supernatural powers that she’s unaware of how to utilize them in a healthy way.”

We saw Maggie use those powers to seemingly kill Wade in the first scene of the series, which was the second scene Lightning shot. it was a” quite intense” scene and day, according to Lightning. “There’s a lot of things going on. There’s a physical state, she’s an absolute pain. She just gave birth minutes before. She’s in extreme desperation, rage … just completely not knowing what’s going on. Mama bear, instinct kicks in this woman. This person is stealing my son away from me … there’s so much going on.” 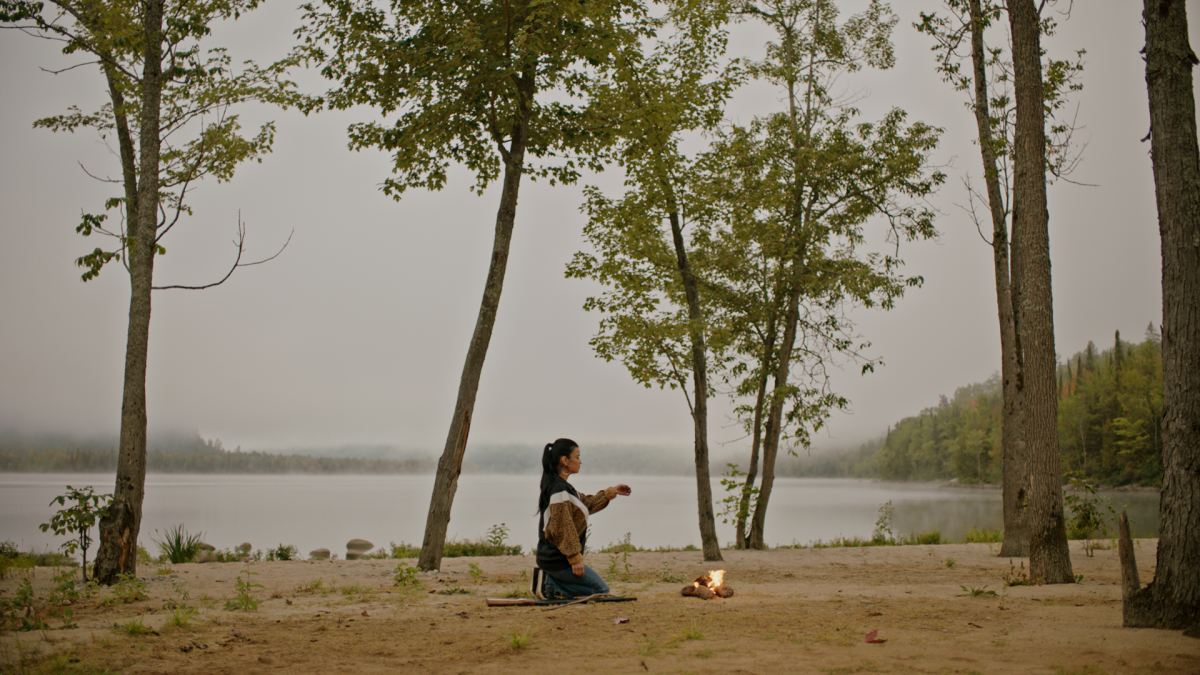 We saw in episode two that Maggie intentionally used magic to protect Jared from Wade, but it wasn’t so when Wade initially stole the child, in Lightning’s mind. “I honestly don’t even think Maggie knew she had those powers until she just hit this … just this uncontrollable feeling of desperation and rage. And it’s almost like pulling everything that she has out of the earth to try to do something about Wade taking her baby.”

And the baby actor was one Lightning had her own connection to: “That was my real son. If you didn’t know, that was my real baby.” Lightning’s three-month-old son actually ended up in the scene by pure coincidence. “I was breastfeeding exclusively the whole time I was shooting in between going to nurse my baby and then have to do this scene and then go back to the trailer to feed my son … he was on set with me the whole time.”

That ended up being very useful when the baby set for the scene couldn’t make it. Lightning told us: “In that particular first scene, the baby that was supposed to be there that night, she fell through. And I said, you know, I have a three-month-old baby in my trailer. They were like, ‘Oh yeah, that’s right. ‘So they ended up using my son for that.”

It seems like it was meant to be. Lightning added: “I waited so long to have a child because of my career. And as soon as I had my son, I actually got the part while I was in the NICU, in the hospital with my baby. I got a call from production. Yeah. And so the fact that they didn’t even question that I had a newborn—they were completely supportive.” 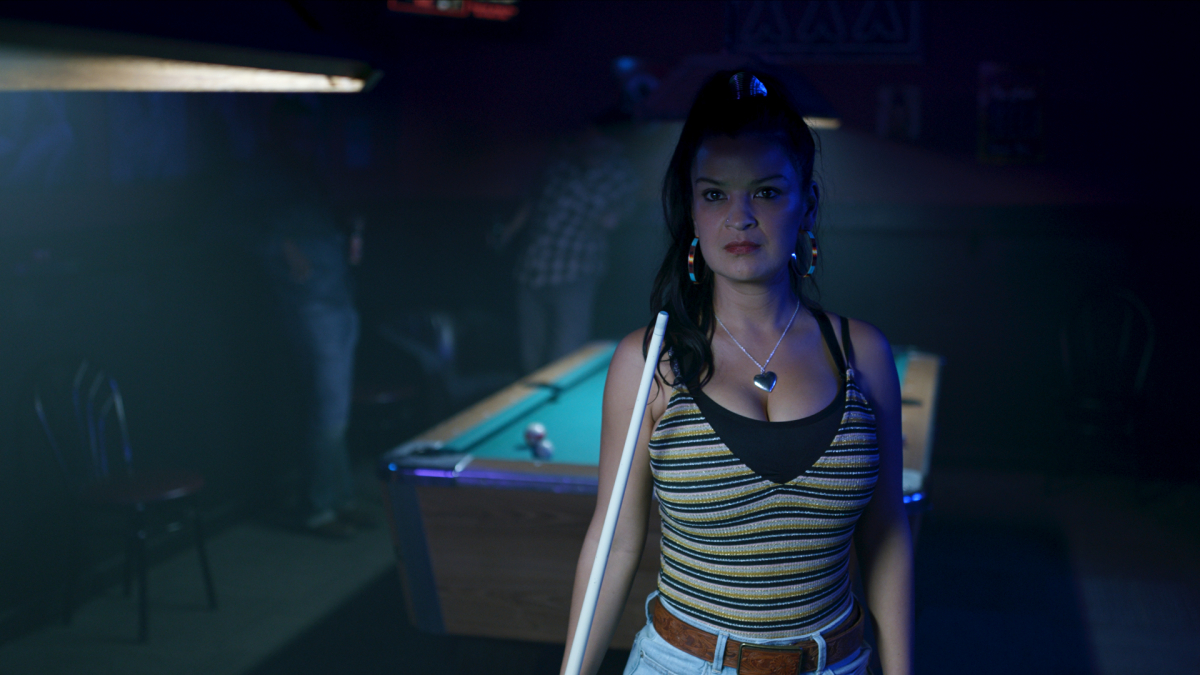 Her son wasn’t the only family member on set. This week we’ll meet Maggie’s mother, Sophia, who is played by Crystle’s mother, veteran actress Georgina Lightning. For the younger Lightning, it was a great acting experience. “Working across from her was incredible because we have a lot of really intense scenes,” Lightning said. And the issues in the TV family reflect real-life issues affecting Native populations still. Sophia “went to residential school … Maggie had a rough life with her mom. So yeah, it was, it was pretty intense to playing across from my mother.”

Family ties on screen and off, powerful stories that represent a marginalized community in authentic and compelling ways, these are the things that make Trickster very special. “It touches on everything,” Lightning agreed. “It touches on the exploitation of the land and mythology and our relationships.” This was Lightning’s first time with a mainly indigenous crew and cast. And being part of that sort of show means a lot to Lightning.

“I’m just a girl from the res, you know? And for the fact that I’ve been working at this for so long and it finally came to fruition really, really beautiful.” The fact that the show that came out of this is pretty awesome is a great bonus too. “It’s just incredible to be a part of.”

Trickster airs Tuesdays at 9:00 on The CW. All episodes are available the next day to stream for free on the CW App.