Let's Unpack Those Movies That Traumatized Us as Kids! | The Mary Sue

Let’s Unpack Those Movies That Traumatized Us as Kids! 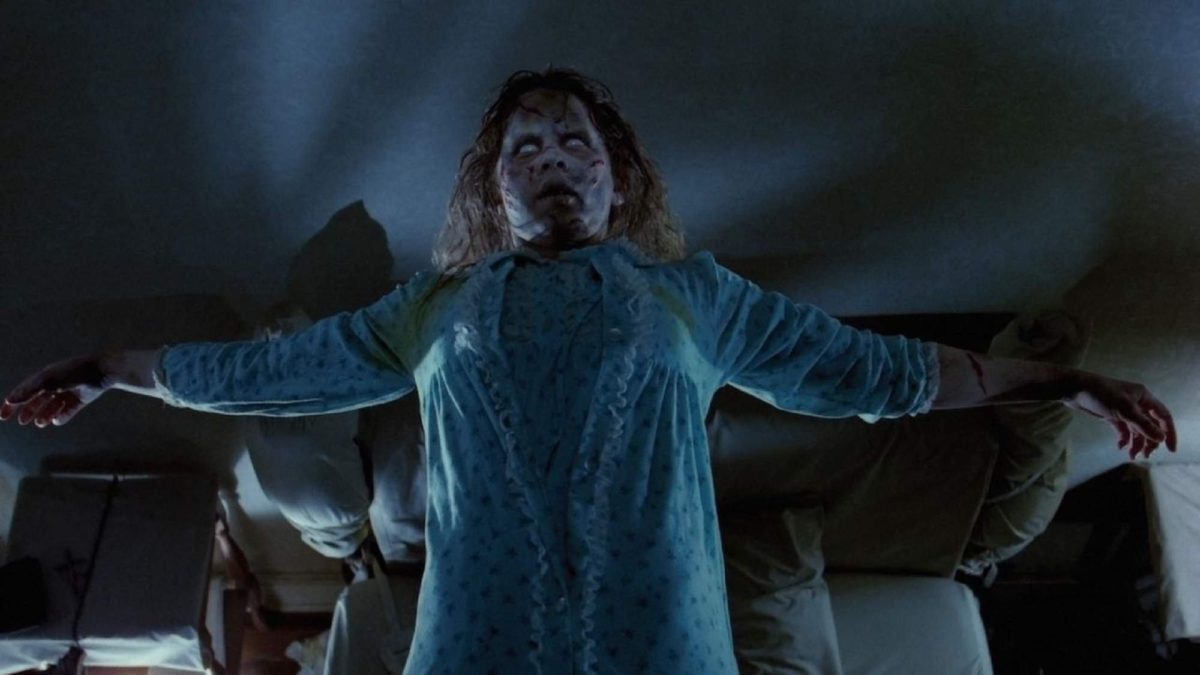 I grew up the youngest of three, with brothers who are ten and twenty years older than me—which means that I watched a lot of things at a younger age than I shouldn’t have. But the two movies I can think of that have traumatized me beyond anything else are The Exorcist and Leprechaun. Also, I can’t forget the time my mom thought she was putting on a movie about lawyers, and it was, in fact, A Nightmare On Elm Street 2, and I woke her up screaming.

So, when one Twitter user started to share the movies that scared them as kids, it slowly became a glimpse into all of our our childhood traumas.

Oh this is a good one.

While I personally did not fear Jumanji, I can understand why that would be a film that terrifies the youths and gives us anxieties about ever playing a board game again in our lives. Part of me wonders if my fear of sharks is rooted in watching Deep Blue Sea and watching a shark just strategically try to murder Samuel L. Jackson, but many of us have now started to revisit those sources of trauma from our youths and look back at the movies that haunted us then and still torment us today.

As expected, many have trauma connected back to Disney movies, and can you blame us? We literally watched Scar murder his own brother, and we were just supposed to be okay with that!

This scene in Pinocchio haunted me for years. Thanks a lot, Disney. pic.twitter.com/VPqkPSREIH

But then, there were other childhood movies that clearly left some reeling.

Wizard of Oz. When those feet curled up underneath Dorothy’s house… 😳 pic.twitter.com/lqHLDQmxe7

Bro the zombies in Scooby-Doo on zombie island were literally real and the gang lost the camera that had proof on it bro THE ZOMBIES WERE REAL https://t.co/IsO3sywUQ5

Return To Oz: THIS LADY COLLECTS HUMAN HEADS AND THEN WEARS THEM

And then there’s the movies that we probably shouldn’t have watched prior to being 21 and able to drink afterward.

(This one was very hard for me to include because it meant looking at a gif of a shark on a loop, and I started crying.)

No doubt about it:

I’m a San Diego native and seeing this with my older sisters when it came out made me give up Boogie Boarding for like a month 😏 pic.twitter.com/pH5usvsoyv

The only correct answer is ‘poltergeist’.

My dad made me watch Clockwork Orange when I was 12

I was absolutely TERRIFIED of this movie. To this day, I won’t go near a big gathering of birds.#TheBirds pic.twitter.com/gMhLFtXWTn

Saw The Shining when I was 8. Why?! pic.twitter.com/Af5vPIUApl

I was told to mention that our Kaila Hale-Stern and Jess Mason were both terrified of E.T., so this is that mention.

What movies frightened you while you were growing up? Something that still makes it hard for you to watch? Let us know what you think in the comments below!

(Editor’s Note: Willow—the scene where everyone gets turned into pigs, specifically. Thanks for the lifelong body horror ramifications!)