Tower Masterfully Tells the Story of a 1966 Mass Shooting By Focusing on Survivors’ Experiences, Not on the Shooter 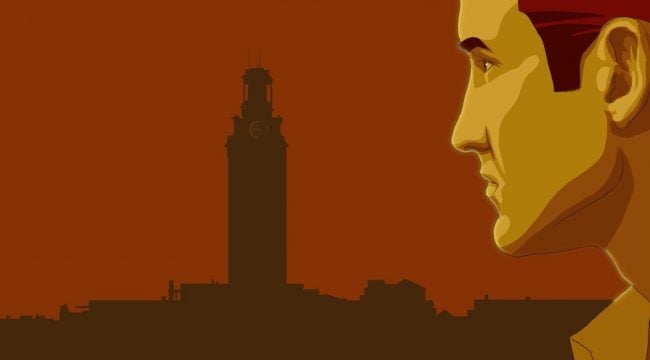 Over about an hour and a half, Tower shares the first-person testimonies of eight people who were at the University of Texas on August 1, 1966 after a sniper went to the top floor of the UT Tower and opened fire. Tower captures the fear, confusion, and violence of that day with painful intensity, but it also shows the bravery, resilience, and heroism of regular people that we don’t hear enough about. You can watch the trailer here.

We had a chance to screen the documentary last week, which was followed by a Q&A with director Keith Maitland and executive producer Meredith Vieira. We were thankful for that, because it’s a movie that takes some time to fully absorb.

I say with confidence that Tower’s mixed media approach is unlike anything I’ve ever seen before. By combining archival footage with rotoscopic animation and blending recreation with testimony, the editors masterfully put the audience in the perspective of those on the ground in 1966. “The word we used all the time in editing was ‘seamless,'” says Maitland, “We wanted it to be seamless between the animation and the archival, and the idea is that 3 days from now, you hopefully don’t remember if a moment was footage or animation.” Each switch feels like it serves a purpose, and though Maitland’s beginning in narrative filmmaking is apparent in the strong dramatic tension, his talent for documentary shines as real audio and footage grounds you into remembering everyone on screen is a real person with “a million layers of depth.” 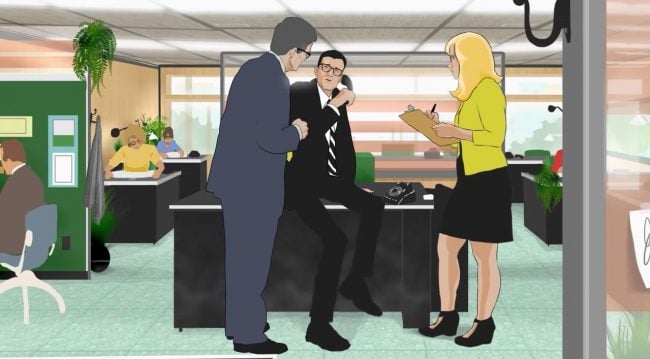 While cartoons have a connotation of being childish or juvenile, this is by no means the case in Tower. Vieira mentioned her original skepticism towards using animation to tell this story, saying “my concept of animation is not what I ended up seeing.” Even more impressive, perhaps, is how real these scenes feels despite the fact that they were not permitted to shoot film on campus. Maitland shot the backgrounds on his iPhone which were then composited with other shots.

The entire film is also handheld, capturing an urgent tone that sought to replicate the energy in 1966. While we are introduced to a number of “characters”–policemen, students, journalists, children–the movie begins and ends with Claire Wilson, a student who was pregnant when she got shot. Her boyfriend, Thomas Eckman, dies beside her soon after being shot by the sniper. The heart of the story lies in its dedication to stories from the ground, and not from the Tower. 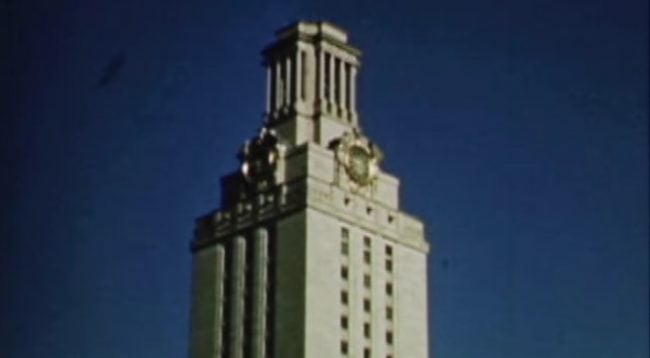 The shooter, Charles Whitman, is only mentioned in a segment from Claire’s testimony. Maitland, pointing to the many cultural references (Full Metal Jacket, 70s music) and “literally 300 websites” wanted to shift the narrative:

“There’s a lot of information about Charles Whitman, and there was no information about any of the people that we’d already dedicated our approach to, and at some point along the way we kind of made a decision. We said ‘You know what? They couldn’t see him. They didn’t know who he was,’ and honestly, it occurred to me that if someone is in a terrorist attack, the ideology of the terrorist doesn’t really matter when you’re trying to limp to safety.”

Some background on Tower: After seeing a piece by Pamela Colloff, who went on to be one of the film’s executive producers, Maitland became inspired to make a film about this shooting. Something that struck the director as a former UT student and a young boy in Texas was the fact that it was rarely talked about in Texas. Maitland saw the 50th anniversary of the event and the documentary as an opportunity to “acknowledge that and start a conversation that was 50 years waiting to happen.”

The collective trauma, he observed, was like “a large open wound” that “wasn’t allowed to be openly mourned.” That was the main goal of the film, says Maitland, who says bringing the film to Texas was “an incredibly cathartic experience.”

“The only expectation we ever set was completing the film and making sure that Claire and the others in the film felt comfortable with this very dark and terrible thing, and we started a conversation just for our community.”

While it sounds like Tower has fulfilled this original expectation, it’s gone much further, winning awards and critical acclaim. So where does it fit in to our current conversation around mass shootings? 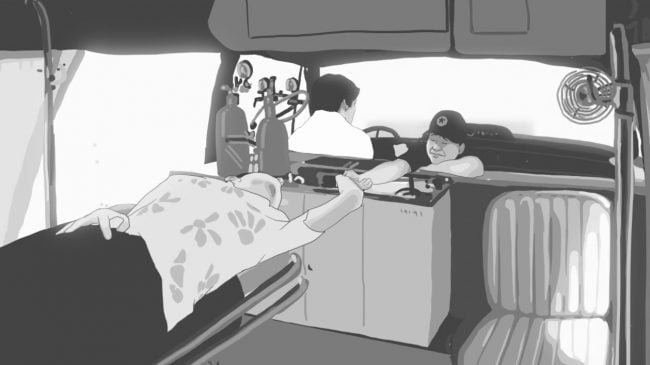 Despite the incredible timeliness of the 1966 shooting, which many refer to as the first school shooting, Tower didn’t set to be as politically relevant as it ended up being, to the extent someone asked Maitland, “Why should people care?” early on. Then, four months into production, the Newtown shooting happened. And then the Boston marathon bombing. And then the Charleston church shooting.

“No matter where you stand on gun control, no one wants kids killed on campuses,” Vieira says, commenting on the film’s lack of explicit politics. She points out that many pro-2nd amendment viewers praised the citizens who picked up their own guns to try and shoot the shooter as heroes. With the different perspectives, I think anyone can see themselves in Tower. One character confesses that in the face of disaster, she saw herself as a coward for hiding rather than helping. As someone who doesn’t know who I would be in the face of danger, I connected deeply with this. 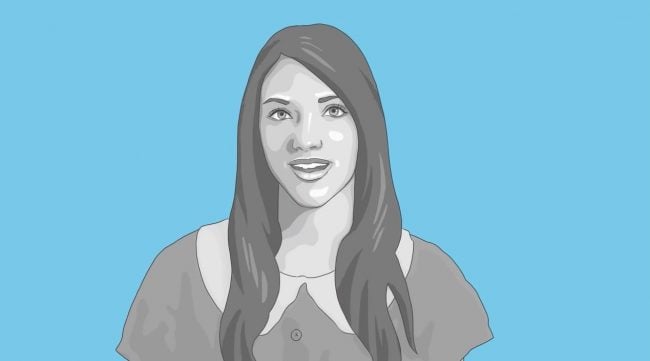 When I asked Maitland about how he sees this film fitting into this larger dialogue when media is struggling with how to cover shootings in a way that doesn’t glorify violence or encourage more shootings, he said:

“I believe in being sensitive and being humane in storytelling, but I also don’t want to lose the edge that’s what it is to be human. It’s that dynamic tension and we had the best practices that we kind of worked with, where our hope was not to glorify the shooter. Once we made the decision to leave the shooter out, the tiny bit of him that got in there were the most debated part of the movie because we had a boundary.

“After Newtown, there was a conversation: ‘Maybe we shouldn’t say the name as much as we have been,’ and then there was the Boston Marathon bombing and people were saying ‘Let’s focus on the people who ran towards the damage and not the people who ran away from it,’ and there was a shooting in South Carolina in a black church–and the people in the church that day came out and forgave the shooter almost immediately afterwards. While I was watching all these stories unfold, we were working on this film, and these were the themes we were seeing emerge from our characters. Almost at the same times, and it felt like there is a shift in the way people deal with this and maybe we can be a part of that shift in some way.”

The film has partnered with mental health associations, psychologists, law-enforcement organizations and teachers to start a conversation. They’ve teamed up with Killer Impact to bring Tower on a college and high school screening tour. The director says he’s excited to show the film to young audiences, because “they grew up under the threat of this violence.”

“They also grew up playing video games that don’t look too different from this animation,” he adds, “That’s part of the reason we made this film in that medium, because we want to speak to that audience.”

Tower is a story that celebrates human resilience and asks questions about how we should confront painful, collective trauma. Ultimately, Maitland says, it’s about “how to engage with that and carry that with dignity.”

You can learn more about the film and get it on iTunes here.