3D Display with Touchable Images is in Development, Sort of Creepy 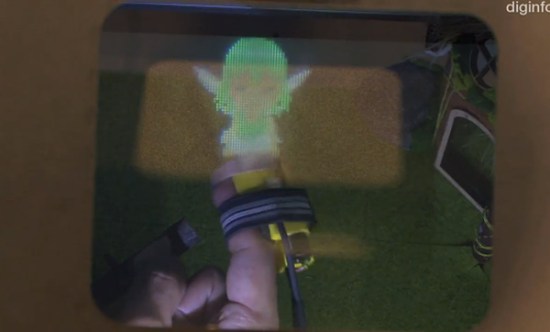 Since the most recent 3D boom, there’s been a race to make 3D technology better. Some people are focusing on bringing it into the home, expanding the field of view, removing the glasses, or making it not give you splitting headaches all the time. Researchers at Keio University, on the other hand, are working on a way to let you actually touch the images.

If tixel technology takes off, maybe some day you’ll be able to feel the images without additional hardware, but for now the researchers are primarily concerned with making the images react to where your hand is, triggering traditional haptic feedback. The display, which is glasses free, consists of a large box in which the image is displayed. A system of infrared cameras (think Kinect) track the location of your hand (or whatever) and the character on the screen reacts accordingly. You may remember that Eye of Judgment executed a similar effect (and did it well) but this is 3D so it’s perfectly OK to look all thrown together, right? Right?!

The fact of the matter is that for all it’s 3D-ness, the tech has a way to go. It seems the user has to wear some kind of sensor, although whether the finger-clip is the tactile feedback device they are currently testing is a little unclear. There’s also the matter that all the action happens through a tiny window inside a weird box, but expanding the field of view and interaction space is high on the researchers’ list of priorities.

For all it’s potential, I can’t help but feel like this is all a bit weird and I think it has to do with these researchers’ particular approach. While the Eye of Judgment example is awesome because you’re poking a fire-breathing dragon and it’s trying to bite you, this example is a little creepy because you’re tickling a tiny fairy. It doesn’t help that one of the developers describes the goal of the technology this way:

There are many interesting characters in animations and games, but since those characters only exist within the screen, it feels a little lonely.

Still, show me a version of this technology that looks less hacked together and that lets me flick around tiny soldiers trying to attack my hand or something, and I’ll be considerably more interested. Here’s to hoping its not all about tickling fairies.