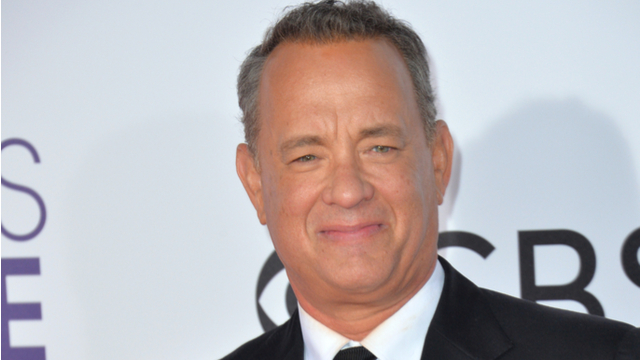 In an absolutely perfect bit of casting, Tom Hanks will be playing Fred Rogers in his biopic, You Are My Friend. I can’t think of anyone better suited to play Rogers, a man who was basically love incarnate, than “America’s Dad.”

I’ve written about my love of Mister Rogers before, including just recently with the announcement of the upcoming documentary Won’t You Be My Neighbor? More than ever, Mister Rogers’ unwavering message of love and hope is needed now. You Are My Friend is loosely based on Rogers’ friendship with journalist Tom Junod, and an article he wrote for Esquire 20 years ago. According to Variety, “In the story, a cynical journalist begrudgingly accepts an assignment to write a profile piece on the beloved icon and finds his perspective on life transformed.”

That article, which you can read here, is a winding deep dive profile that approaches Rogers through a dark yet loving lens. It’s a portrait of a man with the ability to truly touch people, to make them feel loved and seen, and in return, feeds off of the “grace” they offer him, “like a comic-book superhero who absorbs the energy of others until he bursts out of his shirt.” Rogers is out of place in the darkness of the world, but he is also the purest, brightest light.

I’m guessing we’re going to need to stock up on tissues.

You Are My Friend will be directed by Diary of a Teenage Girl’s Marielle Heller (why yes, we are excited that a female director is getting to direct a socially relevant Tom Hanks prestige pic!) and written by Micah Fitzerman-Blue and Noah Harpster, both of whom wrote on Transparent. Heller said of the script,

The script knocked me out with its message of kindness and its exploration of the human spirit. As a mother, I am so inspired by the teachings of Fred Rogers and as a human I am in awe of his life’s work. I can’t wait to bring his story to the public and be a part of such a thoughtful, smart group of people who are all coming together to make this film, which truly feels to me like an antidote to our very fractured culture.

There’s no release date for the film yet, but you can be sure we’ll be keeping our eyes on this one.