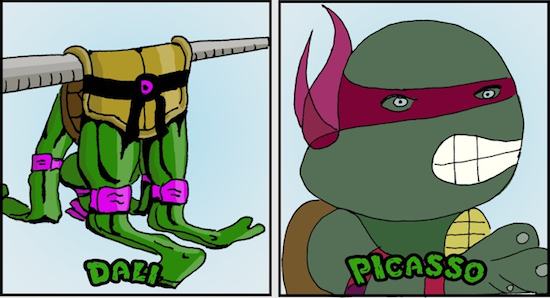 Either way, it’s a clever conceit. The top four panels — the turtles drawn by their namesakes — would have carried the comic alone, but the modern artists are what make it worth sticking around.

Cue argument over which turtle the Jackson Pollack is supposed to be in five, four, three…

Click on the comic to view it fully sized in its original habitat.