Things We Saw Today: Of Course, Kermit As Indiana Jones! 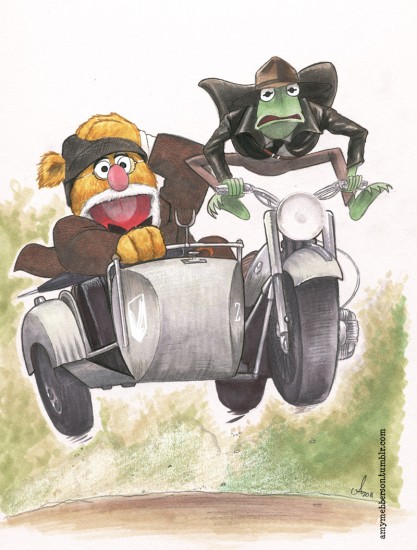 File this under “Things That Might Have to Exist.” By Amy Ebberson, and via her Tumblr page, My Junk Drawer.

And now, “The Hobbit by Oscar Wilde,” an excerpt from the alternate lit textbook, Alternate Authors: The Higgledy-Piggledy World of Re-Imagined Wordsmiths, published by Harcourt B. Jovanovich in 1958:

BILBO
How are you, my dear Gandalf? What brings you up to the shire?

GANDALF
Oh, a quest, a quest.  What else should bring one anywhere? Eating as usual, I see, Bilby!

BILBO
I believe it is customary in good society to take second breakfast at eleven o’clock.  Where have you been since last Thursday?

BILBO
What on Middle-earth do you do there?

EW has a preview of Batgirl #2 that you might be interested in. Here is a portion of the cover: 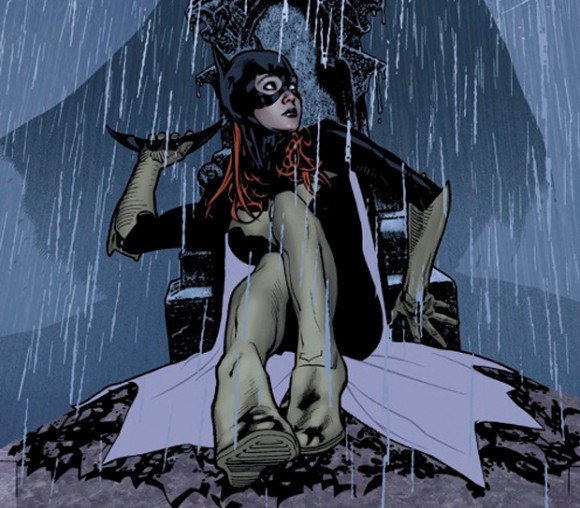 Kristen Lester has an eye for re-interpreting some of our favorite geek icons and as soon as someone makes a cartoon out of Buffy the Vampire Slayer, they should really consult her for character designs. (via Comics Alliance) 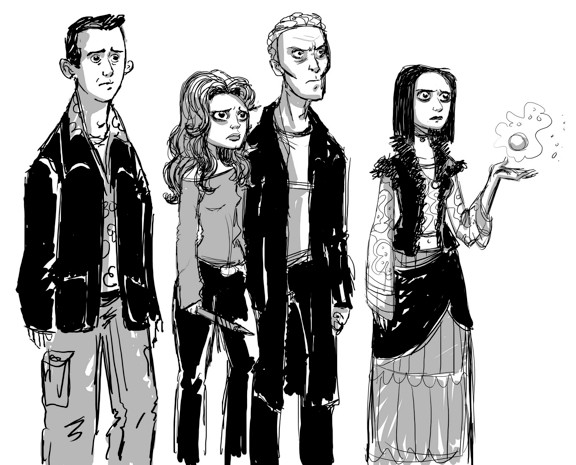 Tim Hanley has statistics on female representation in the new DC Universe for the month of September — and it is up to 11.4%! He adds: “On September 28, 2011, DC released 13 brand new titles with 88 credited creators, 78 men and 10 women.” The fact that these are good numbers should really make people think … (via Straitened Circumstances) 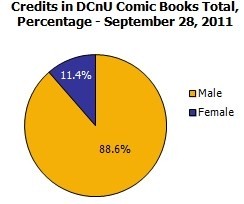 College Humor has an insightful look into the changes that happen during puberty by the X-Men. It’s weird, but it’s okay! It’s just like being a mutant! (via Laughing Squid) 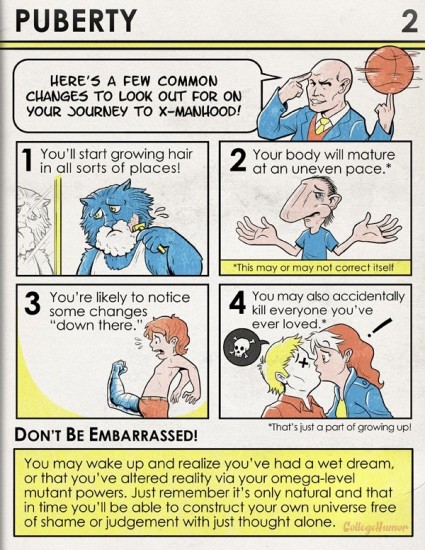 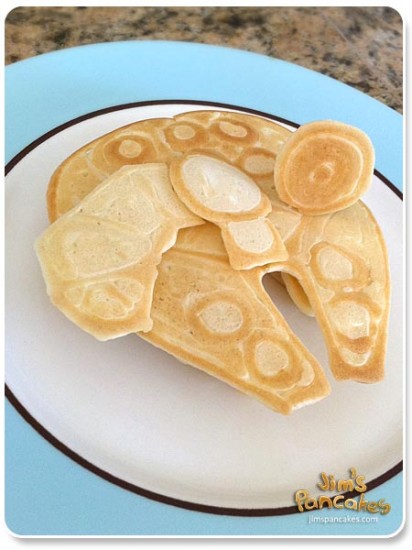