[UPDATED 5/8/15 1:22pm] – Target PR rep, Evan Miller, reached out to us with the following statement about the above Star Wars shirt!

It is never our intent to offend guests with the products we offer, and we take feedback from guests very seriously. We are in the process of removing the item from our stores and Target.com. I would appreciate if you’re able to update your piece with this statement so your readers know how seriously we take this situation. 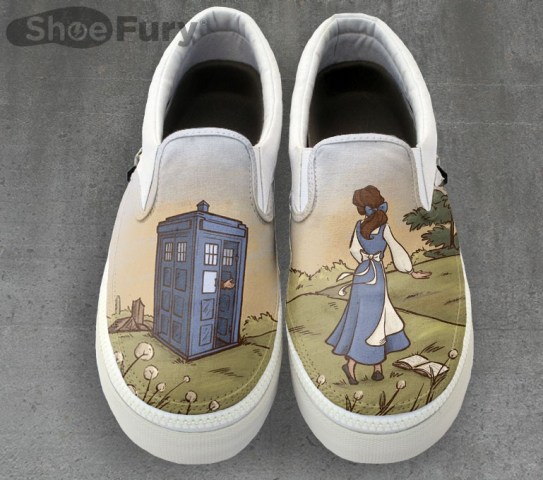 Belle wants adventure in the Great Wide Somewhere. Thankfully, The Doctor shows up to give her just that! Check out these awesome Beauty and the Beast/Doctor Who mash-up shoes from Shoe Fury, drawn by the talented Karen Hallion. Available for $69.99. (via io9)

If you’re a fan of Mindy Kaling’s first book, Is Everyone Hanging Out Without Me? (And Other Concerns), she’s just revealed the cover for her follow-up, Why Not Me?, due to drop in September. (via Entertainment Weekly)